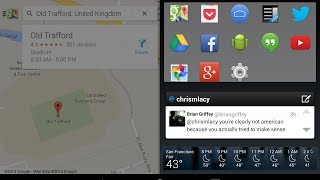 With ActionDash, you can visualize details such as screen time and notifications of apps on your device. With this update, long-pressing an app icon displays an ActionDash icon - tapping it will load that app's details directly in ActionDash, allowing you to instantly view your usage!

An original and balanced homescreen replacement

It's already difficult finding an Android launcher that brings up something fresh and original. It's an over-exploited niche. And it's also true that plain launchers do work properly and there's no room for innovation without threatening usefulness. However, once in a while a brave developer comes up with a truly groundbreaking yet balanced proposal. That's precisely the case with Chris Lacy's Action Launcher.

First, covers are similar to folders. If you tap a shortcut, it'll launch the app as usual. However, if you swipe up the icon it will spread out a group of icons as long as you have previously set that app icon as a cover.

Second, shutters are similar to covers but instead of spreading out a folder containing other shortcuts, it displays the app's widget if it includes any. That's a really good idea for enjoying the immediacy of widgets without giving up your free homescreen space.

Finally, Action Launcher features an innovative app drawer. You won't leave the homescreen to navigate through installed apps: a left-side menu will swipe in with a vertically scrollable list of apps (it really looks as the built-in Android phonebook).

Those are the main elements that distinguishes Action Launcher from other launchers. Obviously, it includes many other features such as gestures, icon packs, layout importing, full tablet support... and many more. However, you won't feel overwhelmed with features. It fall shorts on themes and appearance customization though.

In brief, Action Launcher is a well-designed, original and feature-balanced homescreen replacement.

Action Launcher brings the best features of Pixel Launcher and Android Pie to your device, then adds a wealth of color, customizations and unique features so you can quickly and easily make your home screen shine!

Standout features include:
• All Pixel Launcher features: swipe up from your dock to reveal the new full screen All Apps mode, tint the dock, use the new circular folder style, place the Google Pill and Date widgets and more. Enabled by default, and available for free!
• Full customizable dock search box: Complete control to color and customize the search box and its icons to your heart's content!
• At a Glance widget: Quickly view the weather, date and your next calendar appointment!
• App Shortcuts: Use Android 8's App Shortcuts, on devices running Android 5.1 or later!
• Adaptive Icon support: Devices running Oreo can use native Adaptive Icon support. Devices not yet on Oreo can also use Adaptive Icons by installing Action Launcher's official companion app, AdaptivePack!
• An inbuilt weather widget!
• Google Now integration for all!
• Full Notification Dots support.
• Quicktheme: marvel as your home screen is customized with the colors from your wallpaper.
• Shutters: swipe a shortcut to reveal an app's widget. Useful for previewing your inbox or Facebook feed without opening the app.
• Quickbar: customize the Google search bar with shortcuts and apps of your choosing.
• Quickedit: have alternative icon suggestions instantly presented to you, without having to dig through icon packs.
• Smartsize icons: icons are automatically resized to match Material Design's recommended icon size.
• Covers: an innovative take on traditional folders. Tapping a Cover loads an app, swiping a Cover opens a hidden folder which you have customized.
• Use icon packs, scale icons, hide and rename apps and much more.
• Full phone, phablet and tablet support.

Action Launcher allows you to import from your existing layout from other launchers such as Apex, Nova, Google Now Launcher, HTC Sense, Samsung/Galaxy TouchWiz and the stock Android launcher, so you'll instantly feel right at home.

Note: Some features require the Plus in-app upgrade.

6910+ clean beautiful round Icons inspired by Flat Icon design. Please Note :- This is an icon pack and it requires a custom android launcher like apex, nova etc. to work. It won't work with Google Now Launcher, Pixel Launcher or any launcher that came factory installed (except Lg , Xperia Home , Asus Launcher, One Plus Launcher & Blackber… 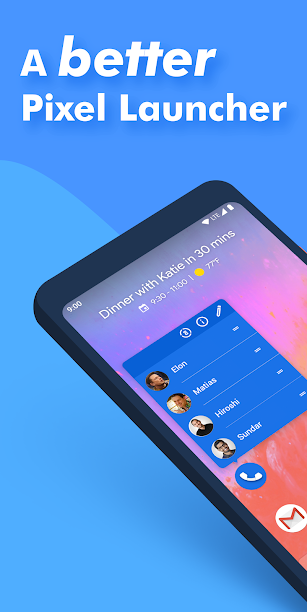 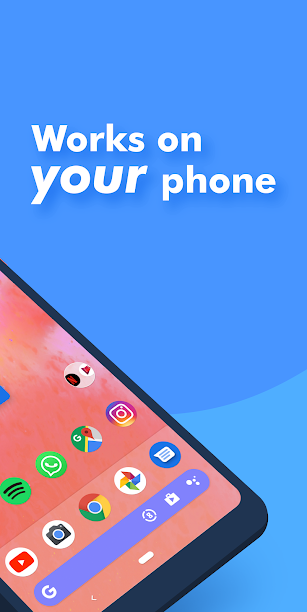 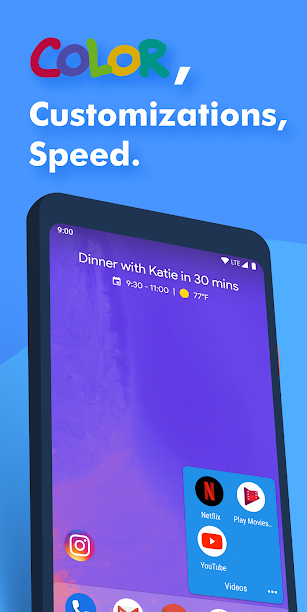 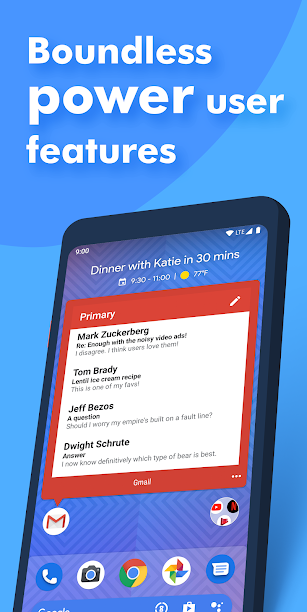