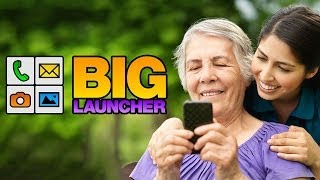 BIG Launcher is a homescreen replacement specially designed for the Elderly

"Are smartphones complicated? Then make them simple"

In this demo version some features are limited or not available.

Mobile phones evolve at the speed of light. Although there are still non-smartphones on the market, soon they'll be gone. For this reason, developers have to make an effort to adapt them to all audiences. BIG Launcher Team is one of the pioneers on making this real: they've developed a launcher for Android which change radically the appearance of your smartphone to adapt it to people with accessibility issues (specially the Elderly, people with bad sight or not really into new tech).

There's only one homescreen which is a grid divided in 6 cells which are shortcuts to phonebook, messages, camera, gallery, app drawer and a configurable SOS button for fast-calling to emergencies. At the top of the homescreen there's a big cell that shows date and clock and it's a shortcut to alarm and date & time preferences. All the shortcuts are easily recognizable thanks to the large and explicit icons that can be set at the user's whim. What's more, the different menus are set with a large font and accessible interface. The app drawer is still there, the only difference is that it's a vertical scrollable list.

The accessible interface and the simple but well-designed layout make it a real choice for people with accessibility problems. What's more, features as the SOS buttons are really appreciated. [UPDATE] Big Launcher has been enhanced regarding performance: now it runs smoother than it should and some new features have been added. Give it a go and discover them!

A fast and simple Android interface for seniors and people with vision problems.
Or even you, if you hate millions of icons.

BIG Launcher makes the smartphone suitable for seniors, children, and people with eye diseases, motor problems or the legally blind. Visually impaired and technically challenged users can use the simple and easy-to-read interface with ease. There is no fear of making a mistake and losing everything with stress-free navigation. And it also features the SOS button which can save lives!

Your new home screen
The BIG Launcher replaces the user interface of any phone or tablet with Android 2.1 or higher. It is designed in consideration with seniors and the visually impaired to provide maximum readability and easy use.

Enlarged icons
Large buttons are easy to use - they are controlled by single touches, leaving no room for errors.

Easy to use phone
Access all the functions of the phone via a simple interface. No confusion, no complications. Large texts and color coded icons help you to easily distinguish between items.

Well-arranged call history
Quickly access favorite contacts from the menu or by putting them directly on a home screen. Browse through the call history and easily call back or reply with a message.

Big font SMS editor
SMS messages are sorted by conversations. Large font and color coding is used to display the message thread. Reply easily to any message with the easy to use SMS editor. Writing a message has never been simpler.

Quickly run all your apps
Use big shortcuts for your most used applications or find them quickly in the app list with instant search. Recently used apps are at the top of the list. Shortcuts like web bookmarks can also be placed on the home screen.

Hide unwanted apps
Hide the apps you don’t want to use to keep your app list clean. Useful for restricting access to those off-limit apps as parental controls or to protect users from getting lost in the navigation.

100% accessible
High contrast color schemes and three different font sizes allow you to use your phone without glasses. Additional color themes are available for download. Extended support for Talkback screen reader allows legally blind users to use their phone with ease and confidence.

For elderly or kids
Older people love the big battery and signal indicators, direct dialing of their favorite contacts and the SOS button with geolocation for the cases of emergency. Kids appreciate colorful backgrounds.

Password protection
Full screen mode and password protection prevent the users from getting lost or from deleting something important from the phone. This creates a completely safe mobile environment.

Choose the features...
Customize BIG Launcher easily to match your needs - set up an unlimited number of screens with apps, contacts, shortcuts or widgets. Swipe between them or use the buttons to group related functions.

...and pick a theme
You can choose from many downloadable visual themes and icon packs to customize your phone. Also, every screen can have a different background.

This app requires a permission to read the phone status and identity because of the SMS/MMS functions. For more information about required permissions, please see http://j.mp/BLperm

The easiest launcher for Android !!!. For those who like simplicity !!! Ideal especially for televisions Smart-TV and tablets - but works on smart phones with small screen. Experience shows that smart phones with small screen is not very convenient to work - but on tablets and TVs Smart-Tv is very convenient to work, there are many opportunities t…

Simple Senior Phone features a simple and easy interface with big buttons for easy calling, texting, SOS, location functions and other functions (weather, magnifier, music, torch,..). A perfect phone and a simple launcher for your grandparent. Senior Phone makes your phone easier to use - be it for you, your parents, grandparents, seniors or anyone…

iBOLT Dock’n Drive Community: https://plus.google.com/communities/117597739134268371946 ***Watch Video demo for optimal use of this app*** The "Connected Car" is here today! With Dock'n Drive up to 30 tiles can be set as large shortcuts to favorite apps and direct dials for frequently used contacts when driving. A floating icon app…

BIG Launcher is a homescreen replacement specially designed for the Elderly. Mobile phones evolve at the speed of light. Although there are still non-smartphones on the market, soon they'll be gone. For this reason, developers have to make an effort to adapt them to all audiences. BIG Launcher Team is one of the pioneers on making this real: they'v….

Koala Phone is a simple mobile system. You can control your phone without glasses. You will never do any mistake again thanks to the large keyboard and readable texts. This application is focused for easy calling and messaging and also contains specially designed apps like the camera, gallery, alarm and flashlight. You can simply run other apps di…

Simple Phone Seniors, an easy phone! *** IMPORTANT NEWS *** Download the new version of this app here: https://play.google.com/store/apps/details?id=com.duckma.phonotto Tired of all the bells and whistles that come complete in today’s phones? Hi-res cameras, speedy processors and cool apps just aren’t your thing? Whatever the case may be for you… 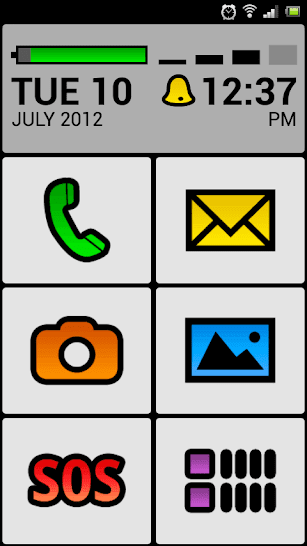 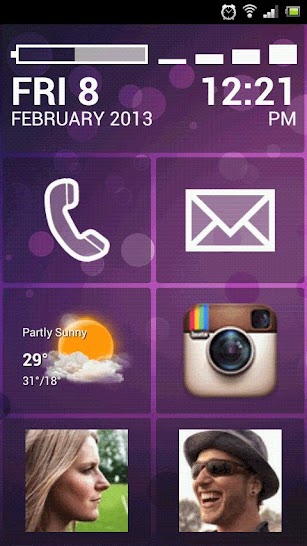 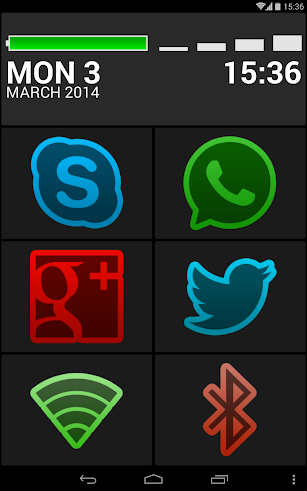 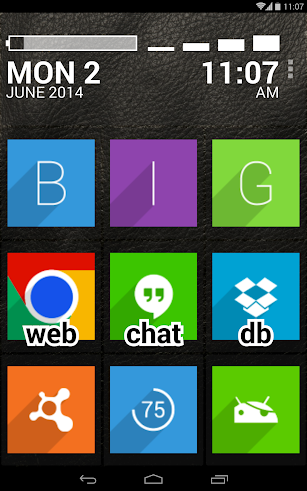 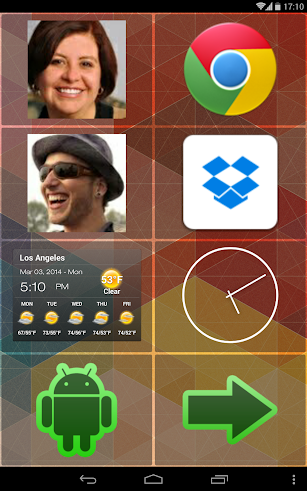 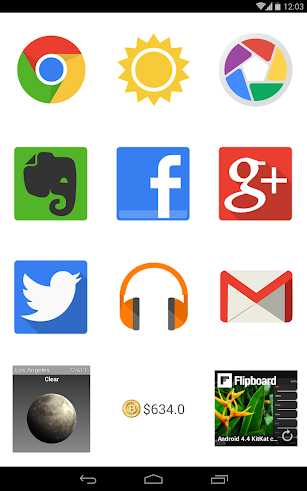 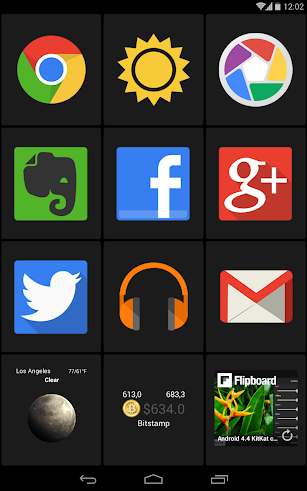 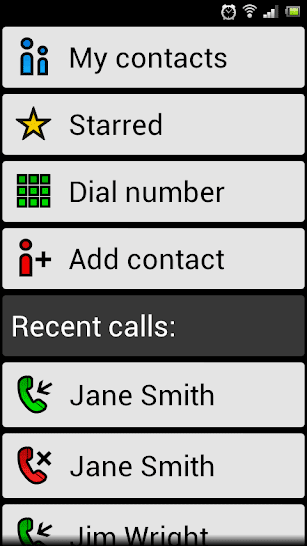 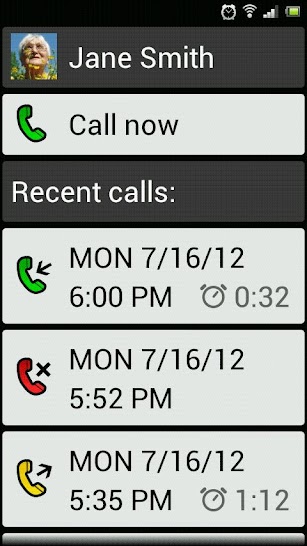 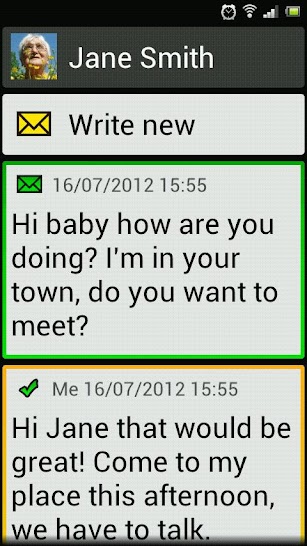 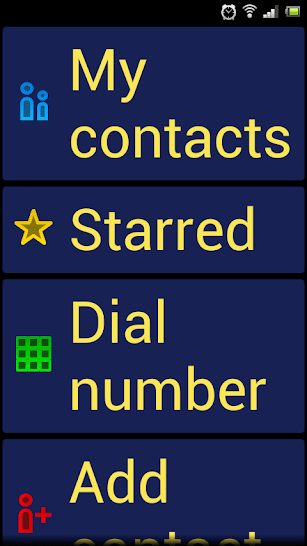 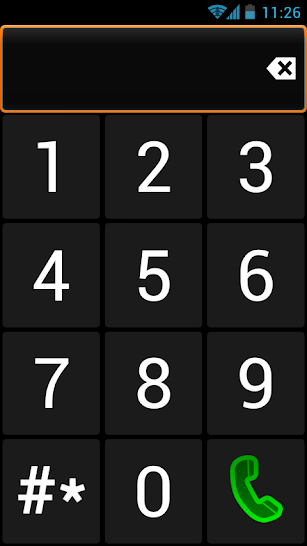 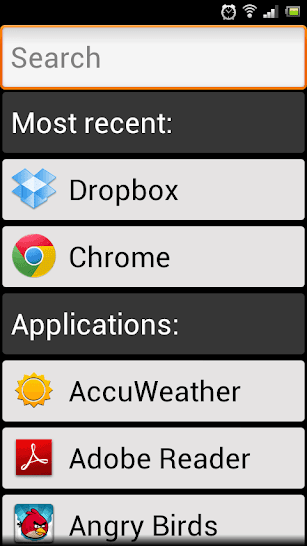 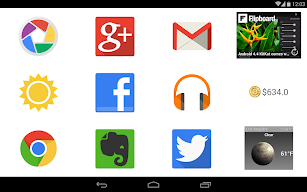 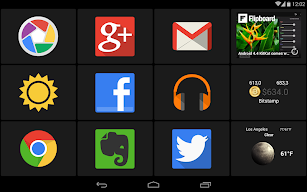 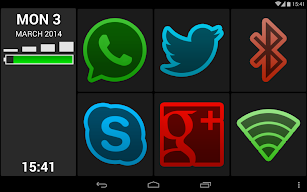 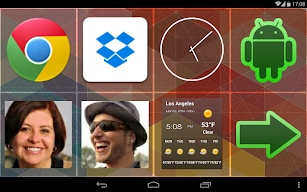