[Full] Blow Them All Wallpaper 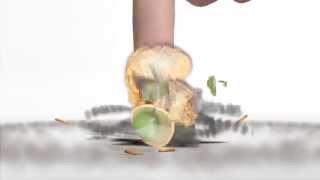 Play a game with your background wallpaper

Blow Them All Live Wallpaper is a combination of a game and a wallpaper for your home screen that wants you to become the leader in its leaderboard.

What does it do? This is a highly interactive wallpaper in which your task is to tap the Android characters in order to make them explode. The more you blow up, the higher your score will be, so try to create big combos and complete all the available achievements which depend on the number of Androids exploded (from 10 to 100.000, including a reward).

Of course, this is also a customizable wallpaper, which means that you can select the number of Androids, their speed, the app sound and the background and theme.

Mobile Co Studios is the developer of Blow Them All Wallpaper free version and the full one with all the preference options, achievements and complete list of themes. Fun and original, entertaining even if it wasn't necessary.

Blow them all is a game that runs in your home screen. It runs as a live wallpaper for your android device.
The objective is to explode all the androids as you can.

From the creators of "Stickman Live Wallpaper"
* Christmas special theme *

Experience your android device like you never did before with this game!!
Can you be the first one to complete all the achievements on this Live Wallpaper?
Can you be #1 on the world wide leaderboard?

Note: We strongly recommend you try it out in a tablet device.

• Blow them all live wallpaper it is the most INTERACTIVE android wallpaper ever!!
• Compete with your friends and with the whole world with the online leaderboard !
• Get all the achievements!
• Select the number of Androids you like to appear running !
• Select the speed you like the Androids to Run and Explode !
• Randomize function ( Change themes automatically )
• Shake your phone to blow them all!

• • Get the FULL Version to UNLOCK THESE FEATURES AND MORE! • •

*Blow the running androids as they pass through your screen
*Get Combinations, X1 X2 X3 X4!!
*Shake it to blow them ALL!!
*See how many Androids you blow with the meter on the upper left!
*Don't let them run or escape !!

~Complete all the Achievements!!

It works great on the Galaxy S4 , Galaxy S3, Nexus 4, Galaxy Note II , HTC ONE , and all the ANDROID phones starting from gingerbread version ( 2.3 ) to Jellybean ( 4.2 ) !!
Also it runs perfectly on tablets, 7 inch tablet and 10 inch tablet display.

Winter Lands: fantastic Nature Live Wallpaper featuring a great and peaceful winter scenery. Contemplate the pure and innocent snow landscape, warm flickering fire, and cozy mountain hut. Find your dreams of snow and winter life! And throw some snowballs, just touch the screen! Draw your own scene with sparkling lights in edit mode, and watch the…

Recklessly drive monster trucks . This game requires a heavy previous download. However, you'll see how much it's worthy of it thanks to Dogbytes' great job. This version is optimized for Sony Xperia devices. If you aren't a lucky owner of that device, look for Offroad Legends instead. Throughout more than fifty tracks you will drive a monster truc….

The ARTware Graph Clock is a live wallpaper (LWP). The Graph Clock displays the year, month, day, hour, minutes and seconds in a new innovative/unusual way. It is not your regular Swiss Watch. We are to much used to the traditional way, where two or three hands of different length rotate around a common axis. This has worked quite well over the ye…

Blow Them All The Game

Blow Them All Live Wallpaper

Play a game with your background wallpaper. Blow Them All Live Wallpaper is a combination of a game and a wallpaper for your home screen that wants you to become the leader in its leaderboard. What does it do? This is a highly interactive wallpaper in which your task is to tap the Android characters in order to make them explode. The more you blow….

St. Patrick's Day Live Wallpaper is one of the best this green “HD wallpapers” that guarantees to bring you the luck of Irish. Sprinkle the fairy dust across your “green screen” and get ready for St Patrick's day 2014. The festival of lights, green beer, Irish music and Irish dancing is just around the corner! Discover the magical world of… 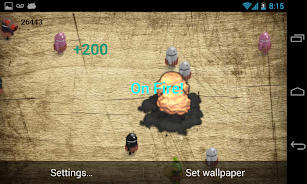 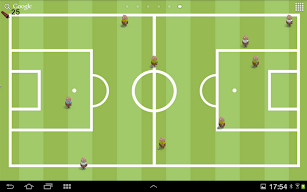 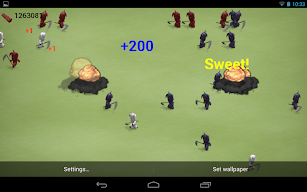 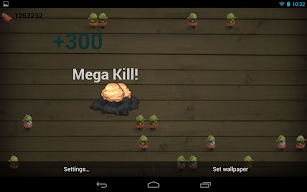 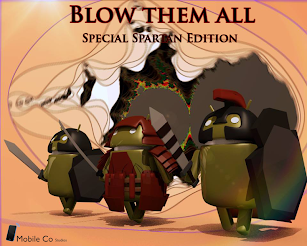 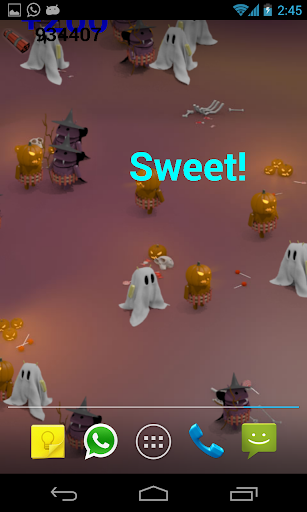 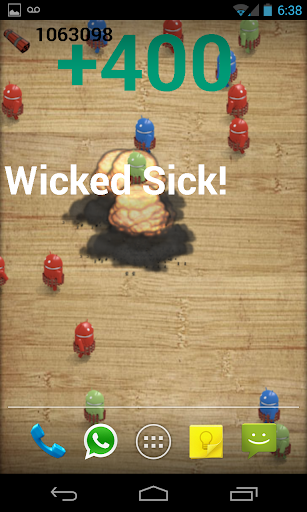 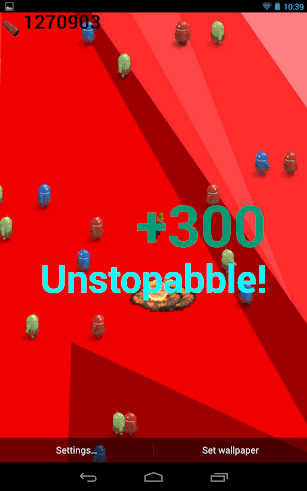 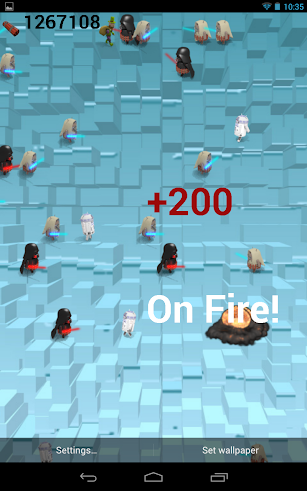 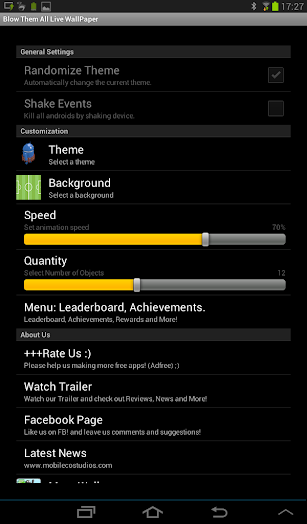 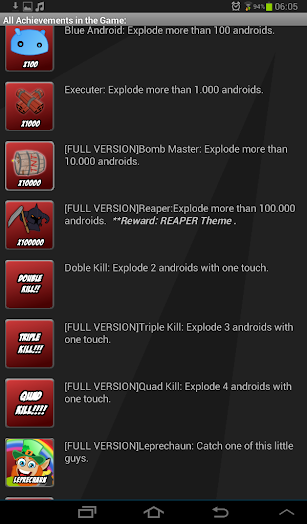 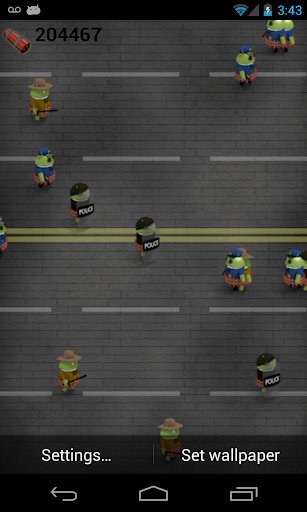 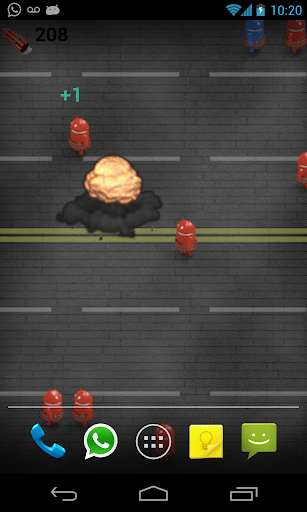 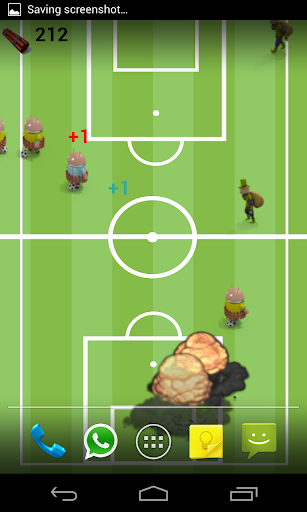 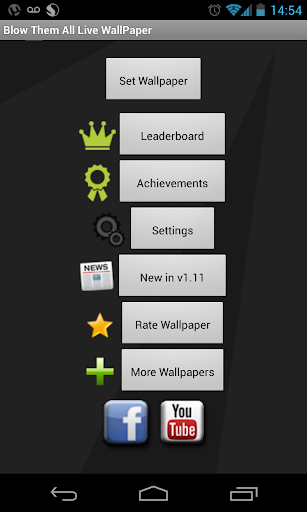 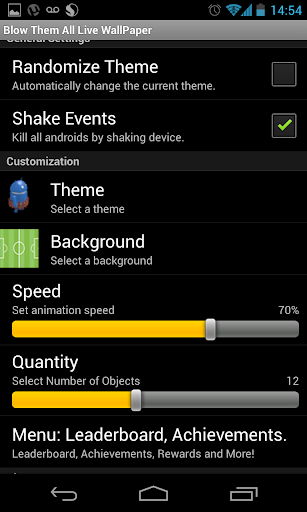 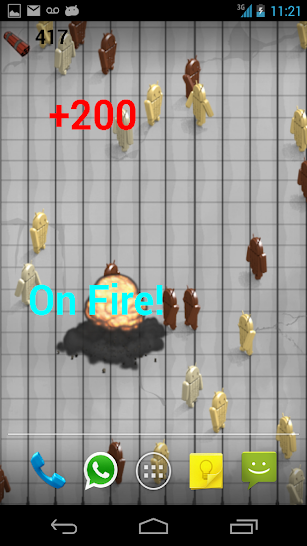 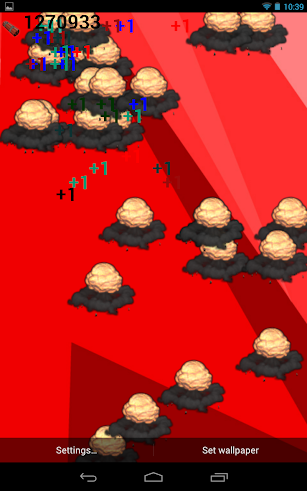 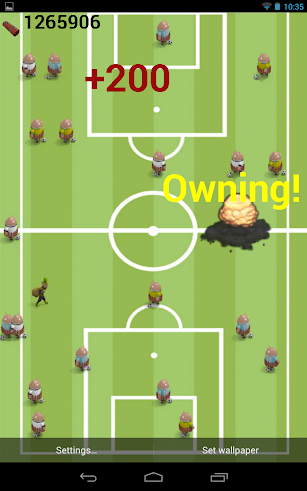