This Application allows you have the images of your Favorite Celebrity on your phone totally FREE!! You can have a slideshow of images or have you could even chose to have one static image as your wallpaper.

Your FEEDBACK will always be welcome and it will surely help us improve. In case of further issues you could even EMAIL us!!
THANK YOU.

Hunter Easton Hayes (born September 9, 1991) is an American country music singer, songwriter, and multi-instrumentalist. He is signed to Atlantic Records Nashville, and released his self-titled debut album in October 2011. The album included the Top 20 country single "Storm Warning" and the number 1 singles "Wanted" and "Somebody's Heartbreak". A 2013 re-issue included the Top 5 single "I Want Crazy".

Hayes and actress/singer Victoria Justice contributed a duet to the soundtrack of 2011's Footloose remake, recording a cover of Mike Reno's and Ann Wilson's 1984 hit "Almost Paradise" from the original film. Hayes made a sneak appearance on the compilation album Now That's What I Call Music! 41 with his song "Somebody's Heartbreak".
From January to February 2012, Hayes was the opening act on the Rascal Flatts "Thaw Out" tour.

"Where We Left Off" is an original song, written by Hayes, that can be heard on the soundtrack for the 2012 war film Act of Valor. During the 2012 O Music Awards, The Flaming Lips broke a Guinness World Record (previously held by Jay-Z) for most concerts played in multiple cities in a 24-hr. period. Hayes was the opening act for them at the Hattiesburg stop.

In May 2012, Martin Guitars named Hayes as C.F. Martin & Co.'s newest brand ambassador. American Songwriter quoted Hayes on the subject: "It is an absolute honor to be named an official Martin Ambassador and to be recognized by the Martin family."

On September 7, 2012, he was inducted at the Mahalia Jackson Theater in New Orleans, Louisiana into the Louisiana Music Hall of Fame as its youngest member.

On July 24, 2012, he appeared on the CBS's, The Talk, where he was then given an RIAA Gold Certification plaque for “Wanted”. Just shy of two months since "Wanted" went gold, the song was certified Platinum by RIAA on August 23, 2012.

"Wanted" became his first No. 1 single, making him the youngest solo male act to top Hot Country Songs, breaking the record set in 1973 by Johnny Rodriguez. Twenty weeks after first appearing in the top spot and under a new chart format, "Wanted" returned to the top spot. "Somebody's Heartbreak", the album's third single, went to No. 1 on the Country Airplay chart.

He was also nominated for 3 Grammys including Best New Artist at the 2013 Grammy Awards; he is the youngest male country artist to be nominated in all 3 categories for which he was nominated. The album's fourth single, "I Want Crazy", which is from the deluxe Encore edition, was released to country radio on April 7, 2013. It peaked at number two on the Country Airplay chart in August 2013. Following it was "Everybody's Got Somebody but Me", a re-recording of a song from the original press of the album. The re-recorded version features guest vocals from Jason Mraz.
Hunter was one of five country singers who won a CMT Artist of the Year award; this award is awarded every year to a group of country musicians who have had an outstanding year.

Hayes performed "Invisible," the lead single from his sophomore album, at the 56th Annual Grammy Awards. Hayes' second major studio release will be available in May 2014.

The ancient legends are true. No one will believe them until they have the misfortune of coming face to face with them, however. To forget the past and live a normal life or follow the unknown, the choice is yours... How can you refuse, when at stake is the life of your beloved daughter, and the past, you tried to forget all this time, haunts you…

This app livens up the group blind date by choosing a topic randomly from the topic list. You can count on this app for 30minutes of fulfilling conversation at a group blind date! Don’t you sometimes experience some moment of silence because no topic comes out at a group blind date? Also, don’t you wanna know about a person’s private, whom you are… 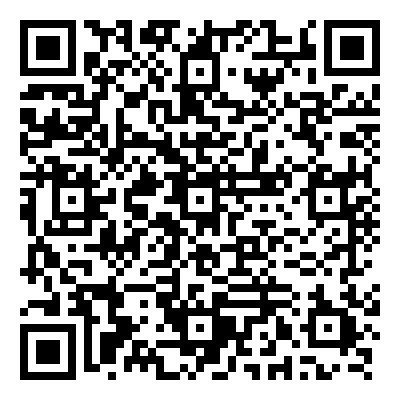