Lee Min-ho born June 22, 1987 is a South Korean actor who is best known for his leading roles in Boys Over Flowers as Gu Jun-pyo, the leader of a group of students known as F4, and action drama City Hunter
Min-ho was born in Heukseok-dong, Dongjak-gu, Seoul, South Korea on June 22, 1987. His family consists of his mother, father and one older sister. As a young child, Min-ho hoped to become a football (soccer) player, but an injury in the 5th grade of elementary school put an end to his dream. Min-ho, however, still keeps up with football and has stated that Cristiano Ronaldo is his favorite player.

In his second year of high school, Min-ho turned to acting. By his senior year in high school he had joined Starhaus Entertainment with the help of an acquaintance. After going through training, Min-ho started auditioning and landed small roles in several television dramas. In 2006, his acting career was put on hold for a year following a serious car accident in which he was severely injured. Childhood friend and fellow actor Jung Il-woo was also injured in the accident.

In 2010 Lee followed up the success of Boys Over Flowers by staring in the MBC TV drama Personal Taste in which he played a ambitious perfectionist young architect who poses as a gay man to become roommates with a young woman leading to romantic complications. When asked about why he chose the role during an interview he responded "I think I would do a better job playing heavy and more defined roles when I am older. I think "Personal Taste" was perfect because it is bright, cheerful but you can also laugh and cry over it as well." The series received above average ratings.

In 2011, he starred in the hit action drama City Hunterwith actress and model Park Min Young. The drama's popularity throughout Asia has also contributed to Min-ho's growing popularity in Asia, most notably in Japan, Philippines and China. He took the number one spot for Best Hallyu Star in a Japanese magazine dedicated to Korean dramas in June of 2012.

On April 6, 2012, Min-ho announced on his Facebook page that he would appear in a new drama called Faith (Hangul: 신의, Rom.: Shinui), which aired from August to October 2012 in Korea.

Qi Gong for Health and Healing

The qi gong masters say that looking for happiness in the outside world is like trying to catch the wind in a net. If we want true fulfillment, tranquility, and joy, we must cultivate them from within. It was for this very reason that the ancient sages first developed the art of qi gong—or working with life-force energy to bring forth healing, insp…

The Sanskrit word “pranayama” means to release life energy from its bounds. When practiced correctly, this powerful form of yogic breathwork can reveal the intricate web of your thoughts, physiology, and energetic patterns. It can quiet your mind, heighten receptivity, and open you to the intrinsic radiance of Being. With the Yoga Breathing app, Ri…

The teachings of Buddhism describe two realities: the ordinary field of time and space, and the infinite realm where we experience true freedom, peace, and joy. With the Ultimate Dimension app, you are invited to join Thich Nhat Hanh for an advanced dharma retreat to enter this spacious landscape. This app immerses you in six teaching sessions rar…

What if there were a way to gain the benefits of yoga, meditation, and other forms of stress reduction in a single, proven method? Tibetan energy yoga, born over ten centuries ago when the yogis of India first brought their secret techniques north to Tibet, does just that. Combining Indian yoga with Tibetan principles of mind training, the practice…

You were never born. You will never die. And the reason you've incarnated is to reveal the glory of the Divine as you and you alone can. This is the essence of the Life Visioning Process, Michael Bernard Beckwith's transformational inner technology for uniquely expressing the love, wisdom and beauty that you are. As we walk the spiritual p…

One of the most beloved artists in the world of devotional chant is the musician known as Wah! A multi-talented performer who has delighted fans for over a decade with her inspiring and blissful music, her voice rings with a powerful innocence and beauty. Now you are invited to experience The Best of Wah! app, which presents a collection—selected b…

The Inner Art of Meditation

Meditation is not a means of self-improvement—it is a way of discovering the truth and relating to it with compassion and honesty. Awaken to a richer spiritual life with the Inner Art of Meditation app, a comprehensive study course on vipassana (“insight”) meditation taught by Insight Meditation Society cofounder Jack Kornfield. Use this app to lea… 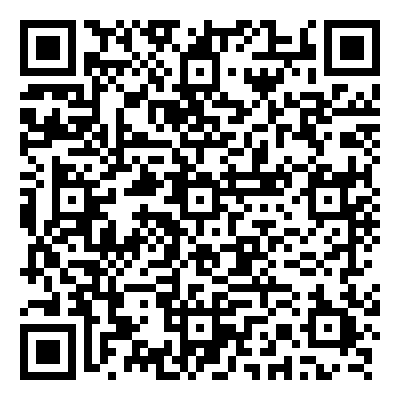