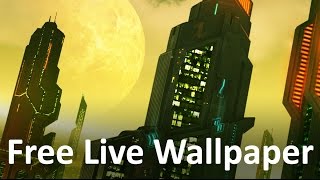 A 3D live wallpaper that is set in a scifi futuristic society with aurora of lights animation. (No Ads)
You will be scoping around this scifi city with filled animated spaceships.
All of the buildings are modeled as 3D objects in this live wallpaper.
You can move around this space city colony by swiping the screen and daydream about being in another planet in an exotic solar system.
Inspired by futuristic space galaxy colonies in such movies as Star Wars, Star Trek, Battlestar Galactica and Blade Runner.
Created by one of the original artists who worked on the block buster PC & Xbox 360 game Mass Effect.
Or you can turn on the free pan, as the camera will move around in this alien city of the future.
You can change the colors on the fly which makes the city like it is from different galaxies.
It supports landscape and portrait mode. The City’s animated futuristic towers and hovering sci-fi cars make this wallpaper even more alive.
Visit alien life from another galaxy. If you’re a big fan of Sci-Fi films and Games (such as Star Wars, Star Trek, Battlestar Galactica, Mess Effect ), this is the live wallpaper for you.
Easy controls let you feel like a veteran with app after few minutes.
Featuring:
9 Beautiful color themes that changes the color of the city landscape.
Cool blue, red adventure, toxic green, yellow hope, dark peace, sexy purple, pure green, pink lady, ocean blue.
Option to change the speed of city lights animation.
Control the amount of traffic.
Simulate swipe to explore the city.
Enable automatic camera movement.
Double tab on screen to get to the settings.
Enable and disable building animation.
More themes, colors, city types, buildings types will be added in upcoming versions.

Eid is a beautiful occasion with beautiful blessings in the form of different small beautiful happinesses gifted by Almighty ALLAH after the Holy month of Ramzan. One of the small gift is Mehndi/Henna which is very attracted by women in Pakistan, Bangladesh,India,Nepal and Arab countries. It is applied mostly on different occasions like Eid,Wedding…

It's a new type of puzzle game which makes lots of cute Mijinkos! Tap the blocks to feed Mijinkos in order to produce more! With big combos, rare Mijinkos can appear! How to Play The rules are simple. Quickly tap at least 3 blocks of the same color that are aligned together. The more you erase, the more Mijinkos you get. Increase your…

LeaderTask is a user-friendly service for time management. Create your lists of tasks for every day, arrange them by projects, divide tasks into subtasks, set reminders for important tasks, attach documents to tasks, assign them to your friends/colleagues and a lot more! Organizer LeaderTask is developed for those who want to get all at once: tas…

Dwayne Michael Carter, Jr. (born September 27, 1982), known by his stage name Lil Wayne /ˌlɪl ˈweɪn/, is an American hip hoprecording artist from New Orleans, Louisiana. In 1991, at the age of nine, Lil Wayne joined Cash Money Records as the youngest member of the label, and half of the duo, The B.G.'z, with fellow New Orleans-based rapper B.G.…

Motion D-Tect turn your smart phone into a high-tech surveillance device. It uses the built in camera to take pictures when motion are within view. It uses advance signal processing detection algorithm for fast capture and has low false alarm rate. The app can also sent captured pictures by email or upload it to Facebook (private mode) with details… 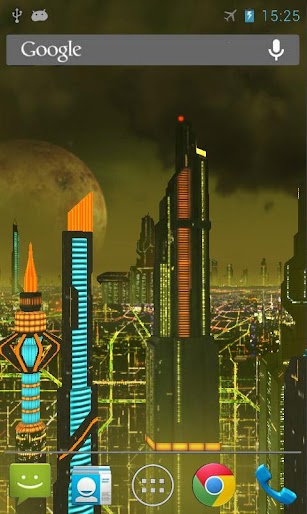 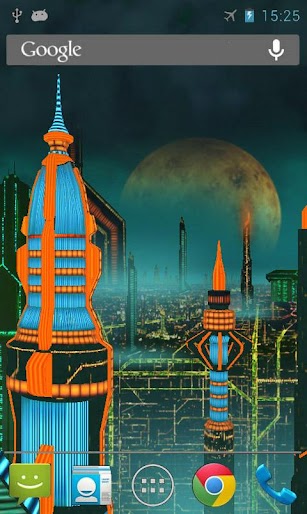 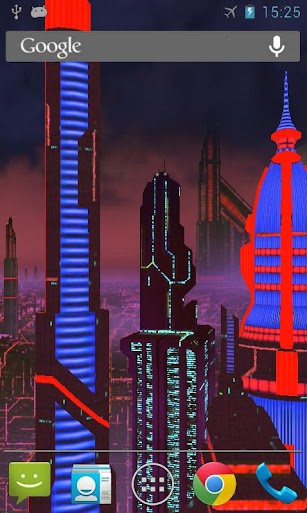 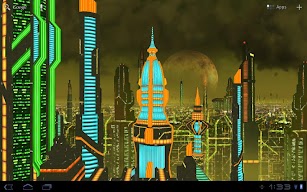 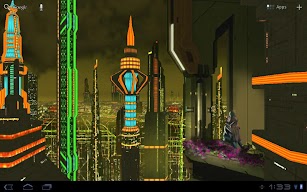 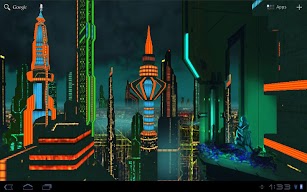