Zendaya is an American actress, singer, and dancer. She currently stars on the Disney Channel sitcom Shake It Up as Raquel "Rocky" Blue.
Zendaya began her professional career working as a fashion model for Macy's, Mervyns and Old Navy. She was featured in an iCarly toys ad along with Stefanie Scott. She also appeared as a back-up dancer in a Sears commercial featuring Disney Channel star Selena Gomez; in 2009, she was a featured performer in the Kidz Bop music video for its cover of the song "Hot n Cold" from Katy Perry and was released on Kidz Bop 15.
Zendaya currently stars on the Disney Channel original series Shake It Up as Raquel "Rocky" Blue alongside Bella Thorne as CeCe Jones, the comedic duo trying to dance their way to stardom. She additionally starred in the book trailer for "From Bad To Cursed" by Katie Alender. Her first movie role was the 2012 film, Frenemies along with Shake It Up co-star, Bella Thorne and Stefanie Scott from A.N.T. Farm. A Disney Channel Original Movie based on the TV series Shake It Up is in development. Zendaya performed her song Dig Down Deeper at the Macy's Thanksgiving Day Parade.
If you’re not sure what live wallpapers are, they're a type of application that works on a mobile device using the Android operating system (like your device!). The application works as a wallpaper – providing the background image for the home screen—but also works as a conventional application since it can provide user-interaction with the touch screen (allowing the image to change dynamically, for example) and access other hardware and software features within the device (accelerometer, GPS, network access, etc.).
**Multiple backgrounds!** Switch up the background as often or as little as you like with user-configurable options.
**Power saving features!** This app uses much less power than typical live wallpapers. It will take a bit more power to operate than a normal wallpaper, but much, much less battery power than the average live wallpaper.
**Super easy to use!** Upon install the app will bring up the options menu and then immediately let you set the wallpaper. No hassle and easy to use!
**Translated to 35 languages!** Do you really, really want to learn Russian? We didn’t think so, but it’s available just in case, in any language your phone can display!
Please note that live wallpapers can’t be set automatically. We’ll bring you to the setup screen where you’ll select the live wallpaper. We’d love to do it automatically but Android doesn’t allow it. Maybe some day.
Zendayahas not endorsed this app. Select text from Wikipedia, which does not endorse this product. Licensed under the creative commons (creativecommons.org/licenses/by/3.0/). Text at wikipedia.org/wiki/Live_Wallpaper and wikipedia.org/wiki/Zendaya.

Tags: from bad to cursed zendaya

Try to pick the locks. Use your finger to place every tumbler at the right place. The sound helps you when you are getting closer.

This is a beautiful high quality live wallpaper of Gautama Buddha. It features Buddha and his statue with shower of animated flowers, leaves, diyas and dharmacakra. Siddhartha Gautama was born in 563 BCE (Cousins, 1996) in Lumbini ( modern-day Nepal) and raised in the small principality of Kapilavastu. His father was King Suddhodana, the leader of…

Sticky Notes Widget-Free ==================== The user can make notes quickly using this lite HOME SCREEN WIDGETS.that is, these widgets acts as a typical sticky notes in the home screen. Sticky Notes Widget is an easy to use widget for noting down - daily list of Home Works, - daily things 'to do', - daily items to purchase/procure, - tr…

★★★ Immerse yourself in a multi-sensory science and discovery experience like no other. Touch the screen and watch the most visually stunning euphoria electric particles follow your fingertips! ★★★ Eden's Galaxy World invites you to captivate your senses in one of the most visual interactive multi-touch visualizer that aims to open you to a n…

Learn kanjis and japanese verbs and conjugations in a few hours without effort, with three types of exercises: drawing the kanjis with your finger on the screen, writing the pronuntiation in hiragana or katakana and learn the meaning by hearing the pronunciation and clicking the right meaning while it appears. There is also exercises to practice th… 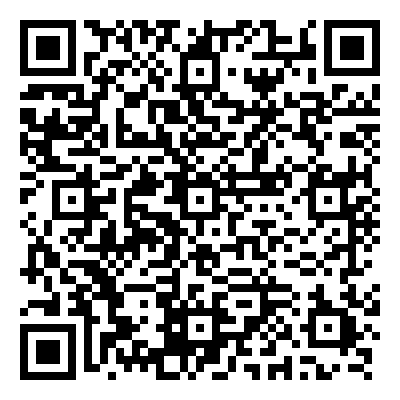