Android built-in camera is getting better after each new version. However, indie developers surprisingly seem to be a step ahead. That's, at least, Perraco Labs' case. Cameringo is a simple yet intuitive camera app which is meant to replace Android stock camera in many devices. On mine it has already happened.

Let's focus on it. Cameringo's added-value features are basically three: intuitive and stylish interface, amount of filters and real-time filters applying. As it was your device stock camera, tap the icon to launch the capture screen. It includes just the basic needed stuff: a "capture" button with auto-focus, a button to access the gallery, a filters button that are applied in real-time or once the photo is taken, zoom, share, switch between back and front camera, fast access to last photo and to some extra options (image stabilizer, silent camera mode, guidelines, horizon level and "photo by tapping the screen". Everything is set in a way that makes the app easy to use and intuitive.

The amount of filters is just insane: 50+ good-looking filters including most popular as Lomo, Super-8, Cartoon, X-Ray, Zenit or fish-eye. However, one of the feature I personally like most is the "photo review mode": you can keep shooting from a small screen while in the large screen is shown the last photo taken.

Perraco Labs is working on further improvements of the app like faster rendering (although the apps runs pretty smooth), Geotagging support or HD photos.

• With a simple yet stylish powerful interface, this professional photographic camera includes a large variety of photo effects in fast real-time such as lomo and vintage, including several types of the lens such as fisheye, wide angle, and much more. In total over 300 customizable live filters, and over 20 frames.

• For HDR fans produce the most beautiful images with the FAUX HDR tone mapping filters.
Also, you can create little planet photos with the stereographic filters, or use the dedicated Little Planet mode.

• Lomography and hipster photography fans will also be pleased with the emulated effects of some classic cameras including 16mm and super-8 styles that you will find easily in the included filter packs.

• Enjoy video recording with live filters, including slow and fast motion video recording, pause and resume, and even drawing in real time while recording. (Note that video requires Jelly Bean 4.3 or higher)

• A GIF recorder is also included which similar to the video can be used with all the available filters, allowing even to change the recording speed to produce funny animations or even record in reverse mode.

• Cameringo offers advanced features that DSLR camera owners will envy, as you will be able to change in real-time the image exposure, contrast, brightness and more, allowing to modify uniquely each filter to achieve unique creations. You can use this Android Apps To Click Photos Professionally.

Camera MX offers every Android user an easy-to-use yet full-fledged camera app, regardless of the manufacturer of their smartphone. With over 20,000,000 installs, Camera MX is one of the most trusted free stock camera alternatives for Android. Try it today to discover why! High-Quality 1. Support of all resolutions and ratios your camera allows 2.…

Introducing Camera HDR Studio, the best Camera application for taking a real HDR photo. Using our own enhanced and optimized HDR algorithm, you can now take a full resolution HDR picture with incredible results in no time. - Our HDR algorithm idea works by taking two photos with different exposures, fuse them and apply tone-mapping to them to produ…

HDR Camera allows you to take high quality HDR photos from the back camera of your Android. It could seem a fake, but it is not. HDR technology is used in professional photography to capture details in bright and dark areas and have them merged in a single photo. By including moving object detection and hand shake compensation it avoid or, at least….

HD Camera Pro is a fully featured free Camera app, with Quick Snap, Gorgeous Camera Effects you can easily take HD Quality photo on Android phones and tablets. HD Camera Pro contains professional capture mode, the highest level with a professional camera. It has utilized all advantage of your phone or tablet. Touch up your candy selfie with our qu… 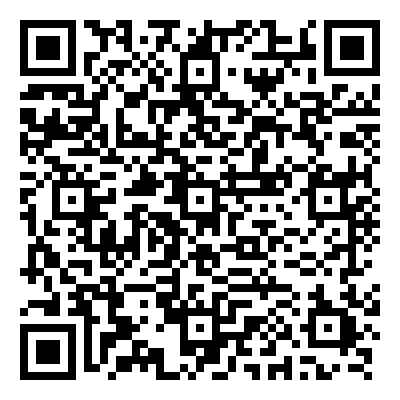