In the event that you're ever in a car crash, the last thing on your mind may be to take down all the details of what's happened - even though that's exactly what you should be doing. You're never going to be able to foresee such an event, which is where Michael Goldberg Attorney's Car Crash Advisor app comes in.

It's no funny business having to deal with the legal procedures surrounding a crash, but at least the app makes it very easy to gather the right information to subsequently share with your legal advisor. Jot down insurance, vehicle, and witness information, along with specific data from police reports. Along with textual information, upload audio and visual data that could prove useful when discussing your case later, such as photos taken from the scene of vehicle damage.

The app also offers a platform to keep track of accident records, including data on medical providers and injuries, lost wages, property damage, and any miscellaneous expenses you might incur as a result of the crash. A calendar helps you note what happened when, as well as any legal appointments you make.

Note that this app is meant as a tool to help you collect and organize data for sharing later with legal aid; it isn't an attorney-client relationship itself.

Michael Goldberg Attorney's Car Crash Advisor is a good idea to have on hand just in case; a car crash is usually so stressful that you'll tend to forget to take down important details that your attorney will later want to know.

Accidents happen! There is not much that you can do to prevent them. But you can
prepare for them. Download the FREE APP, the Car Crash Advisor App from the Law
Offices of Michael M. Goldberg, P.C. The App enables you to:

If you are a current client of the firm with an active case, the App enables you to:

Keep track of all your accident records, including a list of medical providers, lost
wages, injuries, property damage, expenses, court related dates and doctor visits
and seamlessly send this information to our office;

Finally, the App contains the following:

Information about our firm and the cases we accept;
Ability to have your case evaluated by our firm;
Accident Tips;
Ability to Contact us via phone, email, web, Facebook or the App
Call 911 from accident scene;
And much more!

Please note- The use of this App does not create an attorney-client relationship.

Why download the Accident App? The Accident Application is one of those things you don’t think you will ever need, until you do. And when you do, you’ll be glad you took a few seconds to download it. Auto Accident App provides straightforward to-do’s, fact and evidence gathering tools to ensure you or your loved one are informed and protected when…

The Get Carter! App provides you with helpful resources and easy access to emergency tools that can help get you to safety in the event of an accident. App Features: - Emergency Accident Center - One Touch Access to call the Police or to locate the nearest Emergency Center - Check your Case Status at anytime from right in the app - Easy Access to…

Welcome to the Law Offices of Anthony Mancini, Ltd.‘s Injury Law Center legal services app. It is one of the first legal service phone applications of its kind available to residents of Illinois and Wisconsin. Imagine being involved in an automobile accident, and you or a loved one is injured. You will have the ability to immediately contact your…

The Mastagni Law Firm provides first responders and private citizens with helpful resources and emergency tools to assist with on-the-job injuries and life-changing events.    App Features ·         Accident Log to record pertinent information at the scene of a vehicle accident ·         Ability to capture photos of accident scene and vehicle damag…

The Accident Help Center App provides you with helpful resources and easy access to emergency tools that can help get you to safety in the event of an accident. App Features: - Emergency Accident Center - One Touch Access to call the Police or to locate the nearest Emergency Center - Easy Access to call a Taxi Cab for the times you may need a…

The Auto Injury App provides you with helpful resources and easy access to emergency tools that can help get you to safety in the event of an accident. App Features: - Emergency Accident Center - Easy Access to call 911 in the event of an emergency - Accident Form to report when you have been involved in an accident - Follow professional steps aft… 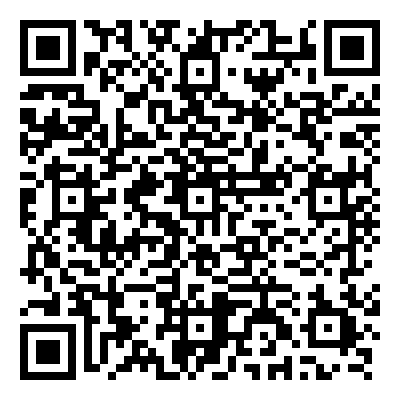