Wikipedia:
Malay (/məˈleɪ/;[6] Bahasa Melayu; Jawi script: بهاس ملايو) is a major language of the Austronesian family. It is the national language of Brunei, Malaysia, Indonesia and Singapore. It is spoken by 270 million people[7] across the Malacca Strait, including the coasts of the Malay Peninsula of Malaysia and the eastern coast of Sumatra in Indonesia, and has been established as a native language of part of western coastal Sarawak and West Kalimantan in Borneo.

As the Bahasa Kebangsaan or Bahasa Nasional (National Language) of several states, Standard Malay has various official names. In Singapore and Brunei it is called Bahasa Melayu (Malay language); in Malaysia, Bahasa Malaysia (Malaysian language); and in Indonesia, Bahasa Indonesia (Indonesian language) and is designated the Bahasa Persatuan/Pemersatu ("unifying language/lingua franca"). However, in areas of central to southern Sumatra where the language is indigenous, Indonesians refer to it as Bahasa Melayu and consider it one of their regional languages.

Standard Malay, also called Court Malay, was the literary standard of the pre-colonial Malacca and Johor Sultanates, and so the language is sometimes called Malacca, Johor, or Riau Malay (or various combinations of those names) to distinguish it from the various other Malayan languages. According to Ethnologue 16, several of the Malayan varieties they currently list as separate languages, including the Orang Asli varieties of Peninsular Malay, are so closely related to standard Malay that they may prove to be dialects. (These are listed with question marks in the table at right.) There are also several Malay-based creole languages which are based on a lingua franca derived from Classical Malay, as well as Makassar Malay, which appears to be a mixed language. 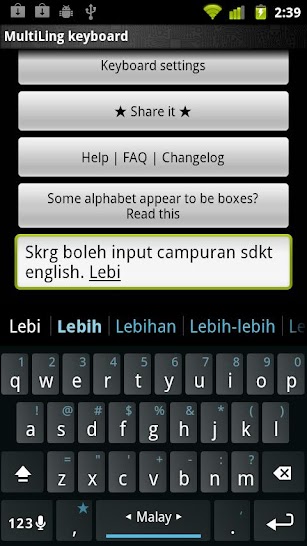 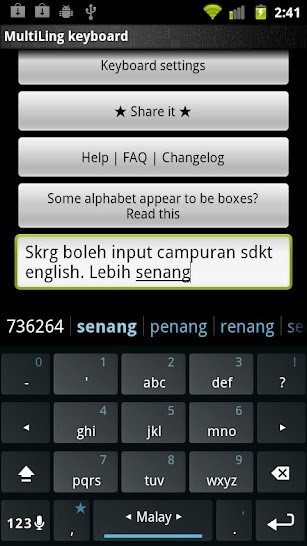