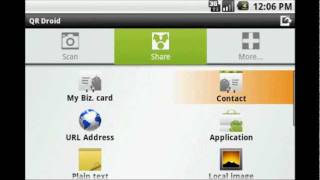 v7.0.6
Improved synchronization:
- Choose an alias for your devices so you know which one scanned or created every synced code
- Decide whether a device should send only, receive only, or fully synchronize its QR codes
v7.0
- New design — Material design is here!
- Dynamic permissions on compatible devices
- Add tags to your QR Codes. Keep them organized
- QR Droid is now ad supported to allow further development. Remove ads forever with a small payment
Android
»  Applications
»  Productivity
»  QR Droid

QR Droid allows you to read and create QRs containing URL, contact info, app, phone number and many other.

"Create and scan any QR code from your camera"

You can do basically two operations with QR Droid: Scan and create QR codes.

Scan any QR code from your camera, read from a image saved in your SD, scan from a Internet URL or from your browsing history. The camera scanner works properly and brings you quickly to the QR code content. Especially useful to get links to the Android market to download apps.

Create QR code containing contact info, URL, phone number, calendar date, notes, current location or sms. But what we found especially useful is the creation of QR code for app, in order to share them easily. You may also create QR codes from your computer from http://qrdroid.com/generate and keep them into your Android. You can choose the color of the QR Code you're generating. You cannot generate QR from images though.

QR Droid icon-based interface is easy to understand. The camera reads really fast the codes and the app shows its content quick and properly. It allows you to share your QR code in all the ways integrated in your phone (Facebook, Twitter, Whatsapp, Gmail, etc). What's more, if you use to create a specific kind of QR code, you can place a shortcut of it in the desktop screen. QR Droid is available in more than 20 languages.

Despite more type of QR code could be generated, QR Droid is one of the best tools to create and scan QRs. It does what it has meant to be. For that reason, we truly recommend it.

Change your smartphone into a powerful QR Code, Barcode, and Data Matrix scanning utility. Import, create, use, and share data in a matter of taps.

This intuitive, full-featured and multi-language QR utility will change the way you interact with QR Codes and their smart actions and activities.

Get the app PCWorld and Android Magazine awarded 5 out of 5 Stars. QR Droid allows you to digitally share just about anything.

THE LATEST VERSION’S FEATURES INCLUDE:

- A tap on the Menu button acts as a Home button to bring you to the top of the menu tree.
- Intuitive, more aesthetically pleasing UI
- Easily scan and create QR Code, or even edit one you've just scanned
- Auto-sync your data on your own Google Drive account
- Sort and group your history to help you quickly access your most-used QR Codes.
- Amazon Store location bug fixed to ensure relevant store will appear wherever you are.

QR Droid is true to its roots: a first class scanner. All the features you would expect to have, and more, are right here!

- Create a code from a contact or bookmark and let a friend scan it to their device – no typing needed!
- Map where you are and where you're going to, share it with friends, colleagues and family.
- Scan a QR Code in a magazine and watch a video immediately.
- Scan QR Codes from your camera, browser, SD card, or saved image.
- Create and share QR Codes in less than a second from maps, contacts, bookmarks, installed apps & more
- 'Inbox' and 'Feedback' options. Receive important updates & give feedback directly to QR Droid’s support team using the in-app messaging system.
- Create XQR Codes for massive ‘Plain Text’ and ‘Contact’ QR Codes.
- USSD codes are never opened automatically, preventing remote wipe attacks of your device.
- Add QR Droid Widgets free to help you get the most from QR Droid. Install a widget on your Android homepage to take you directly into the specific part of the app you use most: create business cards, history, bookmarks and others. Download QR Droid Widgets at http://0.qr.ai or use the pre-installed widgets in the QR Droid app.
- Zap a QR Code to gain access to private WiFi networks.

Designed with security as a top priority, the best QR utility on the market offers a simple interface with abundant functionality This functionality for improved usability requires access to certain permissions in your device.

* If your device doesn't have Google Services you can try this version instead:
http://qc.qr.ai

IMPORTANT: This won't be useful to final users. Instead, please install "QR Droid". This is a demo for Android developers who want to use "QR Droid" services in their own apps, for free. If you are a Web master and publish QR codes in your site, or if you are and Android developer and want to offer any QR code-related serv…

QR Droid Private requires fewer permissions than QR Droid. The later uses more permissions to allow you to create codes using information from your device without typing anything. Your data is safe with both QR Droid Private and QR Droid. Change your smartphone into a powerful QR Code, Barcode, and Data Matrix scanning utility. Import, create, use… 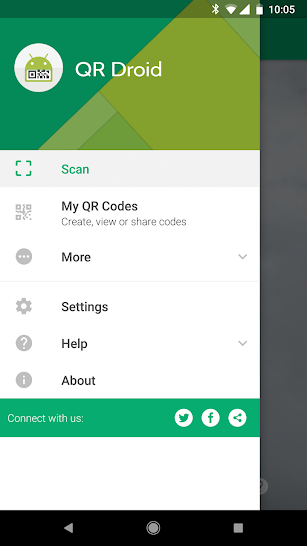 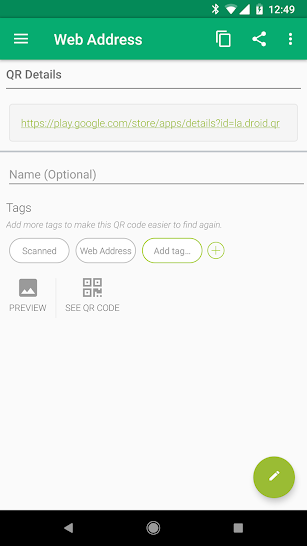 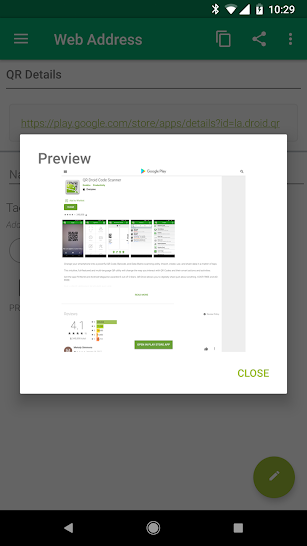 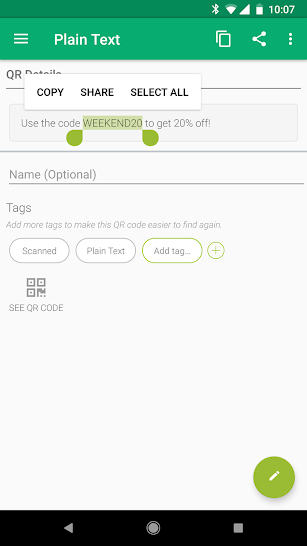 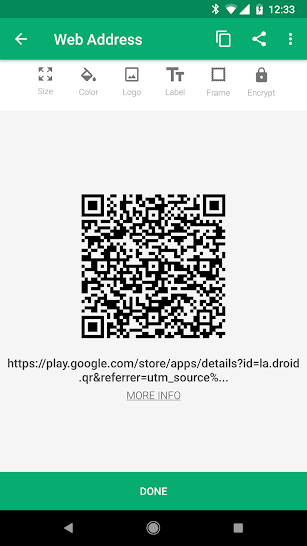 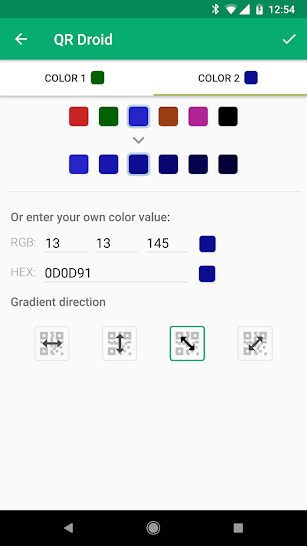 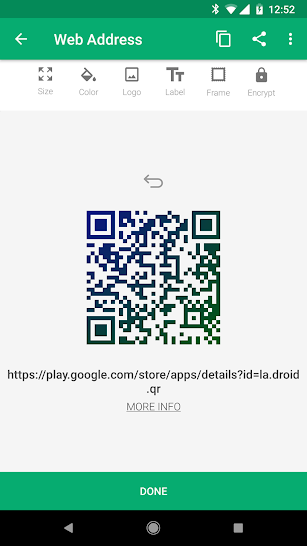 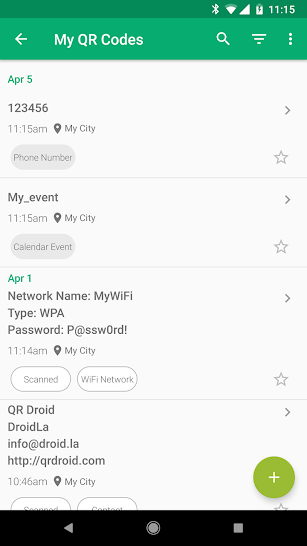