Download APK from previous versions of A Popular School girl

"Ingred! Ingred, old girl! I say, Ingred! Wherever have you taken yourself off to?" shouted a boyish voice, as its owner, jumping an obstructing gooseberry bush, tore around the corner of the house from the kitchen garden on to the strip of rough lawn that faced the windows. "Hullo! Cuckoo! Coo-ee! In-gred!"

"I'm here all the time, so you needn't bawl!" came in resigned tones from under the shade of a large fuchsia. "You're enough to wake the dead, Chumps! What is it you want now! It's too hot to go a walk till after tea. I'm trying to get ten minutes peace and quiet!"

Hereward, otherwise "Chumps," put his feet together in the second position, flung out his arms in what was intended to be a graceful attitude, and made a mock bow worthy of the cinema stage.

"Have them by all means, Madam!" he replied in mincing accents. "Your humble servant has no wish to disturb your ladyship's elegant repose. He offers a thousand apologies for his unceremonious entrance into your august presence, and implores you to condescend——Ow! Stop it, you brute!"

Hereward's burst of eloquence was brought to an abrupt end by the violent onslaught of a fox-terrier puppy which flung itself upon him and began to worry his ankles with delighted yelps of appreciation.

"Stop it! Keep off, I tell you! I won't be chewed to ribbons!" he protested, dodging the attacks of the playful but all too sharp teeth, and catching the little dog by the piece of tarred rope that formed its collar. "Here, you'll get throttled in a minute if you don't mend your manners."

"Give him to his auntie, bless his heart!" laughed Ingred, extending welcoming arms to the fat specimen of puppyhood, and rolling him about on her knee. "Oh, he did make you dance! You looked so funny! There, precious! Don't chump auntie's fingers. Go bye-byes now. Snuggle down on auntie's dress, and——"

"If you've quite finished talking idiotic nonsense to that little beast," interrupted Hereward sarcastically, "you'll perhaps kindly oblige me by mentioning whether you're coming or not!"

"Not coming anywhere—too hot!" grunted Ingred, resettling her cushion under the fuchsia bush.

"Right you are! Please yourself and you'll please me! Though I should have thought the run to Chatcombe——"

Ingred sprang to her feet, dropping the puppy unceremoniously.

"You don't mean to say Egbert's finished mending the motor bike? You abominable boy! Why couldn't you tell me so before?"

"You never gave me the chance—just said off-hand you wouldn't go anywhere. Yes, the engine's running like a daisy, and the sidecar's on, and Egbert's fussing to be off. If you really change your mind and want to go——"

But by this time Ingred was round the corner of the house; so, shaking a philosophic head at the ways of girls in general, her brother gathered a gooseberry or two en route, and followed her in the direction of the stable-yard.

The Saxons were spending their summer holidays at a farm near the seaside, and for the first time in four long years the whole family was reunited. Mr. Saxon, Egbert, and Athelstane had only just been demobilized, and had hardly yet settled down to civilian life. They had joined the rest of the party at Lynstones before returning to their native town of Grovebury. The six weeks by the sea seemed a kind of oasis between the anxious period of the war that was past and gone, and the new epoch that stretched ahead in the future. To Ingred they were halcyon days. To have her father and brothers safely back, and for the family to be together in the midst of such beautiful scenery, was sufficient for utter enjoyment. She did not wish her mind to venture outside the charmed circle of the holidays. Beyond, when she thought about it all, lay a nebulous prospect, in the center of which school loomed large.

VisitAMI is the official app of Ivrea's Moraine Amphitheater region.  With VisitAMI you got the city of Ivrea and the surrounding region in your hand. A complete guide to organize your freetime: museums and castels to visit, sports and outdoor activities to enjoy, and events to take part. You also find local news and a showcase of typical prod…

INO-VATE is a free mobile device application (app) that provides physicians working on the INO-VATE clinical research study with access to study-related resources and reference materials. INO-VATE was developed by MMG, Inc.

VytaYouth presents an app that makes it easier than ever to stay healthy and informed on the latest products and dietary supplements. This app comes with meal plans, health, tips, and exercises to do from home. As you improve upon your own life, better habits will begin to impact those around you. 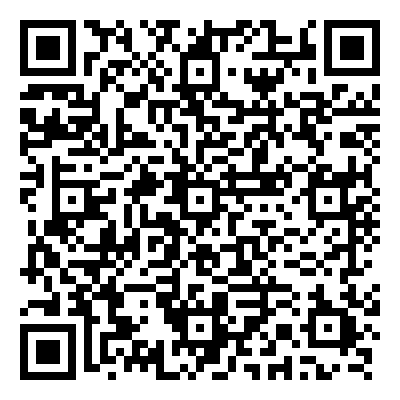