He says in Kashful Muhajjah: The book Al-Malhoof ala qatlat Tufoof which has been written about the martyrdom of Hussain (a.s.) contains wonderful things in its arrangement and composition, and it was the Grace of Allâh that enabled me to write it.

In his book Ijazat, as mentioned in Bihar 42/107, he says: I have compiled the book Al-Malhoof ala qatlat Tufoof in such a manner which, as far as I know, nobody has adopted and whoever has knowledge about this book can understand these words.

Among the proofs of the relation of this book with the Seyed, is that the name of the writer of the book is mentioned in the Preface of the same book. Moreover, everyone who is acquainted with the type of writing of Seyed can understand that this book is his work.

Eton Kulburk, in his writing, says that this book is of Seyed Ibne Tâwûs. "Al-Malhoof is the best of Seyed Tâwûs’ works." He says: This book has been printed several times and also translated into Persian. He says: The book Lohoof contains quotations of the original events related to the tragedy of Karbala and subsequent happenings. He has brought many narrations from unknown narrators, which began to be read in Âshura.

Kulburk describes: One of the books of Seyed is Al-Masra Sheen fee qatlal Husain and this has not been mentioned at any place and the only proof thereof is that its handwritten manuscript is available in the Leiden library under registration No: 792.

He enumerates doubts and compares Al-Masra sheen and Maqtal, which has been attributed to Abi Makhnaf and says that it is possible that both might have existed at a time.

Eton Kulburk believes that it is probable that Seyed Ibne Tâwûs had relied on Maqtal of Abi Makhnaf and has made additions to it, arranged it and gave it the title of Al-Masra Sheen.

On this ground, the printed Maqtal, which has been attributed to Abi Makhnaf, is the same book, which the Seyed compiled and expanded.

It is said: Al-Masra Sheen and Lohoof are two books. Though there are instances to show that there is similarity between the two.

According to writing, Eton has referred to Seyed Ibn Tâwûs 76-78.

Shaykh Muhammad bin Âle Yasin, in his writing from Ibne Tâwûs, attributes this book to Seyed Tâwûs saying that it has been published several times in Iran and Najaf.

Anyhow, undoubtedly, Malhoof is written by Seyed, and that it is other than Al-Masra’Sheen, which he took from Maqtal of Abi Makhnaf. Though there is similarity between them.

Raise a glass (it varies) to Thor on Thor's Day, or join him on his feast days. For entertainment only.

Please kindly RATE & SHARE this App as it is free :-) Use Menu button for fast collapse of expanded lists, swipe horizontally to view images completely Like us on facebook : https://www.facebook.com/istudentworld Follow us on Twitter : https://twitter.com/istudentworld Find our apps at : http://www.istudentworld.com/apps The Ph…

On the run and want to check out the latest photos from www.mikeandwan.us? Download this application which will simplify viewing these on your mobile device. Otherwise, if you are interested in having your phone or tablet act as a photo-frame, run the application in 'Random' mode for hours of enjoyment. Additionally, this app exposes c… 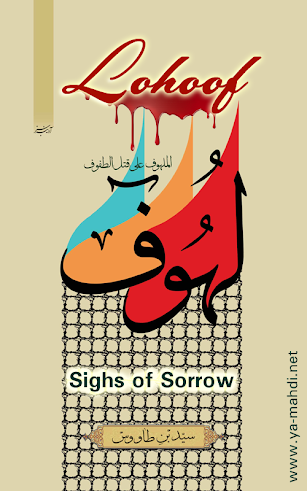 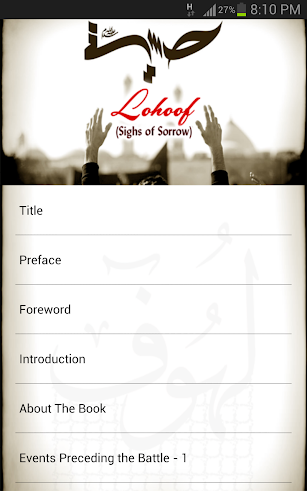 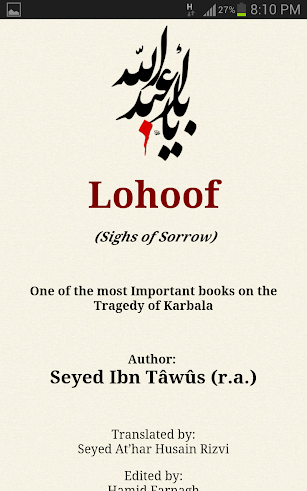 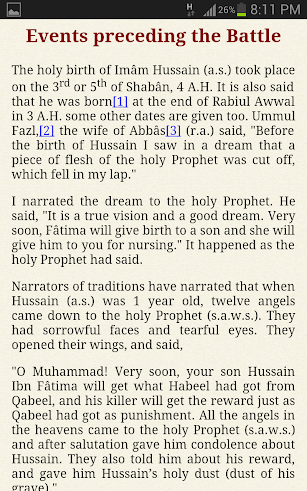 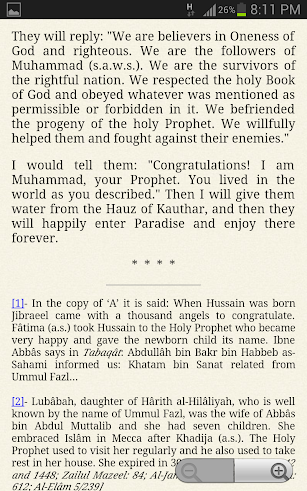