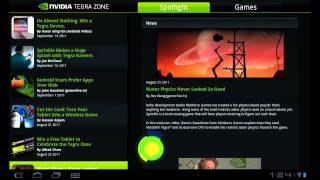 Big update to new and improved Content System that will keep data in TegraZone up to date with SHIELD Hub world-wide.
Enlarged Disk Cache size, optimized for newer devices and better performance.
Replaced app icons with Game key-art for better user experience.
Better controller support, though it is still primarily a touch-screen app. If you are using a SHILED Android TV device, SHIELD Hub should be your primary game catalog.
Bug fixes to address issues reported by some users.

NVIDIA Tegra mobile processors have enhanced the way apps and games are both displayed and run on mobile devices. This generation of processor has unleashed all the potential of our mobile devices. If you are one of the lucky owners of a nVidia Tegra processor, you should give a go to this app since it highlights all Tegra-related news.

Thus, TegraZone features games, screenshots, HD video trailers, gameplay captures as well as behind-the-scenes videos. If you want to make the most of your device you should be aware of which games and apps exploit it to the fullest. You will find them easily thanks to the app.

Besides trailers and featured games, users can read news about upcoming releases, ongoing developments and new partnerships between manufacturers and developers. Any content (games, videos, news) can be easily shared from the app to users' profiles on social networks.

The app runs smooth and it's been really well-designed. It's intuitive to navigate through menus, specially on tablets with its two streams. It is certainly useful to discover apps and games developed specifically for devices with nVidia Tegra processors. However, it feels more like a "store" and developer "promo" site than a place where users decide what app is worth download next. The app only can be downloaded on Tegra devices

The new TegraZone app makes it easier than ever before to find games that are optimized for NVIDIA Tegra processors.

Explore and discover the great games that NVIDIA and our partners think are best enjoyed on Tegra-powered devices, like NVIDIA SHIELD TV. Version 2.9 now also supports non-Tegra devices, giving you even more choices.

Discover unique, premium games for Android that deliver more visually stunning graphics and smoother gameplay, so you can get the most out of your Tegra-powered device.

Customize: You decide if you'd like to find out the moment something new is added to TegraZone or not by turning notification pop-ups on or off from the settings menu.

Discover: Get all of the top games for Android at your fingertips. TegraZone makes it fast and easy.

Share: Connect TegraZone to your social networks and let your friends know about your favorite new apps.

TegraZone isn’t intended to replace the purchase, download, or functionality of Google Play. It’s built to compliment it by providing a selection of premium games that developers believe will offer an exceptional experience for users of Tegra-powered devices.

Please note that some games featured on TegraZone run exclusively on devices with an NVIDIA Tegra processor. Google Play will notify you of any incompatibilities.

INSTALL
By installing the TegraZone application, you are confirming that you have read and agree to be bound by the License For Customer Use of NVIDIA Software (http://www.nvidia.com/content/DriverDownload-March2009/licence.php?lang=us).

Notification pop-ups are enabled by default and may be disabled in the settings menu.

Update (May 2018): NVIDIA no longer uses or stores data from the use of the TegraZone application.

This app makes interactive landscapes from a series of photos.. This version of Photaf is designed for Tegra devices. Stay aside if you aren't the lucky owner of one of those devices, and look for the standard version. Anyway, the original review entirely applies here and you can read it below for your convenience. Photaf Pro may seem original righ….

For Tegra-powered devices only - learn more on TegraZone available on the Android Market. Ever wanted to put on a mask and view it on your tablet? With Face Costume you can see live preview tiles of your face, with costumes on top of them! Simply open the app, and aim the front facing camera to your face. By using face tracking and augmented real…

NOTE: Portal for Android requires a controller to play and runs exclusively on NVIDIA SHIELD portable, SHIELD tablet, and SHIELD Android TV. For more information on SHIELD, please check out http://shield.nvidia.com As featured in TegraZone and winner of over 70 industry awards and 95% MetaCritic score, Portal is available on NVIDIA SHIELD. Portal… 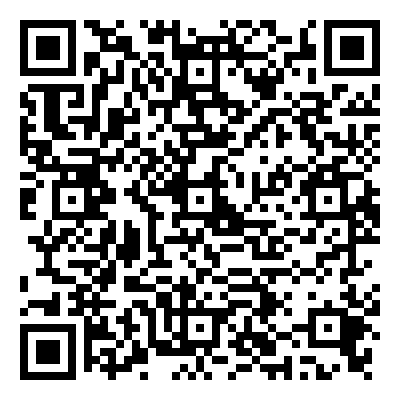 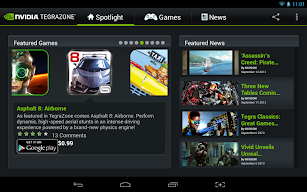 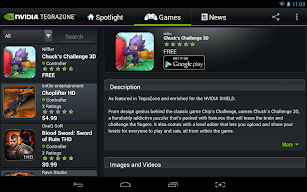 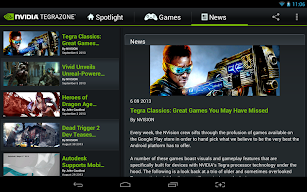 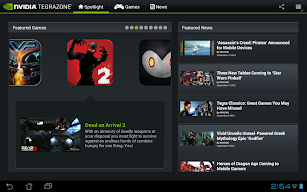 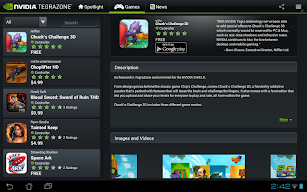 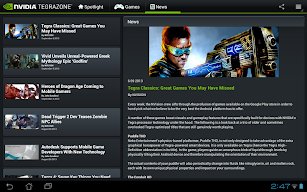 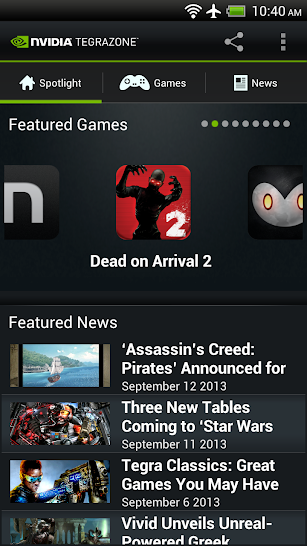 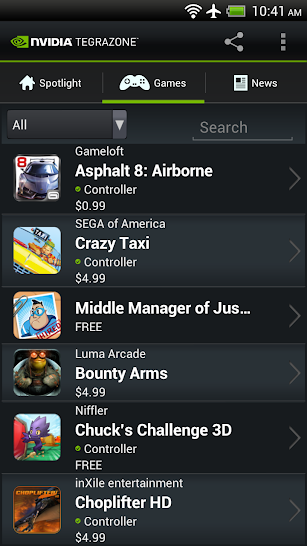 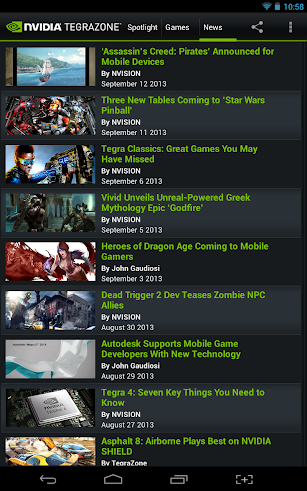 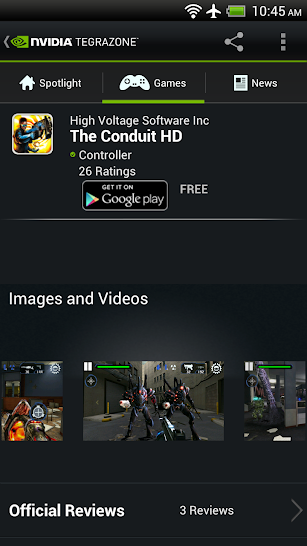 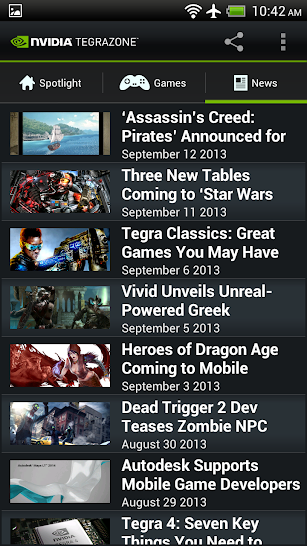 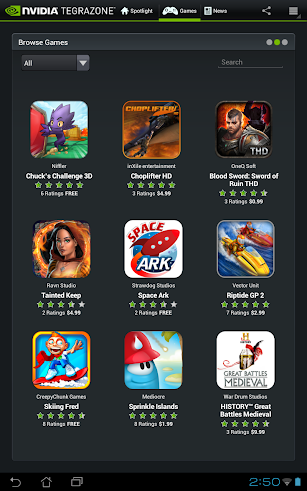 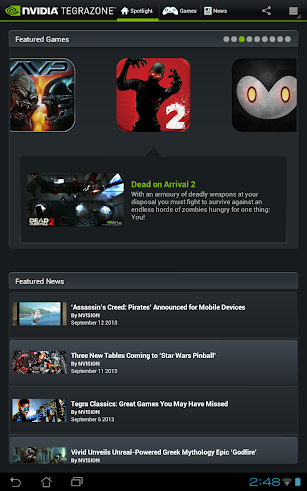 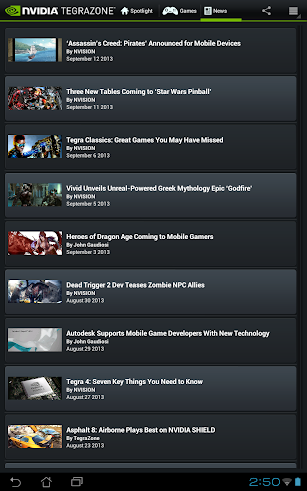 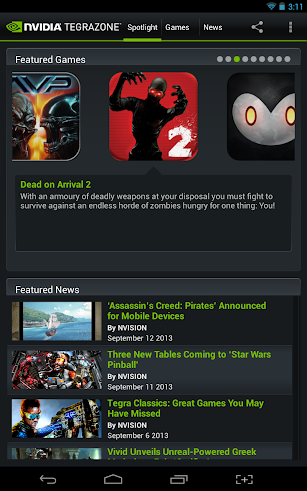 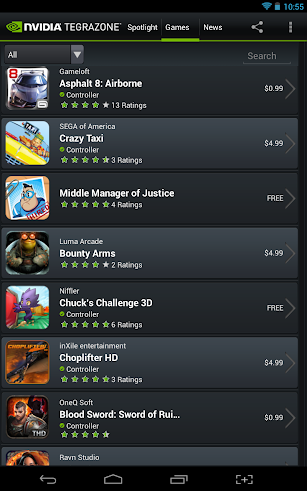 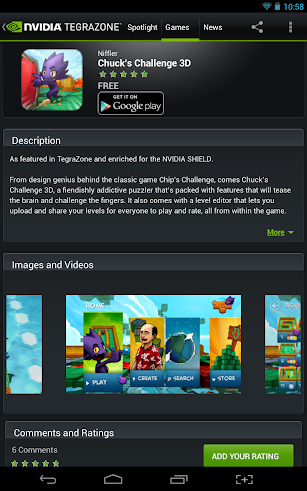