Everybody loves Spencer’s, that crazy store at the mall filled with posters, lava lights and fart machines. Spencer’s is trendy, funny, hip and retro all at the same time, and at Spencersonline.com it’s all that and more, 24 hours a day, 7 days a week.

Guys go for Spencer’s for beer pong and party supplies, music merchandise, funny t-shirts, laser lights, fog machines, Mixed Martial Arts UFC shirts, belts and hats. Funny how every guy we know likes Spencer’s for gag gifts from the classic fart machine to the more refined shocking pen (great for office use) and the drinking games, did we mention the drinking games?! Party on at Spencer’s!

Teens and tweens love Spencer’s because if it’s hot, trendy, hip or cool, Spencer’s has it first. Go Goth – Twilight, The Nightmare Before Christmas and Alice in Wonderland are only the beginning – stay up all night at Spencer’s!

Spencer’s has something for everyone - you can even make your own t-shirt at the Design-A-Tee Studio for a truly one-of-a-kind gift. It’s fast, fun and easy. Everything is easy at Spencer’s – so have fun. Spencer’s rocks!

Spencer’s is the mall destination for entertainment, excitement and fun. For over 60 years we have been offering unique product for the lifestyle style of our core 18-24 year old guest, always inspired by humor and irreverence. Originally a mail-order catalog in Easton, PA, Spencer’s has been the leader in fun and novel products from the Whoopie Cushion to lava lights. In 1963 Spencer’s expanded its reach and opened its first store in the Cherry Hill Mall in Cherry Hill, New Jersey where we continue to operate. From the outset, Spencer’s quickly became an oasis within the mall environment offering our guests an entertaining experience both through its merchandising and product mix. In 2003, under new management, Spencer’s lifted the bar higher and set out to reinvent itself. Remaining true to its roots, the reinvention process remained focused on Spencer’s strong history and commitment to irreverence, humor and fun. The result of this reinvention set Spencer’s on the path to greatness in a subtle shift from Spencer Gifts to Spencer’s. Today, Spencer’s operates over 600 stores throughout the United Sates, Canada and online and is proud to be one of the longest running shows in the mall. Strong operating disciplines combined with our unique merchandising formula underpins our continued growth. We are committed to, and focused on, our core mission “Life’s a Party—We’re Makin’ it Fun!”

Canon CameraWindow (Canon CW) is a free application which enables users to transfer images shot with Canon compact digital cameras (see below for compatible models) to Android devices via Wi-Fi* and share these images in simple steps. *You can either connect the camera directly to the device (set the camera as a simplified access point) or join an…

***** ATTENTION: Android 7(.0.x) (“N”, Nougat”) implement a change that Remote not working correct anymore. If you have Android 7 please test the Trial version before buy it. This Bug is also detected by Hyperfine: "This problem will hopefully be solved by Google and/or Apple in a future update. Until then, you may follow and report on the is…

Jewel Blast is a simple yet addictive puzzle game. Destroy sets of three or more jewels to reach the goal. Destroy larger sets of jewels to release power ups that will help you cause massive destruction. It comes with three different modes that have 30 levels each plus 15 bonus levels that can be unlocked for the second play through. Some modes sup…

The greatest Spanish Number Quiz Ever! With over 200 questions, your sure to learn! Choose from three game modes, Test, Speed Round and Last chance. Perfect for those just starting to learn Spanish or those advanced learners who need to conquer those large numbers!

Radio India has been on the air since August, 1999. We are dedicated to broadcasting quality programming to the south Asian community worldwide in Punjabi, Hindi, Urdu and English. Currently, we are broadcasting programs that include News in Punjabi and Hindi, Talk Shows, the lastest South Asian Music including Bollywood, Bhangra, Pop and much more… 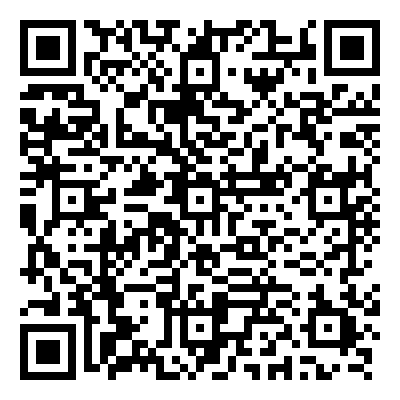