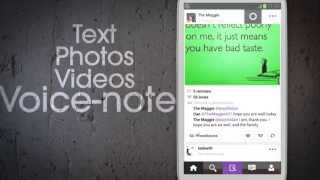 Pheed is a social network to discover and share text, photos, videos and audio

"For the wild at heart"

Pheed is yet another social network which tries to bring together the best features of the current largest ones. It provides a fast and simple way to connect to friends, tastemakers, influencers and trends from the world of art, photography, music, film and entertainment. Unlike other well-known social networks, it isn't focused on your closest circles: it puts at the same level both contacts and interests, which can be really useful if you like to share with your friends those things you love.

Minimalism is the best word to describe Pheed's interface. It puts the scope on content: it displays timeline in an Instagram-style layout and channels & hashtags in a grid. This makes easy interacting with with both content and users, so its enriches end user experience.

A place to express yourself.

Pheed is FREE and easy to use social networking app for sharing VOICE-NOTES, MUSIC, VIDEOS, PHOTOS and TEXT.

Labeled by Forbes as ‘the new Twitter,’ Mashable as ‘the next social craze,’ and Huffington Post ‘the next generation of social media.’ Fortune listed Pheed as ‘The #1 Social Network to Watch in 2013’ and Business Insider ‘the social media company of the year.’

Features:
● Support for mobile and tablet devices
● Capture and share high resolution photos in any size, no cropping
● Upload photo albums in a single pheed
● Capture, record and share high definition videos with no time limit
● Record and share sound, voice notes and audio clips
● Your content remains yours - protect all your content with the copyright feature (all media will be marked as copyrighted with your name)
● 420 characters to share more of your thoughts
● Discover popular content and get personalized suggestions of who to follow
● Sort timeline view using filters (e.g. photos, video, audio, etc)
● Share pheeds with your friends on other social networks, via email and direct messaging
● Set your channel to private and approve who can subscribe to you (follow)
● Ghost option - hide your subscribers counter from all

It's a mobile social application that allow you to exchange organically beautiful photos, video footage, and unique audio clippings. Own, get paid real-time, and subscribe to other users content around the world. You control what you want to see and can have access to content you most love. We make it easy for you to share and showcase you…

VOYZEE – Your all-in-one mobile Storyteller. Whether you are having a night out with friends, taking a vacation, filming your pets (the next cat shark viral sensation), or capturing your child’s first steps, Voyzee is the perfect all–in-one photo and video storyteller. Capture or upload your favorite images and video clips and utilize Voyzee’s un…

A social magazine that keeps you in the loop. Your need of daily updates is not only fulfilled with your news reader. You also have to check your social networks' timeline, RSS feeds for personal blogs and even weekly or monthly magazines. Taable Note aims to eases access to all that news sources right from a single app. Thus, after signing up via….

A simple recorder application, which makes it easy to record your life. You can record audio and voice, or change your voice on android phone. Besides, it’s also a screen record and capture tool for android. You can free and safe download. What features you can get: Record sound, voice, audio It’s a smart sound recorder app designed for long-tim…

Miky is a simple, easy to use voice and audio Recorder. Useful for recording your audio needs like personal notes, talks, voice conversations, classes, lectures, meetings and music in high quality. Miky helps you organize your recordings and share recording among your social network. Its simple and elegant User Interface lets you record any sound w…

The Traveler: A Travel Journal

Take a moment and think about your last family vacation, road trip, or weekend getaway. What memories do you have? How were they captured? Do you remember what you saw or where you went? Over time you may have posted a few of those memories on social media, but can you even find those posts now? Today, The Traveler is there to help capture and org…

Talk only to those who you want to contact, discover the new BlackBerry Messenger for Android and iOS. Here it is! The official BlackBerry Messenger (BBM) is now available for Android and iOs as well. However, if you're downloading it right now, there's a wait list given the large amount of success, so you might need to wait a while in order to use…. 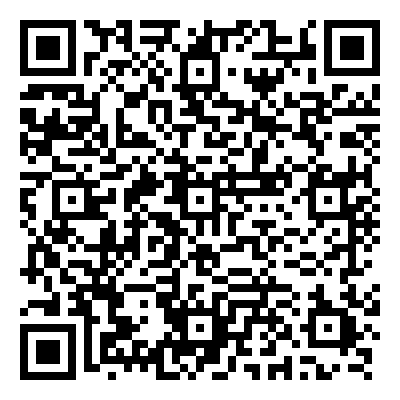