There are coming lots of Twitter clients up. Each one of them offers and added value in some aspects. Plume for Twitter is the one that brings the widest range of options to customize how the tweets are displayed.

First, you will be able to add as much account as you want (multi-account supported). Once you do it, it will appear the tweets distributed in scrollable columns. As in other Twitter clients, you are free to customize what columns you want to show: general feed, direct messages, your tweets, contacts that retweeted you, etc. The default theme is a bit tacky but you can customize it to your liking. Besides that, you will be able to change the font size, timeline and friends colors, revers order, mention highlight, theme... and many more.

Besides the customization you can perform the same than in the Twitter official app: post, attach links, retweet, direct messages, metion, geotagging, share photos, bit.ly (more than 140 characters), follow/unfollow, mute twitter users, word or clients, replies to a tweet... among others features. An internal browser is included to find friends or hashtags.

But what's probably its strongest point is the screen widget. There are different sizes but, the largest offers a comprehensive Twitter experience: you can perform almost everything from there. What's more, it's easy-typing thanks to the @ and # buttons, improves the user experience.

Plume for Twitter has been developed by LevelUp Studios, the well-known Android developer, author of Beautiful Widgets among other great apps.

If you like to set to your taste even the details in your Twitter client, this is your best option. It's probably not the best client regarding rendering, but it's high-customizable and it has one of the most complete screen widgets. Truly recommendable.

Plume is a beautiful and completely customizable Twitter app that will revolutionize the way you use Twitter! Brought to you by the authors of the popular Beautiful Widgets, Plume is one of the best Twitter clients for Android! (Plume was formerly known as Touiteur)

Plume is a beautiful, highly customizable Twitter client, which will change the way you feel about Twitter!

A beautiful Twitter client to immerse yourself in and ad-free Twitter experience Beautiful themes, including a full Material Design experience, powerful features and highly customizable. Push Notifications - Runs over Cellular or WiFi for mentions or Direct Messages. You don't even need the app open! We don't keep connections open to Twi…

Enjoy Twitter with simplicity and beauty in mind. The twitter client jumy lets you see your timeline, private messages and favorites in a really natural way. Don’t miss any tweet of your favorite actress by keeping an eye on her timeline, after having added it to your personalized feeds. Here is a quick overview of the features available in Jumy…

Your beautiful news reader for Feedly, RSS feeds, Inoreader, The Old Reader or Twitter. Build your dose of daily news. A personalized Android news reader just for you. Palabre is an all in one news app, acclaimed as the best user experience as a Feedly reader, a RSS Reader, Google news (Google reader) and got really good press. Palabre is RSS R…

The popular Windows and Mac Twitter client "Janetter" has arrived on Android! Application designed for your everyday use, and perfectly suited to your needs. Start the Janetter experience right now. Highlights - Quickly cycle through bookmarked Timelines with a swipe - Update all bookmarked Timelines at once - Multi-account compatible,…

Branches for Twitter groups the tweets by the same author over a period.. SysNucleus' Branches For Twitter offers a unique and innovative way to read your Twitter timeline. It displays your tweets on your timeline as usual BUT if you tap on any of them, it then shows tweets from that author within the last 4 hours in a single branch That's a fantas…. 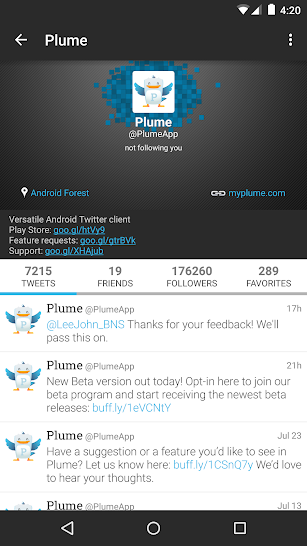 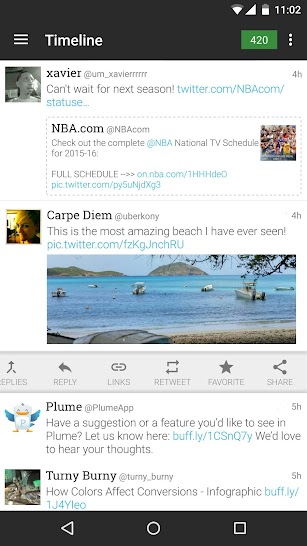 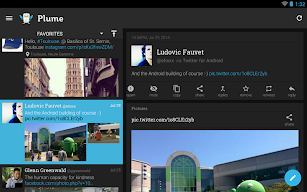 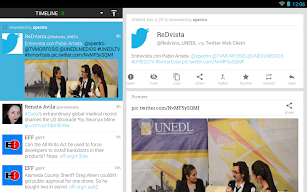 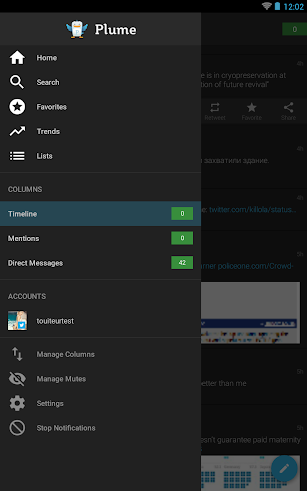 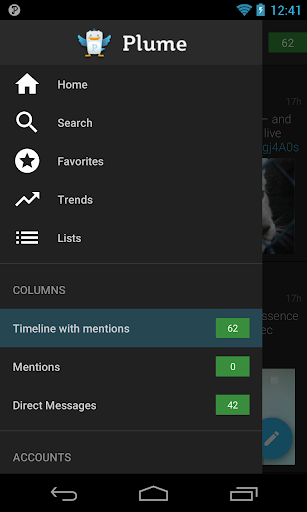 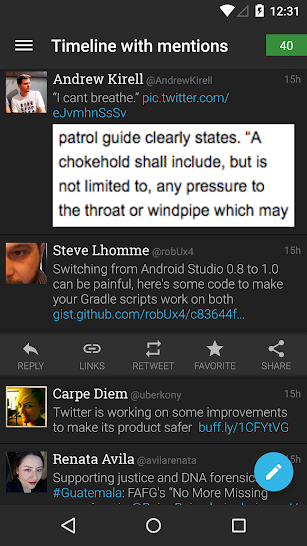 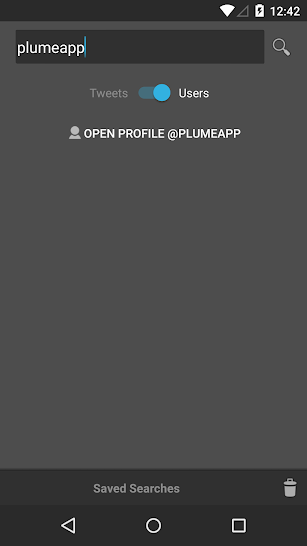 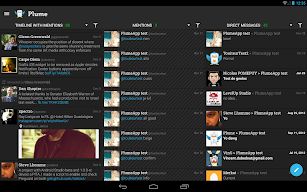 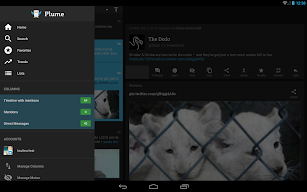 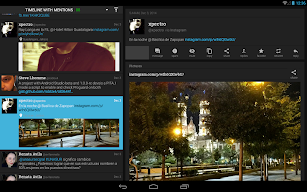 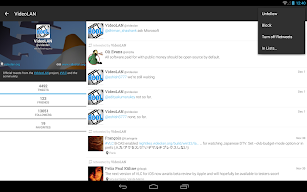