* REMINDER: 3GW includes an optional workaround (ROOTED devices only) to get the mobile network DISABLING feature to work again on LOLLIPOP+ although Google made the function inaccessible to 3rd party apps - Report at support@youtilitymobile.com if it doesn't work for you!
Android
»  Applications
»  Tools
»  3G Watchdog Pro - Data Usage

"Watch out! The dog is monitoring your data usage"

This is the paid version of 3G Watchdog. It contains some extra features as: Advanced data usage prediction, graphs for usage history and CSV export, 5 widget styles, backup/restore... among many other.

We all have some limits in our data plan, either by fares or speed limit. This way you control the amount of data usage every time you check it to adjust it to your allowed monthly consumption.

First time you install it, you have to set your data plan details. This means: the allowed amount of data allowed (in bytes, KB, MB or GB), and the period (per day, week or month). What's more, you can set from there the warnings: notifications when we overtake a determined % of data usage, auto-disabling 3G when you reach that amount of data usage via APNdroid or JuiceDefender and auto-enabling when it comes back down that limit. Likewise you can choose the updating frequency for notifications and if you want the notification icon always visible, always hidden or just visible when 3G is enabled. Finally, you can set what to show on the counter table.

In that counter table will be displayed the total allowed data usage, today's, week's and month's usage as well as amount received and sent. There's a daily and a global consumption history. There's on the top a data usage bar that will help you out to see at a glance how's your consumption going.

3G Watchdog has been developed by an individual developer called Richard Gruet. He has no more apps on market, but he has achieved that 3G Watchdog becomes in a must have for many users.

Actually, we also regard 3G Watchdog a must have. Of course you can live without it, but if you want to have a comprehensive control over your data usage (and that matters since it could increase your phone invoice or decrease your connection speed), this is one of the best monitoring tool you can get.

Translated in over 20 languages.

* Doesn't count properly usage on Samsung Galaxy S5 LTE-A (SM-G906S and SM-G901F) with Android 5.0 Lollipop. Please contact us for a refund, or if you want to help us to fix this problem.

* On Android 5.0+ the "Disable mobile network" function does not work (the mobile data switch widget and the auto-disable feature are both affected). This is because on Lollipop the enable/disable function is no longer accessible to third-party apps.

* Doesn't count properly global usage on Samsung Galaxy Tab 10.1 and 8.9 - this problem affects other data counting applications as well and is caused by a bug on the tablet itself. You may try to check the "Calculate global usage from usage by app" advanced option as a possible workaround (feedback welcome).

* Doesn't count properly global mobile usage on Samsung Galaxy R / Z (i9103) and possibly Galaxy Y. Problems were also reported with the Captivate Glide. Same workaround as for the Galaxy Tab (see above).

If you run into problems and wish to help to solve the problem while giving the community a chance to get a better 3GW Pro, please send a mail to contact-pro@3gwatchdog.fr with details.

Create your own Wi-Fi HOTSPOT network simply and quickly, AUTOMATIC ACTIONS for your Wi-Fi and mobile data (3G/4G). Stay connected to internet using smart application features! Does NOT require root access. APP Features: One click for Wi-Fi tethering. Share internet connection(3G/4G) from your smartphone with any other computer(Windows, MAC OS,…

Do you have a small data plan for your device? "Auto Disable Data Connection" can help you prevent your device using your mobile data network to access to the internet. This app is 100% FREE and without any advertisement and do not require any suspicious permission from your device. This app can be useful when your child or other frien…

Checker for MHL (HDMI) is a tool to check MHL (HDMI) capability of this mobile. Before you decide to buy a MHL cable/adapter , you can verify your mobile first! The App is very very easy to use , please mail yjy837@gmail.com if any question! There is a known MHL mobiles list - HTC Amaze 4G Butterfly Butterfly S Droid DNA EVO 3D EVO 4G LTE EVO…

3G Watchdog is a data usage counter for your 3G/Edge/GPRS connection. We all have some limits in our data plan, in the form of tariffs or speed. With this app you can control the amount of data usage every time you check it and adjust it stay within your monthly consumption limit. The first time you install the app, you have to indicate your data p…. 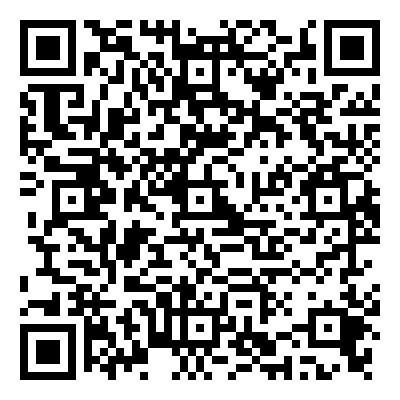 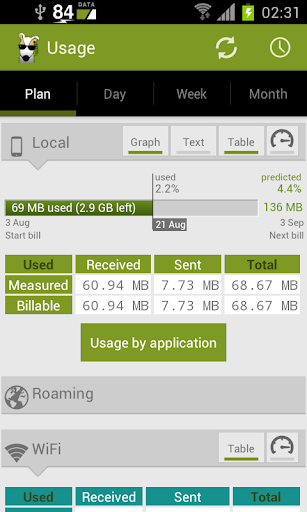 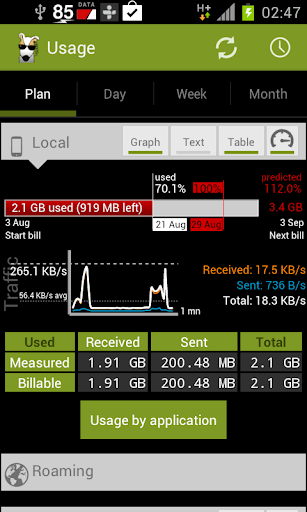 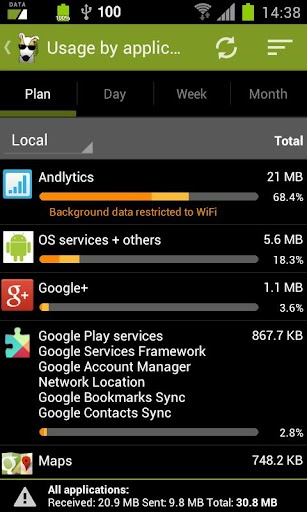 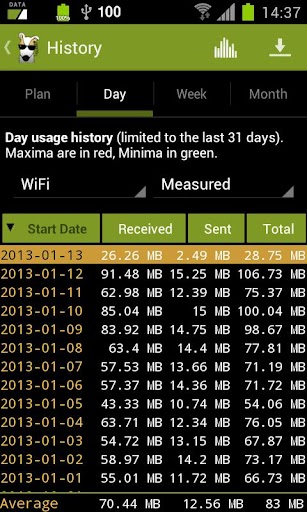 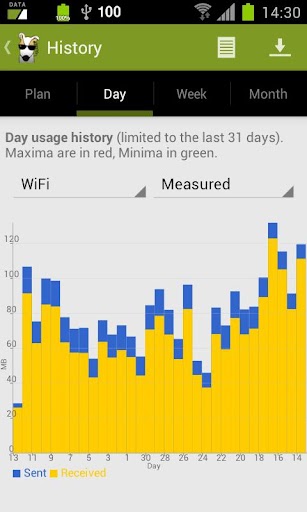 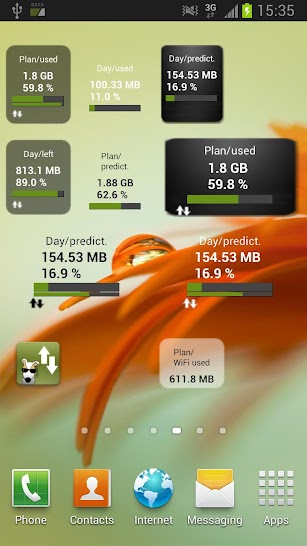 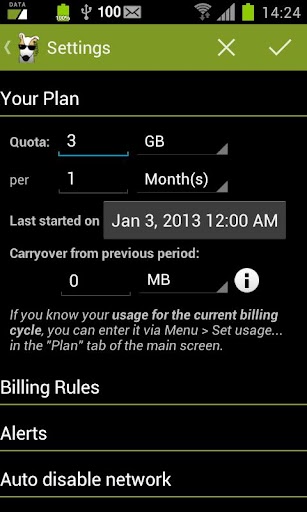 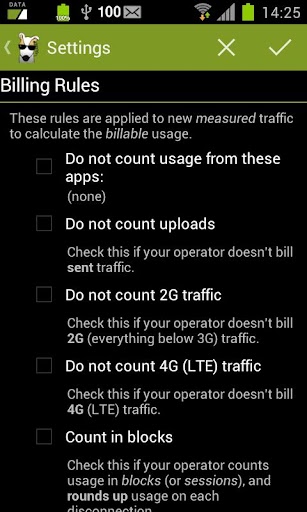