This antivirus cover a wide range without sacrificing your battery life.

"Is not too soon for an antivirus?"

Antivirus Free works from the background, detecting malware apps. That's how it works: every time a new app is downloaded on your phone, it cross-reference it with its database in order to check if it's just an app or if it's unfortunately something else. If it was a malicious app it would warn you.

This raises a big question: whether it's too early to have an antivirus. In the end, we should have nothing to fear if we don't download anything outside the usual and trusted suppliers. But this app uses really little battery as it only checks from a database when a new app is detected.

It's also true that just a few if any smartphone virus have been detected to date, so its usefulness can be questionable.

We have to say that we have not the chance to make a real test, so it's up to you. As we have plenty of faith in the vast majority of developers, we've given four stars. If someday we -hope we not- have to use it, there will be the fifth waiting for it.

ONE-TAP SCAN
One simple tap to start the scan, which takes only a couple seconds to finish.

REAL-TIME PROTECTION
The scan is automatically initiated when an app is installed, keeping your devices safe.

The best security app You've ever used CY Security is a FREE mobile security app for Android, which protects your phone and tablet from viruses like trojan, malware and spyware. Moreover, it’s not only the android antivirus, but also a powerful phone cleaner and speed booster, so you can optimize your phone and keep it safe, clean and fast usi… 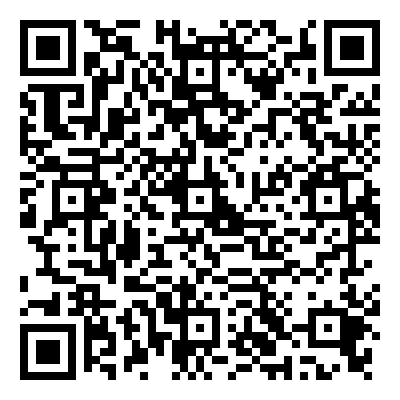 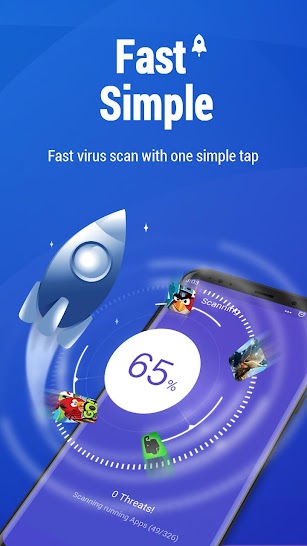 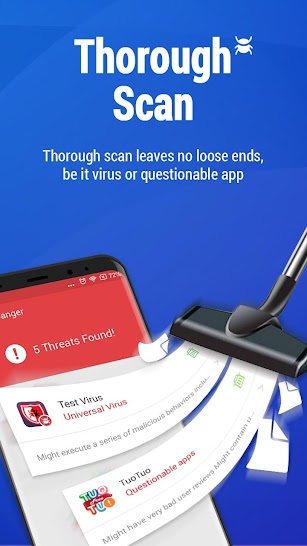 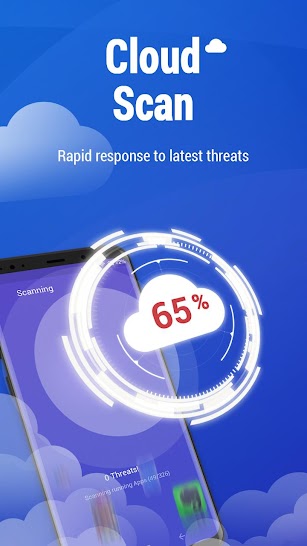 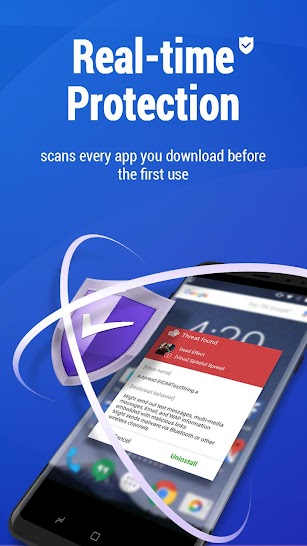