The Digital Screen Modeller from Harkness Screens is a 3D simulation tool that allows architects, engineers and exhibitors to visualise and optimise digital cinema scenarios in a virtual environment. The information-rich model rapidly created by the Digital Screen Modeller enables key project stakeholders to make more informed decisions about digital cinema screen, projector and lamp choices before they’re even installed to ensure that these comply with industry standard brightness levels. The Digital Screen Modeller is also an ideal tool for planned or proposed retrofit and refurbishment projects to visualise the impact on brightness levels and operating costs in existing environments.

The Digital Screen Modeller has been rigorously tested in both controlled and live cinema environments to confirm its accuracy. The tool however is dependent on the accuracy of data entered by the user which is then used to make a number of operating condition assumptions.

Whilst the results displayed in the Modeller are theoretically possible there are any number of variables which could alter the outcome significantly. Harkness Screens always recommends users consult with Harkness before applying the information supplied in the Digital Screen Modeller in to real-world construction projects. Harkness Screens does not accept any liability for any loss incurred based on using the Digital Screen Modeller without any such consultation process. 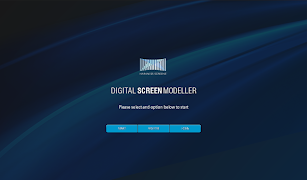 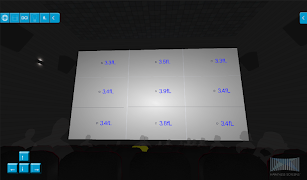 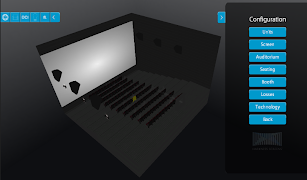