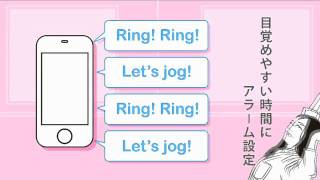 At first you can declare "Early Bird Declaration" to Twitter. You will be able to announce a strong will to start Early Bird around the world.

For clean wake up early in the morning, you must have a strong will to "enjoy enhance the Early Bird". Register for the strong voice and before going to bed the will note, when sounding the alarm in the morning, play a sound that was recorded, it is possible to display and verify the memo, and remembered the strong will of before you go to bed, be neat to wake up it works.

Also, if there is a possibility that can not be secured usual sleep time due to the night owl, let's set the alarm in the "REM sleep time" interval. And if it is possible to occur during REM sleep of 1.5 hour intervals, so that you can get up clean even a short period of time. You can REM sleep time setting that can be set in one shot the alarm after REM sleep time of 1.5 hours period from the current time.

You also Let's start with the "ELECOM Early Bird Alarm" that you can enjoy the free time in the morning from tomorrow! First "Early Bird Declaration" !

[Feature]
-- Easy "REM time setting"
If waking up in REM sleep time period, awakening is bright even in a short period of time of sleep! Since bedtime is not always the same time, and it is cumbersome to set the alarm time in consideration every time REM sleep time, but from the current time of REM sleep time period 3 / 4.5 / 6 / 7.5 hours after one-touch and because it is a button that can be set, you will be able to set the optimal wake-up time easily.
-- Recorded voice playback
Also before going to bed was thought to try it from happening in the morning, and forget when you wake up emergency, also lead to 2 Tabine ....
Eye will wake up naturally if remember a strong will, motivation before you go to bed. The record that I want to wake up in the morning before going to bed, you will be able to play at the time of the alarm. Of course, it is also possible to get raised in the favorite person of the voice.
-- Register/Display morning event
Morning eventt can be registered in the text, so that it can be displayed on the alarm. When you try to stop the alarm, because it will be coming into the eye that had been thought to try to wake up in the morning, you can wake up by recall.
-- Early Bird Declaration / Tweet when oversleeping
To continue the Early Bird, it is also necessary to put someone yourself. Let the "Early Bird Declaration" To the world on Twitter! It let you not stop easier once you declared. It is possible to tweet also at bedtime, waking. Let's appeal to everyone that has continued the Early Bird. Be careful so as not to tweeted without permission for overslept (** It is also possible to set so that it is not arbitrarily tweeted).
-- Digital/Analog clock display
Digtal/Analog clock can be displayed. (* Analog clock requires paid license key)

* There are some limitation for free version.
- Only digital clock display (Analog display is for paid option.)
- Select only default alarm sound.
- Ads is displayed.

You can refer to online manual at [Menu]-[Manual].

If you have a girlfriend, boyfriend, wife, husband...a secret lover. Then these cute love messages and love quotes are for you. Romantic text messages galore find the perfect message to send to your lovers Mobile Phone or Email. It is free. Give it a try! Thank everyone.

Quick access to emergency numbers in most countries across the world. A handy app for anyone that travels or intends to travel abroad. Data taken from Wikipedia. Although sincere efforts were made to keep the list accurate, some numbers may not be active or current. Allows addition and deletion of numbers from the list. Note that only those number…

This is the user's guide of My RPN Calc. This is the same as the help pages available at http://calcjqm.lsrodier.net but conveniently packaged in an application for offline viewing/reading.

Spree is a FREE app all about saving you money! Containing countless vouchers for the best local restaurants, attractions, shops and leisure activities, Spree is sure to have the offers you want in Aberdeen, Dundee, Perth, Edinburgh, Glasgow and Norwich! Free to download and easy to use, Spree will deliver the hottest offers straight to your phon…

This is an Android version of the demonstration app used for the Velleman K8055 USB Experiment Interface Board. This app is NOT recommended for casual downloading, you should try to use the Windows or Mac version of the demo interface before trying this app, since that is what this app is based on. So try to read the previous sentence before voti…

This is an Android version of the demonstration app used for the Velleman K8055 USB Experiment Interface Board. A "rooted android" is NOT required; instead, this app uses the standard android.hardware.usb libraries found on Android 3.1 devices. A USB host interface will be required. This app has been tested on an Acer Iconia Tab A500, an…

W&O POS - Restaurant Point of Sale is android POS System for any small or medium-sized business. Restaurant POS (Point of Sale) is compatible with your existing hardware like printers and cash drawers, which saves your time and money. Try it! No need Internet connection W&O POS supports Fire Tablets https://www.amazon.com/dp/B01J94SWWU/re… 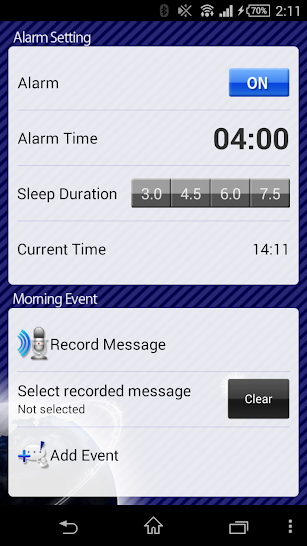 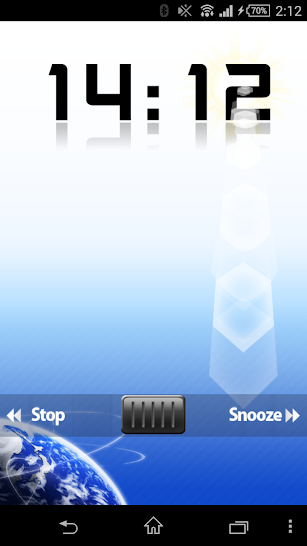