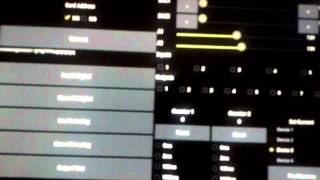 1.1 Updated main activity so that messages are queued when the activity is inactive, then posts the messages onResume()

1.3 Got the correct values for Debounce1 and Debounce2

This is an Android version of the demonstration app used for the Velleman K8055 USB Experiment Interface Board. This app is NOT recommended for casual downloading, you should try to use the Windows or Mac version of the demo interface before trying this app, since that is what this app is based on. So try to read the previous sentence before voting only 1 star.

A "rooted android" is NOT required; instead, this app uses the standard android.hardware.usb libraries found on Android 3.1 devices.
A USB host interface will be required. This app has been tested on an Acer Iconia Tab A500, and could possibly run on a Motorola Xoom (with USB Host cable and an update from Motorola), a Lenovo ThinkPad Tablet, or a Samsung Galaxy Tablet (with adapter).

Support for any other non-mentioned Android devices would require USB-Host support and full support for the Android 3.1 OS on their device.

Any user that owns a K8055 board can simply plug in a usb cable from the board to their tablet, tap the "Find Devices" button, select a "found" device, then tap "Connect" to start the monitoring thread. The monitoring thread queries and sends commands to the board around the 20ms conversion time as advertised on the packaging.

This is the free version; there is however a 4 minute shutdown timer that starts at the beginning of the application. When the shutdown timer expires, the monitoring thread is shutdown and a link is provided listing Digiwack Software Apps.

If you found this app at a site other than the Android Marketplace, Digiwack Software does not support any "features" that may have been added after it was scrapped from the Android Marketplace site. You can find the original source of this App here: https://play.google.com/store/apps/developer?id=Digiwack+Software

Book cheap air tickets in India, earn ixigo money and get the best offers on flight airfare from all travel apps at one place. Redeem 100% of your ixigo money balance on your next flight booking. Only on ixigo: Automated web checkin, Smart fare alerts, Holiday calendar, Flight status & flight tracker. You can also compare hotel tariffs & f…

Fun and simple board game for two players on one tablet. Set off your bombs to push the ball into your opponents endzone. This is the tablet version of shockwaves. In this version the two players fight it out on the same device. If you are taking a beating in this game try holding your opponents hands away from the screen - it might give you the…

---Tour guide of Korea Chungcheongbuk-do’s culture and history--- Visit tour sites in Chungbuk and listen to fun stories while enjoying the region’s beautiful scenery and historic sites. ‘Chungbuk Talk Talk’ is an audio storytelling guide that provides fun and easy explanations of historic sites and scenic spots accompanied by photos. This profes…

Fun and simple board game for two players on one tablet. Set off your bombs to push the ball into your opponents endzone. This is the tablet version of shockwaves. In this version the two players fight it out on the same device. If you are taking a beating in this game try holding your opponents hands away from the screen - it might give you the…

This is a Preview Mode! You have limited access to the content provided. In this mode you can access 2 tutorials, 1 quiz and 1 set of flash cards For full access to the content , please purchase this application from the market place at the link below: https://market.android.com/details?id=com.quizmine.androidhtmlfive The full version of Appli… 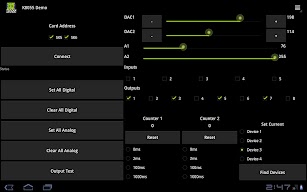 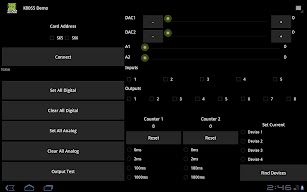