"See what it's about at a glance"

It goes without saying that this app is only useful for those devices with LED or trackball notification feature.

Light Flow brings to Android one of the best features of BlackBerries (BeBuzz/BerryBuzz BB apps), that's it, fully customize your notificationLED colors to see at first sight what it's about or even who's the one who has called/messaged you.

The Lite version allows you to set the notification LED color for missed calls, calendar reminders, e-mails, SMS, MMS, low battery, charged battery, Bluetooth on, charging battery, no signal, phone signal or GTalk chats as well as some miscellaneous apps. However, Pro version includes all of these + unlocks all restrictions and allows you to set notification LED color of about 140 different apps/system features.

From "Additional apps supported by Light Flow" you will see a list of dozens apps notifications supported by this app (Facebook, Twitter, Whatsapp, Ebay, Evernote...), however, all of them are only available in the paid version.

You can also set some other notifications preferences like repeating sounds or vibration patters. It even supports flash in succession, for when you've received different notifications inputs. Once everything is set you can backup/restore your configuration.

Truly useful if your device support it.

Light flow allows you to take control of the notifications on your device.

If you've come from a Blackberry device and miss the features of BeBuzz / BerryBuzz then give LightFlow a try!

This app will allow you to control the notification color for the over 600 applications and system events such as:
* Missed calls
* Voice mail
* Calendar reminders
* gmail
* email
* SMS messages
* MMS messages
* Low battery
* No signal
* Google talk
* Facebook
* Twitter
...and many many more

It allows the colors to flash in succession, so if you have a new SMS and a missed call it can alternate between the two colors. You can also set which notification type has the highest priority and let it flash in just that one color.

It'll even push notifications out to your pebble smart watch, Sony smart Watch and the DashClock lock screen extension.

For a full list of permissions required and why see here:
http://www.reactle.com/2014/06/app-permissions.html

Known issues/Limitations
-------------------------
Samsung phones when accessibility is enabled may cause the phone to start talking, warnings about air view and a few other issues. These are confirmed samsung bugs (see here: http://developer.samsung.com/forum/board/thread/view.do?boardName=GeneralB&messageId=204387) but the app can be run without the accessibility service and still work (but with a reduced notification list)

Not all phones support all colors.
For example: Most HTC phones only support 3 colors and require "Rooting" and running the app in "direct mode"

Some phones can only light up the notification while the screen is off.

Some phones cannot have their notification light always on

Note that it will take over control of your notifications and you will therefore only get notifications for categories that the app allows.

We recommend you try the "lite" version first before purchasing to avoid any disappointment if it doesn't work for you. Some phones require root privileges to access the LEDs.

For the differences between this version and the lite version see here: http://www.reactle.com/p/features.html

** If upgrading from the "lite" version, please uninstall the lite version first but you can backup and restore settings between versions **

SmartWatch Motion Headset Ctrl gives you the freedom to control your media completely hands free!! Move to the next track with a twist of the wrist. Play and pause your music with a simple gesture! If you have ever wanted to control your music from across the room without having to touch anything then this is the app for you! ** New Features ** *…

- added change of color of the phone LED on notifications from other applications - quick reply option in popup window for applications which supports this feature - Dual SIM support on Android 5.1 systems and higher, see it on: here - displays incoming MMS - smartwatches support (reminder, full battery notification) - car mode with speakerpho…

Let LED Blinker Notifications show your missed calls, SMS and Gmail messages. If you have no hardware led, the screen is used. Only some applications are supported by the lite version, see advantages of the full version below! All apps are supported in the full version. It is possible to remove the ADS (see the button at the top or at menu) but yo…

Note: This is exactly same as free version of Light Manager but with no advertisement. Please try the free version first to see if your device is compatible before purchasing. Note that there is no internet permission in paid version, so your private data is safe. Configure LED color and its flashing frequency for notification as shown below: - Mi…

Let LED Blinker Notifications Pro show your missed calls, SMS, Facebook and WhatsApp messages. If you have no hardware led, the screen is used. All apps are supported in the full version, click on the plus button at the bottom and add the missing one. This app, which is created in material design, is very simple to use and not much configuration…

Light Flow - LED control allows you to take control of your notification LED or trackball colors. It goes without saying that this app is only useful for those devices with LED or trackball notification feature. Light Flow brings to Android one of the best features of BlackBerries (BeBuzz/BerryBuzz BB apps), that's it, fully customize your notifica…. 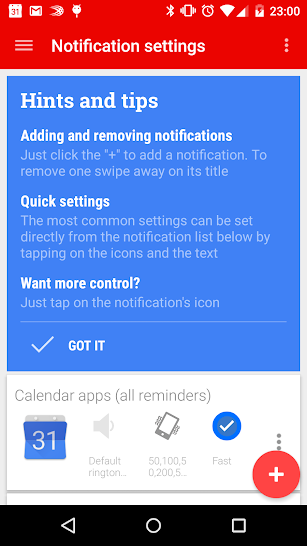 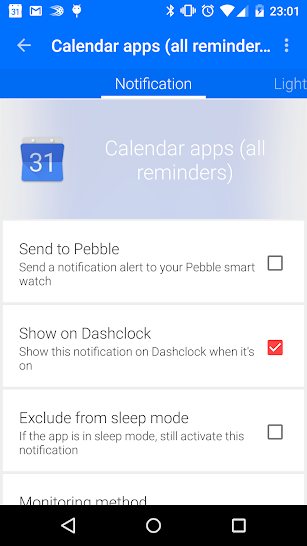 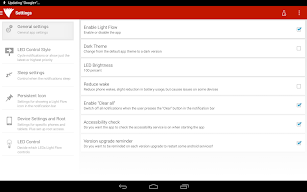 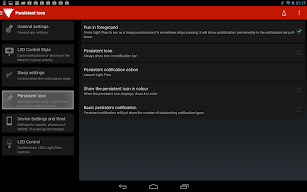 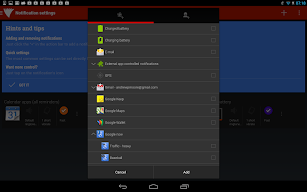 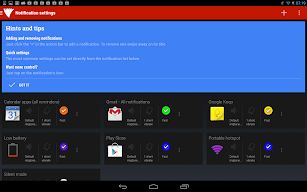 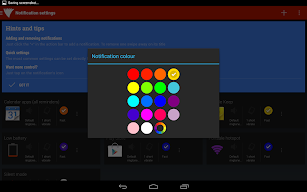 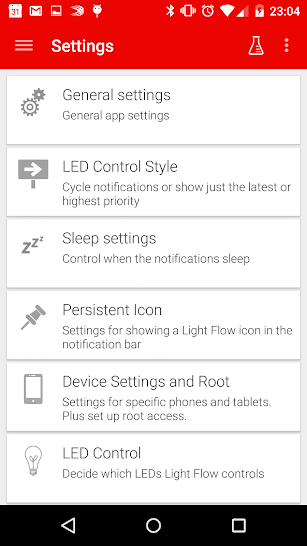 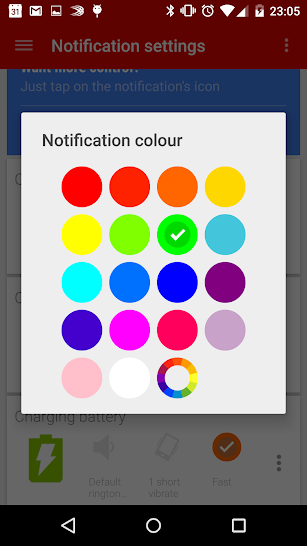 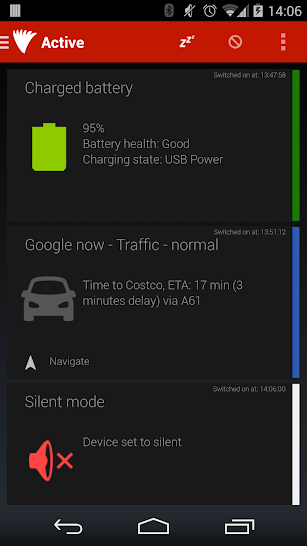 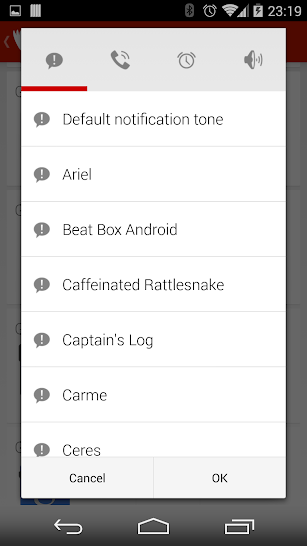 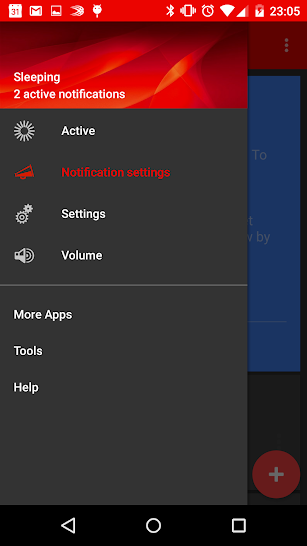 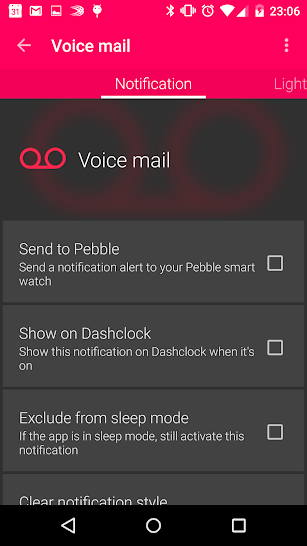 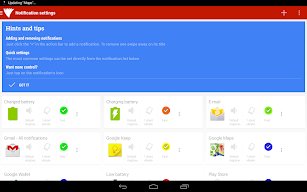 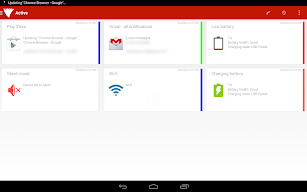