A calculator for electric powered RC model airplanes, RC helicopters, multirotors, RC cars, trucks and buggy's. If you use rechargeable batteries then this app is for you.
(Designed with Lithium-Polymer (LiPo) batteries in mind but any rechargeable battery including NiCd, NiMh and LiFe batteries can be calculated if you know the voltage.)

Try it, it's truly useful.

(Please Note: This app has no malware and requires the following standard Android permissions only:
1) Network Access: View Wifi & networks: To check for new versions.
2) Phone Calls: To hide when a call comes through.
3) Storage: To install on the SD card if needed.)

Please EMAIL if you have a problem or find a bug or an incorrect calculation.

Examples:
(Note: It is highly recommended to fly using only 80% of the capacity of LiPo batteries to maximize their longevity)

a) "Realistic" flight time is also calculated which works out to be 11 minutes and 47 seconds using 80% capacity and 60% average throttle, very close to the actual flight time achieved in the second image.

b) You have flown (or driven) for 11 minutes and 20 seconds, then recharged your 2200mAh LiPo, when finished your charger states that 1720mAh was returned to the battery. This app can then calculate:
• that the average current draw for the flight was 9.11 amps,
• the discharge rate was 4.1C,
• you used 78% of the rated capacity of the battery and
• to use 80% of the battery's capacity you could've safely flown for 11 minutes 35 seconds.

Comments & suggestions very welcome, please email if you have any problems!

Disclaimer: The formulas used in these calculations come from various internet sources, with some variations added from my own experience. While a lot of effort was put into ensuring accuracy, your results may vary!
Built with App Inventor.

JarasFM Live! Now you can listen to JarasFM Radio wherever you are; in Lebanon or anywhere in the world. Latest Music, Latest Albums and News...are available now on your android device.

3D Moving Earth LWP Find multiple settings in each single setting option of 3D Moving Earth live wall paper. The 3D image of the Earth, comets and stars is definitely the most realistic one. The color texture movement and display of the earth has plenty of option to choose from. To get the whole world in your hands all that you need 3d moving e… 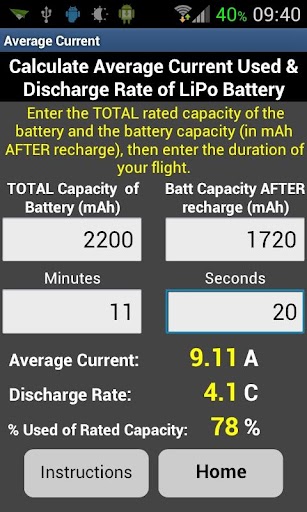 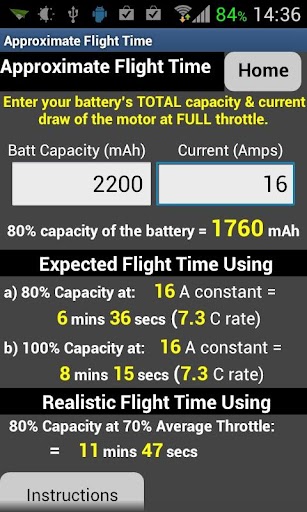 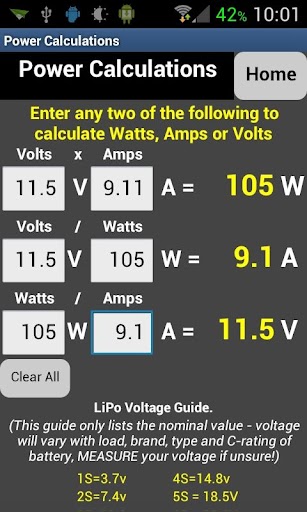 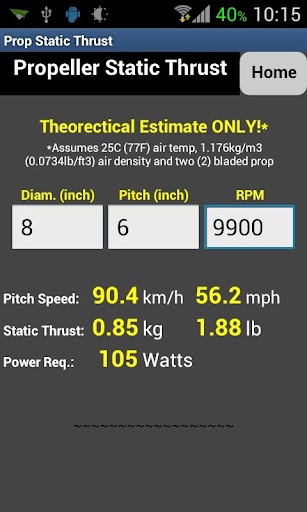 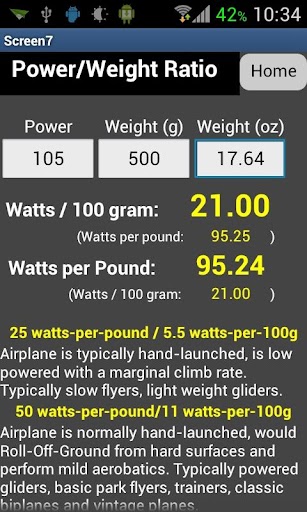