If you have any issues please reach out to us at help+trigger@coleridgeapps.com.

"If THIS then... boost your productivity"

Your phone can do for you way more than what you imagine. Why not to make the most of it? Trigger is going to help you with that. Trigger is nothing but an IFTTT (If This Then That) app. In other words, it allows you to set automatic actions that must be performed when some conditions are met. For example, "silence your phone when you get to work" or "Launch GMaps when you connect to your car's Bluetooth". Nice stuff that help you save battery, time and efforts.

Of course, those are presets you can find on the app (along with others). But the strongest point of Triggers is that you can create your own tasks. The current Triggers you can toy with are NFC, Bluetooth and WiFi. However, the Pro version also includes Geofence (Location), Battery Level and Time. Getting them would you cost $3 via in-app purchase.

The current version is enough to discover if it's worth upgrading. You can build your own tasks such as "When connected to Work-WiFi checkin-in on social media like Foursquare or Google Places" or "When connecting to car's Bluetooth send a SMS". Just play with it, combine featuers such as volume level, brightness, notification light settings, messages, apps, alarms, calendar events and much more.

The future is the IFTTT powered by people. You can start right now.

Bored of putting your phone on silent every time you get into the office? Tired of turning off Bluetooth to conserve battery every time juice gets low?

This app interacts with your surroundings to configure settings on your phone automatically. Combine triggers and actions to create tasks, then activate the tasks that you create with conditions that you set!

Here are examples of what you can do:

In your car: Use Bluetooth as a trigger to open GPS and launch your favorite music app

On your nightstand: Program an NFC tag to set your ringer to vibrate, dim your display and set an alarm

In your house: Use WiFi as a trigger to silence your phone, connect to bluetooth, and play your favorite songs.

The current free triggers are as follows:

And as part of our Pro-Upgrade we also have these additional triggers:

And here are a few examples of the actions that you can perform with Trigger task launcher:

Trigger is a task launcher that allows you to easily program your device to do the actions you do regularly.

So go ahead and create your own combinations to automate your life. The only limit is what you can come up with!

The Wall Street Journal calls it "living in the future."

Additional actions can be found when experimental features are enabled in advanced settings. Auto lock screen and airplane mode are restricted by Android but we've created some work around solutions for these actions. (Note: They aren't 100% reliable which is why they're classed as "experimental features").

Some demos can be viewed on the application website

Note: When using NFC Tags you can create a Switch task that will toggle between two tasks with each tap.

We're always working on adding new actions to Tasks. Please get in touch if there's something you'd like to do that's not currently offered.

This application supports NFC Forum Type 1, Type 2, Type 3 and Type 4 Tags as well as third party NFC Enabled tags like the MIFARE Classic, DESFire, Ultralight and Ultralight C. Now supporting read-only tags & allowing you to write any amount of data to any tag using Tagstand's cloud service. This allows you to use your tags just as you would any writable tag without worrying about size.

All permissions are listed and explained here: https://sites.google.com/site/triggerwiki/permissions

This app uses Google Analytics for aggregate, anonymous data collection, which can be opted out of from the settings page.

TagLauncher lets you execute actions on scanning a NFC tag. Create actionbundles to automate common tasks and write them to an NFC tag. TagLauncher will save the actions on the tag so you can use the tag with any NFC-capable phone which has also installed TagLauncher. Supported actions: • enable/disable/toggle Bluetooth • start/pause your music pl…

NFC Tools is an app which allows you to read, write and program tasks on your NFC tags and other RFID compatible chips. All you need to do is get your device close to an NFC chip to read the data on it or execute tasks. Simple and intuitive, NFC Tools can record standard information on your tags which will be compatible with any NFC device. For i…

AutomateIT allows users to set automatic processes to be run on your Android. You're going to feel powerful. AutomateIT boosts your built-in smartphone features to the fullest. It allows yo to set rules and desired behaviors in response to events on your Android device. Thus, you just need to take some time to take those rules and then let your dev….

Now you can create NFC tags quickly and easily with Wiip NFC Tags! Wiip NFC Tags allows you to write most common NFC tags: url, mail, telephone, sms, v-Card, plain text, etc… In addition, you can write labels of the main social networks like Facebook, Linkedin or Twitter. These tags are based on NFC Forum standards, so any NFC-enabled device is ca… 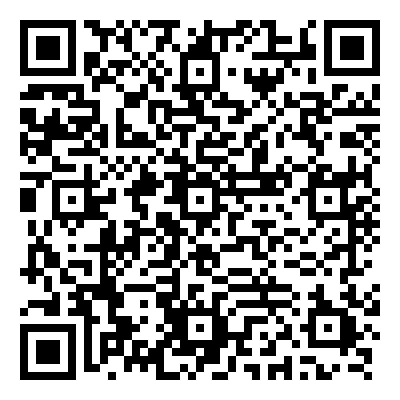 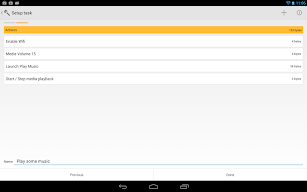 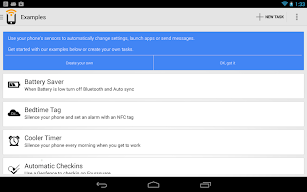 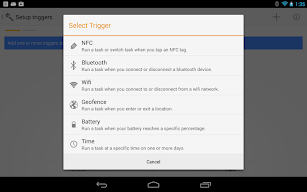 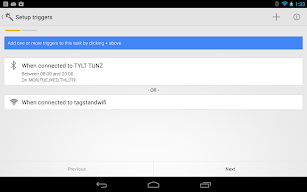 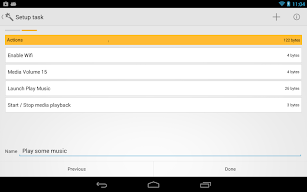 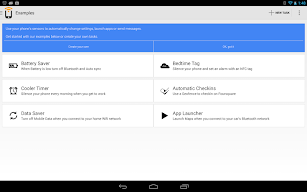 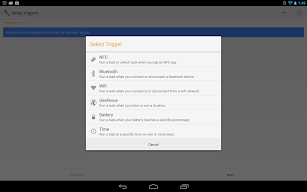 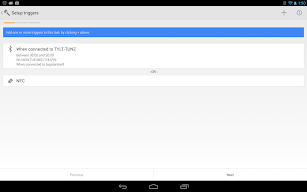 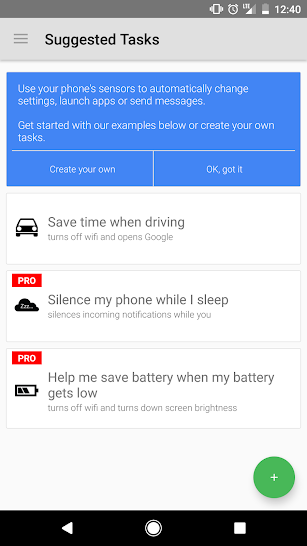 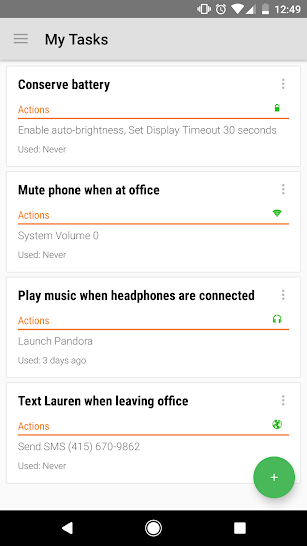 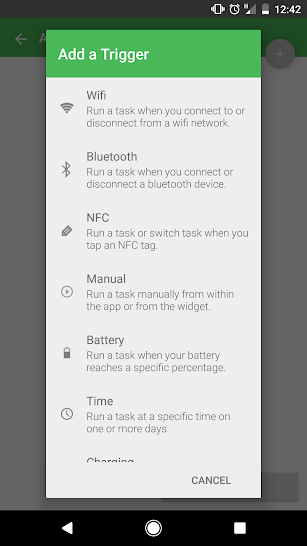 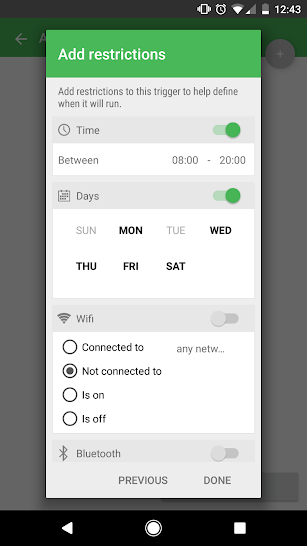 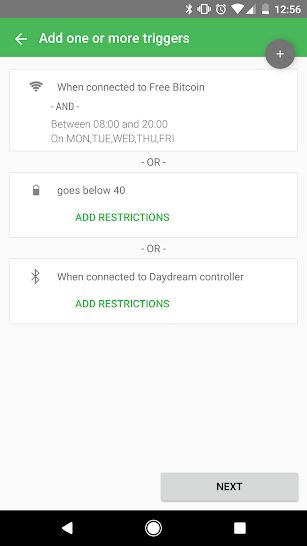 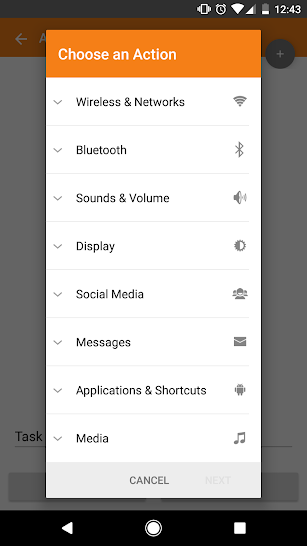 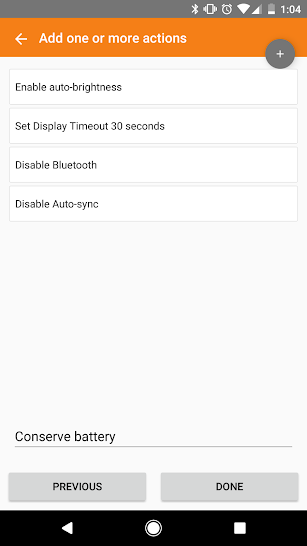 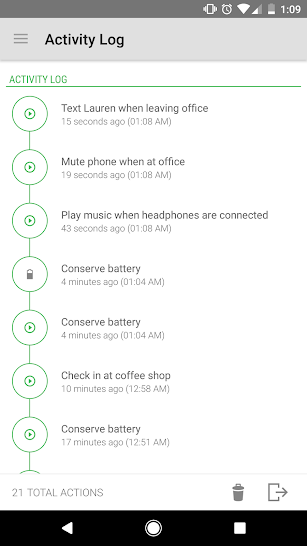