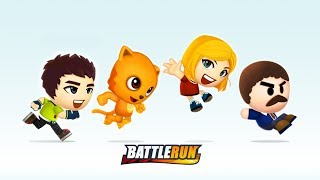 Punch your boss and make it hurt

"Are you stressed out? Give vent to it!"

Kick the Boss is one stress reliever game for Android. What is it about? Simply, give vent to your rage and let it all out by punching and annoying your boss in several ways: stab, burn and egg them.

There are many weapons to upgrade divided into four categories (fire, sharp, office goodies and handy weapons). You can choose each weapon by tapping on the top right button and purchase it when having enough money, which is earned by hurting your boss. Remember that every weapon is activated in a different way.

There are seven characters available to choose and their own interactive backgrounds. The physic graphics are well-developed and the animations are funny enough if you enjoy playing these kind of games.

Kick the Boss was developed by Game Hive Corporation, being this their only game so far in Google Play. It's fun and there are many weapons to use, but it just gets repetitive after playing for a few minutes. Even though, it's still entertaining if you want to relieve your stress.

Welcome to Battle Run Season 2. The multiplayer running game that 3 million players love just got even better.Now you can choose 15 different pets to assist you!

Battle Run is like Mario Kart on a 2D platform. You can outrun three other players in real time! If you can’t run fast enough, use a weapon to take down whomever is in front of you.

๏ REAL-TIME MULTIPLAYER
Playing with your friends’ score is boring. Battling with them in real time is awesome.

๏ CUSTOMIZE YOUR LOOK
Customize your own set of cloth, hat, glass, mask, or even trailing effect. DRESS UP to look unique in the game!

๏ CHOOST YOUR PETS
Get instant boost and extra shield with your PETs. All of them are different and unique.

๏ PRO LEAGUE
Climb up the ranking and be the best possible battle runner in the world!

$0.99 Sale for the Christmas season (was $2.99), paid version has a larger inventory, no ads, backers reward, can own regions on the server for 3x as long! Mine the terrain for resources, build great structures, harvest plants, trees and mobs. Play cooperative or competitive multiplayer with friends or random players! Features • Multiplayer, fea…

New weapons and all new gun rendering engine just added! Take to the range with an incredible arsenal of the world’s finest weaponry. Gun Club 3 combines challenging, addictive gameplay with stunning visuals & unsurpassed detail; the only thing missing is the smell of gun powder. The newest release in the best-selling Gun Club series, Gun Clu…

Welcome to the most epic and intense Multiplayer 2D war game, you’ve ever seen. In this free battle simulator game, you just have 1 objective: Try to destroy the enemies’ bases and defend your tower by creating a powerful stronghold and using different war tactics and strategies. So, if you are into such Real-Time Strategy war games (RTS War game…

Race against up to 3 real online rivals through fun levels where you compete to be the first, running to the ninja dojo temple in this fun real time multiplayer battle. Jump, dodge, slide, dash and throw ninja stars as fast as you can at other boys & kids. Avoid the attacks of the other rival kid ninjas in your way and try to kill them with t…

Play the best classic MMORPG, only in Empire Online! A truly massively multiplayer online role-playing game: Train your own epic character, create an unstoppable team, and build the most formidable empire in the land! Defend your empire with your friends and conquer others to expand your empire! It’s time to begin your journey in a land with gods…

A collectible card game about gangs and outlaws. Crime War should be considered a skin of the standard GameZen's card game, themed with gangs and thugs. This review can be mostly applied to other similar games of this company so far. It's most interesting part is the chance to choose a deck among eight known mafia gangs from all over the world, fro….