Who will survive? Prove your valor in Dead City, the ultimate shooting action game.

"Go blow up those walkers"

Zombies have taken the city. Fortunately, there's an armed-to-the-teeth soldier out there that, besides a disproportionate head, has the guts to face them all on a frantic-pace city cross.

Thus, gameplay is a mix of classic beat'em and side-scrolling shooting. Advance along the streets shooting at zombies who come from the front and the back while collecting objects and power-ups. As you rank up, tougher zombies will be showing up. Upgrade your weaponry and equipment with the coins you earn for fulfilling quests. You can also boost your progress by purchasing packs or reviving the big-head soldier. In-app purchase feels kind of greedy: you're prompted to get one of those packs too early.

No complaints regarding scenery. Artwork is original and graphics are overall good, including effects and animations when blowing up zombies or explosive barrels. There's a touch of humor in the design which enhances the game overall. Character is controlled by two joystick, one for moving, the other one for aiming and firing. Quite responsive and intuitive.

In brief, Dead City is a good timekiller for those who are more into shooting games that require fast reflexes. No storyline, no challenging puzzles. Just get the weapon and pump them full of lead.

The last survivor takes on the rest of the world gone zombie!
Who will come victorious? Prove your valor in [Dead City], the ultimate shooting action.

★☆This is a single game. When deleting the game or initializing it, please use the data backup/restoration service in the option.☆★

★☆Changing network environment below Android OS v.2.3.6 might initialize the game. Please update to the latest OS to enjoy the game.☆★

★ Game in English ★
We also support Korean, Japanese, and Chinese..

After the nuclear war, humanity is no more. Except…. me.
D-virus turned the rest of the world into zombies. Now kill or be killed!
Shoot in all directions infinitely, or go for the one-shot-one-kill headshot! Overcome tight situations with special skills firing up the whole screen!
Run over the zombies with a vehicle, feel the adrenaline rush! Survive zombie hell!

Kill zombies while driving your car dangerously. Zombie Road is an action-packed game for those who enjoy guns and killing zombies, as well as driving crazy vehicles. In order to control the car, you need to tilt your phone left or right and hit one of the four regions to shoot towards that direction. Also, be sure to use the other helpers which wi….

Are you a fan of endless games and Road Kill games? You’re in for the ride of your life through a zombie apocalypse! Zombies Gang: Cars and Guns is action game that blends the boundaries of classic shooter games and timeless racing games. The rules are very simple - slay the endless waves of zombies or have your brain eaten. Ruthless dead squad o…

Road Riot is the global sensation that defined the Combat Racing genre with over 20 Million Downloads ! This addictive, action-packed shooter will put your driving skills to the ultimate test! Dodge missiles, destroy enemy cars, and leave a trail of destruction as you race to the top of the worldwide rankings! Engadget.com says Road Riot Combat…

Welcome to Jungle, where fortunes are made and lives are lost with a roll of the dice! Roll up on a dangerous new trip through the Jungle of Sin in the open-world action game! Get ready for fun, immersive, and wild gun zombie wars! Zombie War is an open Jungle, survival game where your objective is to survive in this hostile environment. Hunt, e…

Let’s experience new Zombie Shooting Game - the addictive action game for all of the zombie games fans! In 2072, the world is filled with zombies. Tens of billions the dead are destroying the Earth and nonstop. The Zombies makes the anarchy everywhere. It’s the war that everyone who are not dead need to join! The Empires of zombies can come around… 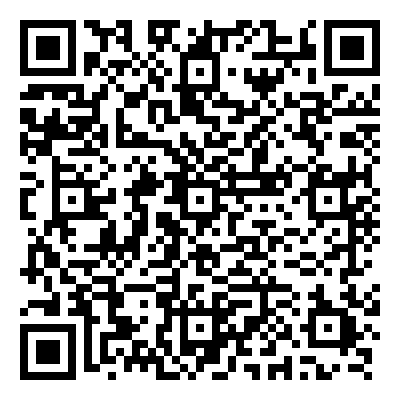