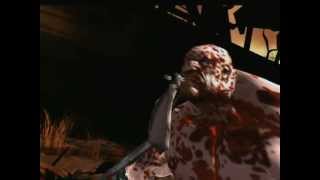 "Looking out for a hero...ine"

OK, first at all, the future Oscar award winner plot summarized in a couple of sentences: a virus that makes you stronger when doesn't kill you; a domed and doomed city in ruins with over-stereoided ogre-like cyborg-ugly foes and you, a lovely 21st century amazon armed with an axe and a trash can lid. No firearms allowed. Got it?

Death Dome is a 3D lookalike fighting game, though don't think about it as Tekken or Dead or Alive. It's a game about attack, attack and attack to then dodge in the exact precise moment and in the needed direction. As foes inflict ten times more damage than you, then it will be time to attack, attack and...dodge. If you dodge actually in the exact precise moment, time will freeze and you'll be able to deal actual damage to your enemy. Also, if you accumulate enough green slimy fluor stuff you can freeze time and deal a super attack. Lastly, once you have emptied your enemy's lifebar, you can finish him off through a sort of fatality, though it seems there's little if any control on them. Weapons, armor and shield are upgradeable through in-game money or legal tender. Perhaps the best part of it is that experience points allow to learn new moves beyond the starting basic slashes.

Graphics and animations are great, though lower devices may not be able to stand them at all. In addition, there's been a great effort put into sound effects

Death Dome is free to play and is occupies only 400 and so Mb in your SD card now that we are getting used to 1Gb and more. However, it's quite difficult to get far in the game without in-app purchases unless you are disposed to spend a handful of hours on it. As an improvised scale, think about the end of first stage as your free limit. Touch response in menus clearly deserves some improvement, but this can be considered a minor flaw nowadays.

In short, it's a great game, though it may not completely satisfy either hardcore or fighting gamers, much less hardcore fighting gamers. However, casual gamers will find this game perfectly suited to enjoy gory battles without needing to learn strange combos or become a nervous wreck.

No one really remembers where it all started...but before long...it was everywhere.

The “M” virus… Most people who showed symptoms were dead within days…but others weren’t so lucky. Mutations were showing up all over the city. The infected were quarantined in a bio-dome force field that encased the city of Palamira. Some called it a “safe zone”, but most know it as the Death Dome.

The M virus grew stronger inside the Death Dome and eventually became strong enough to live on its own without a host. Strong enough to become…The Behemoths!

The only name I know is Phoenix, I have no recollection of who I was before…The one thing I do know is that they will never dismantle the dome while the behemoths are still alive so I must take them all down….myself!

EVOLVING COMBAT!
Learn new skills and techniques as you progress through the game. Use them to take down even tougher enemies!

FIND LOOT!
Scavenge the remnants of a once-thriving city

An outstanding fighting game. This is the Chinese version of Death Dome. Our original review on the English one can be read below for your convenience: OK, first at all, the future Oscar award winner plot summarized in a couple of sentences: a virus that makes you stronger when doesn't kill you; a domed and doomed city in ruins with over-stereoided….

Fulfill missions to upgrade your car and kill zombies by the way. Here we are again. 360 Mb later, zombies took over your city and, instead of sheltering in an underground bunker full of supplies along your college crush, you preferred to ride a car that seems ruled out from Mad Max films. Of course, zombies applauded your initiative and gathered t….

An outstanding fighting game. This is the Korean version of Death Dome. Our original review on the English one can be read below for your convenience: OK, first at all, the future Oscar award winner plot summarized in a couple of sentences: a virus that makes you stronger when doesn't kill you; a domed and doomed city in ruins with over-stereoided….

An outstanding fighting game. This is the Japanese version of Death Dome. Our original review on the English one can be read below for your convenience: OK, first at all, the future Oscar award winner plot summarized in a couple of sentences: a virus that makes you stronger when doesn't kill you; a domed and doomed city in ruins with over-stereoide….

Sequel to the successful Blood & Glory. This is the Korean version of B&G2. For your convenience, here's our original review on the English one: Glad...I...at...or... they seem random muttered words, but when are put together, well, you have a word game then, and a nice way to start this bloody review and catch your attention, I hope. As usual in G….

An outstanding fighting game. Keeping up Glu's policy of localize every game of theirs, this is the Russian version of Death Dome. For your convenience, here's our review on the original English version. OK, first at all, the future Oscar award winner plot summarized in a couple of sentences: a virus that makes you stronger when doesn't kill you; a…. 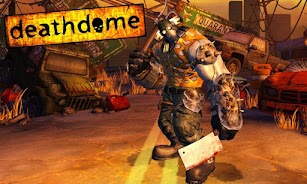 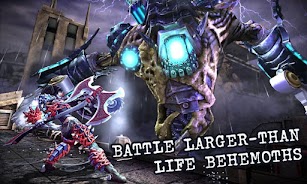 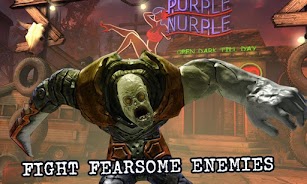 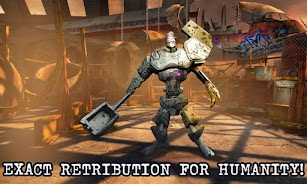 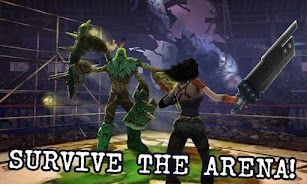