Injustice: Gods Among Us

Unlock new characters, Batman Ninja NIGHTWING in Phantom Zone and BLACKEST NIGHT FLASH through Multiplayer Battles! Collect new Gear, NIGHTWING’S NINJATO and BLACK POWER BATTERY! Check out the Phantom Zone improvements based on your feedback! Completion rewards can now be viewed, crystals display rewards given and recommended character stats, and you can replace objectives by rerolling for a new one! Plus, Nth Metal can be earned through Multiplayer Season Rewards and NEW BOOSTER PACKS!

Download APK from previous versions of Injustice: Gods Among Us

One of our oldest demands was that 2D fighting games, mainly heirs to Street Fighter and King of Fighters were not landing on mobile devices and how much we'd like to enjoy old school fighting on a tablet or smartphone. Of course, the lack of a suitable pad and the need to adapt controls to a native interface was an obstacle, but we were eager to know how developers would overcome it.

Therefore, here it is Injustice, based on an alternative dimension where Catwoman can bitchslap Superman and no DC purist gets harmed in the making. Game consists in two parts: first you have to get characters and upgrade them. Every character has an energy bar, so your teammates will have to make turns in order to not exhaust them. Of course, you can renew their energy through in-app purchasing, where the freemium formula lies.

The second part is the actual fight, when you'll have to make combos combinating screen-mashing (a renewed version of button-mashing) with gestures to block or throw heavy attacks. When you have enough fighting power you can cast special -and absolutely awesome- attacks by tapping on a special button at the bottom left of the screen. Upgraded characters have more skills -some of them only useful when you tag with certain characters- to make fights richer and more varied.

This game, as it's its PC and console version, has been made by Netherrealm studios, who you might already know because they are the developers of the Mortal Kombat franchise, what allows us to dream of Kitana and her friends exchanging blows on our devices and opens the gate to other famous fighting franchises to be ported over.

Therefore, indispensable. If your device can bear it, download it.

Build an epic roster of DC super heroes and villains and get ready for battle! INJUSTICE: GODS AMONG US is a free-to-play collectible card game where you build a roster of characters, moves, powers, and gear and enter the arena in touch-based 3-on-3 action combat.

FIGHT
Use the touch screen mechanics of your mobile device to battle your enemies in 3-on-3 action combat. Swipe and tap to perform combos and build your power to pull off special attacks and super moves taken straight from the console version of the game.

LEVEL UP
Build your move set, increase your powers, upgrade your characters and gear, and beat your competition. Constantly evolve your card collection to fit your style of play and put your best team forward as you take on a series of DC super hero and villian combatants.z

ONLINE MULTIPLAYER
Take on real opponents in Online Multiplayer Battles. Compete against players worldwide on the leaderboards, and in tournaments filled with awesome rewards. Watch replays of your previous offensive and defensive battles to hone your skills and your team lineup. Lead your team to victory!

MASSIVE ROSTER
Collect and play as your favorite DC Comics icons: Superman, Batman, Wonder Woman, The Joker, Green Arrow, Flash, Bane, Green Lantern, Doomsday, and many others. With each alternate version of these iconic characters you get a new set of powers and moves, and a whole new fight!

AMAZING GRAPHICS
Delivers best-in-class graphics on your phone or tablet, with custom animations for every single super hero and villain. Take the battle to Arkham Asylum, the Batcave, The Watchtower, and other iconic locales from DC Comics, fully rendered in 3D.

Please Note: INJUSTICE: GODS AMONG US is free to play, but it contains items that can be purchased for real money.

Build a Powerful Team of Heroes! Play the #1 in third-person Shooting RPG Games. The most incredible free hero based battle royale on mobile. 50+ Heroes to recruit and go hunting with! Ally with friends to ensure survival! Join epic games with friends in Co-op Missions and compete world-wide in Real-time Online PvP Battles. Participate in Daily E…

Calling all Super Heroes! The interdimensional being Omega has settled in Silver City to bring chaos and destruction. Crime is through the roof! Take Mr. Sunshine and his incredible powers and build a team of Heroes known as The Sentinels to take back the city from evil. From Kitty Karma to Cloud-9, rally a team of Heroes and save the world in t…

*** OVER 200 CHARACTERS FROM THE SPIDER-VERSE TO PLAY! *** Collect and unite every Spider-Man and Spider-Woman to fight the ultimate threat in a story-driven endless runner! Experience a story that feels like it jumped straight from the Marvel Super Hero comics as you recruit an army of amazing Spider-Verse champions. Combat the new Sinister Six,… 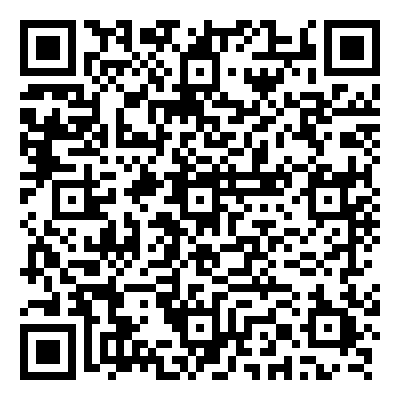 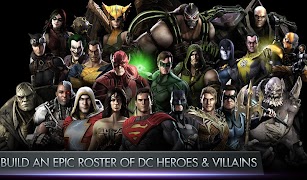 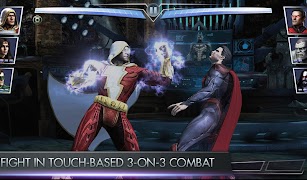 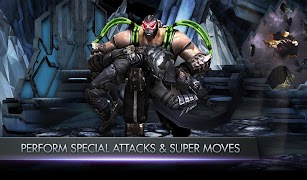 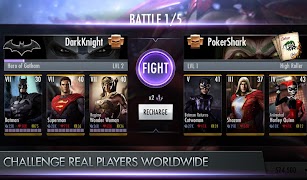 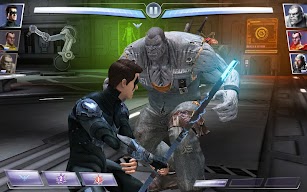 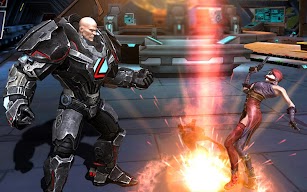