Download APK from previous versions of Legend of Minerva

"Shall untold tales be told?"

Sometimes, it's hard to review CC Games because honestly, there aren't many differences among them and it's a genre obsessed in perpetuating the same errors over and over again.

As it couldn't be otherwise, any CCG worthy of that name needs gorgeous artwork, which is half true and half busty goddesses, demonesses and heroines. It also needs a ton of different cards, feat easily achieved thanks to the evolve-to-change-card's-color technique. I know I'm ranting about a CCG as good as any other, but it's a shame that so much work ends up on a game so difficult to distinguish from any other within the same orbit.

In addition to an odd feeling regarding the user interface (you have always to scroll down to get even more unneeded info), the single tap quests and battles over you have little if any control, and the awkward translation, this game has the bad habit of having to load anything every time, so it might happen you spend more time staring at loading icons rather than actually playing.

Therefore, Legend of Minerva is a good CCG. At least, as good as any other, though it isn't especially suited for newcomers.

Legend of Minerva is a wonderfully detailed Fantasy Battle RPG
interwoven with a deep storyline and lots of dazzling imagery!

Free to Play!
Sign up NOW and get a head start today!

■Quest through the story with a wide variety of Characters!
Invite your friends and receive great benefits for Battle!
Slay powerful bosses and get spectacular rewards!
Make your own beautiful and powerful deck and watch
it grow along with you as you continue the game!

■Collect over Thousands of Marvelous Cards!
Choose between Divine, Mankind, or Evil Attributes!
Use them to fight against Random Raids and other Players!
Each card is created with detailed and intricate artwork,
slowly morphing more as each card grows in Rarity and Strength!

■Make Friends and Form a Guild!
Participate in Guild Wars to prove your Guild is the strongest!

■Events and Quests are updated frequently!
Participate in each Event and Get More Chances to receive
the rarest and most powerful cards!

In a far off land, a long time ago,
Tales are told of a great War...

Between dark Legendary Tyrants
and a heroic Oracle Knight...

Those Legendary Tyrants tirelessly wrought havoc
To submerse the world in a miasma of darkness...

But there was one Goddess who could not bear
watching the world suffer under their tyranny.

The Goddess of which countless tales were told... Minerva.

She searched far and wide for someone able
To Move the World with their strength and will.

The one she found was the first Oracle Knight.
His powers allowed him to summon a spectacular strength.
His strength alone sealed away the Tyrants into an eternal Slumber...

Or so he thought.

After thousands of years, the Tyrants have awakened once more,
ready to once again drown the world in a terrible darkness.

In order to stop their terror, Minerva has taken action again,
to find a new Oracle Knight to seal away the Tyrants for good.

You are the Start of a New Chapter in the Future of Our World!

HAPPY HALLOWEEN! Welcome to Dude-o-polis! A beautiful city where all the awesome and perfect dudes live! Jack used to live a normal dude life when one day he found out that life can be so much more fun in Dude-o-polis. You can drive around the town in any car you want and drift your way while you freeroam around the towns, parks and fields and a…

Enter the world of Might & Magic: Elemental Guardians - a fast-paced strategy RPG based on the medieval fantasy realm of Might & Magic. LEGENDARY SUMMONING • Collect and summon hundreds of iconic creatures • Witness evolution of loyal companions to legendary allies • Level-up to Heroic Star to unlock their truest might • Bring creatures t…

Join millions of players worldwide and battle a dark mysterious force intent on destroying the Kingdom! With over 8 million downloads in Japan, this magnificent online multiplayer JRPG's global version is now available for download! Welcome to Logres, an epic fantasy world of magic, knights and goddesses. Fight alongside friends against the ma…

An Arthurian Collectible Card Game. Although it would be unfair, I might well sum this game up to a yet another CCG whose only newness is to be set in Camelot instead of any other random medieval fantasy setting. And unfortunately I wouldn't be wrong at all. Heroes of Camelot features everything other games have already had. Its major advantage is…. 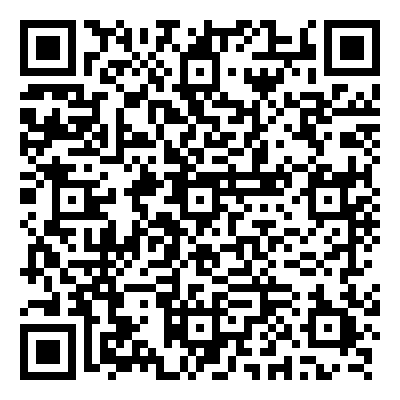