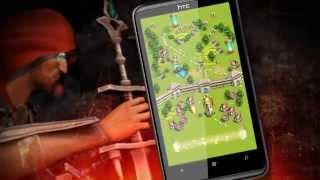 Lord of Magic is the latest arrival on to so-called active tower defense genre. This means, you have to defend your tower but there aren't automated watchtowers firing at the incoming enemies, so you have to manually aim at them and throw (swipe) your spells on them. By the way, it's supposed to be a story about two peaceful kingdoms that, as any other peaceful kingdom ever, are invaded by evil hordes. It should strike anyone that must be precisely you who send them back to where they wouldn't ever have left. Every time you kill a monster you are awarded with mana, needed to cast more spells and therefore to kill more and much powerful monsters.

Spells are divided among several magic schools (fire, ice, black and eclectic) are quite mixable. To upgrade your skills you have to collect orbs or purchase them through in-app purchases. Either way, this game comes free and ad-supported.

On the other hand, the number of monster races, skills and levels are quite limited. We strongly hope that next updates will bring more foes and ways to defeat them because, even though gameplay is thrilling and fun, it's something that gamers would really appreciate. In addition, we might ask for some sequence between stages, just to keep the archetypal story alive. Challenge mode via Openfeint is interesting, but nothing to write home about.

Nonetheless, it's a nice game for players used to defense-like games; but also for people who haven't ever played a game like this before, because is far more dynamic than previous released ones.

It is an evil time, when foul invading monsters lay waste to the lands of humans. Who will save the world from darkness and destruction?

Suddenly, a spark of hope flares brightly in the all-encompassing gloom: the Lord of Magic has come! He is the only one who wields the power to stop the madness, defeat the creatures of chaos, and restore the balance!

Description:
Lord of Magic is a mix between RPG and Tower Defense game genres with a heavy dose of arcade action in a gorgeous fantasy setting.

You are one of the last surviving sorcerers: both a keeper of long-forgotten arcane knowledge and a defender of the realm. You must use your magic abilities to crush your monstrous enemies and push them back whence they came. Only you can restore the peace!

Lord of Magic boasts awesome innovations in mana presentation and spell-casting. All magic is controlled by gestures, from a simple swipe for a basic spell to the more complex patterns required for the lethal invocations known only to master sorcerers.

As you progress through the game, you'll be able to learn new skills and spells in three different schools of magic to protect your lands from the monsters and villains who threaten all life. You are the wielder of the greatest power. You are the Lord of Magic!

Survive, explore, and master swordcraft and sorcery in this free-to-play fantasy survival MMORPG set in the high-fantasy Stormfall universe. Once a great lord of Stormfall you have been betrayed. Banished, you now face a life of exile to the Eastern Marches - a desolate land of snowy peaks, ancient magic, and forgotten ruins. You must fight off st…

Help a young adventurer unravel the mystery of the mage-born, and save the world from utter destruction. Test your skills against dangerous monsters and venture on a perilous quest into a mystical high fantasy world in the hottest, electrifying action RPG on your mobile device! An ancient evil has awakened, and Alfred the Great Sage has gone mad i…

A 3D action defense game. First off, element defense is not a defense game, which doesn't mean you don't have to defend something, namely, yourself, wave after wave of horned monsters, spike tailed beasts and other nameless creatures whose only goal is to beat you to an unrecognizable ooze of guts and sinews. You control your character by on-screen….

Wizard & Dragon Defense mixes RPG, tower-defense, siege, and real time strategy (RTS) mechanics in an action arcade fantasy game about mages, sorcery, good vs evil, and an undead dragon bent on taking over the world with an army of ghouls, zombies, evil spirits and other monsters! Faced with the threat of the fearsome undead dragon Gaping Maw,…

Your world is in chaos! Your once great kingdom now fights for its life against a scourge of mighty monsters! Treasure-rich lands need a hero forged in fire and magic; a giant among mortals with steel for muscles and courage for blood! Winning back these lands and restoring your kingdom to its former glory will require a brilliant strategic mind, d…

Destroy the evil monsters by matching colored blocks. Monster Defense is a curious defense application in which combining the pieces will help you defeat various monsters like zombies, vampires, mummies and others. In order to save the world, you need to combine similar elements in order for them to evolve into an attacker by swiping your finger ov…. 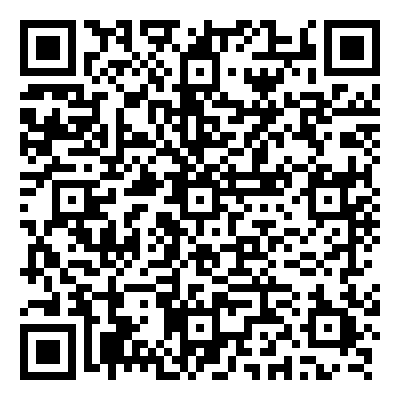 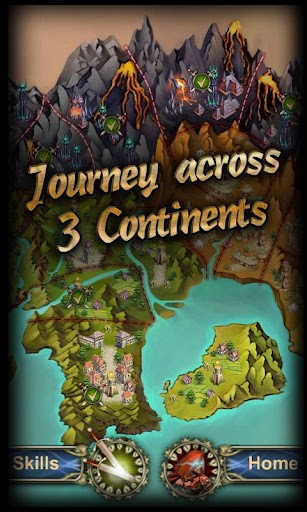 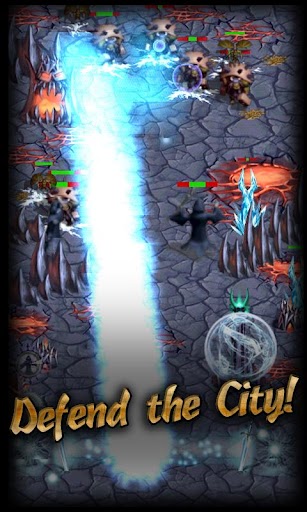 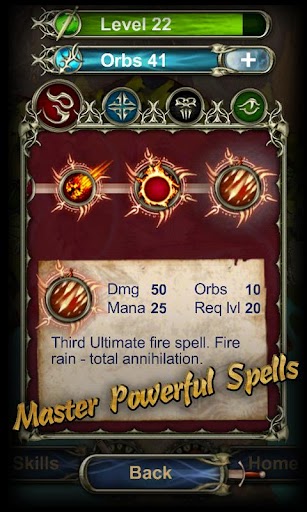 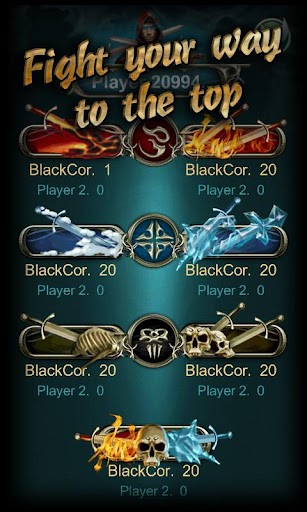 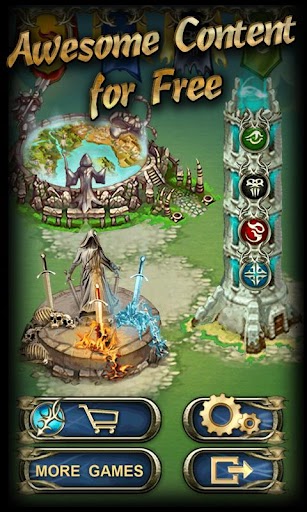