A classic arcade with an attractive and addictive gameplay

"Forces of the Dark Space"

This game is a classic shoot'em up action app where you play as a spaceship and your objective is to protect yourself and survive in your new habitat by killing as many enemies as possible. How to do so? Drag your finger over the screen to move the spaceship and aim correctly at the other navigators.

Choose between Campaign and Survival, select your enemy and difficulty level and proceed to begin your adventure. The game includes several missions rewarded with coins which you could later use to upgrade and buy new spaceships.

The app is undoubtedly fun and thrilling, difficulty is appropriate and there's enough gameplay to keep you immerse in the game for a long time. Of course it's not particularly original and we've played similar games before, but it doesn't really matter when graphics are great and controls work as smoothly as this.

AZAK is the creator of Star Forces, a well-designed and effective arcade game with an addictive gameplay which becomes more and more interesting as you keep on playing.

Defeat the degenerate fanatics of the Cult of Dagon!
Fight the space fleet of dark and malevolent Yuggoth with it's three despicable moons!
Withstand the onslaught of the ruthless mercenaries of Irem Syndicate!
Dare to challenge the cannibalistic warlords of Leng Empire and their leader, the Priest Not To Be Described, who dwells alone in his antediluvian monastery.
Finally, engage in combat the mystic Maria Orsic and her followers! Having escaped earth in 1945 in their Vril-powered flying disks, they recreated the Reich on planets orbiting Aldebaran.
Become the best combat pilot in the galaxy!

(Names of most enemies taken from works of H.P.Lovecraft, one of the best authors of all time)

Guide the spaceship between the meteorites and shoot the enemy spaceships that appears! Travel for the longest time possible! Play to improve your reflexes and your abilities! Practice with the accelerometer and fire as many space invaders as possible to become the best! Cross intriguing asteroids and shoot the enemy spacecrafts. Can you reach to…

Are you fan of space shooting, bullet hell games and like to blast enemies for glory? If the answer is "HELL YES!" Infinity Shooting: Galaxy War will suit you best! Our Solar System has been invaded by space enemies, but we still have you as our last hope! As a admiral of space defender, will be defeating them, so wait no longer, aboard…

If you are a fan of space shooting games and like to simulate sky fire shooting, so Space shooter: Galaxy attack game is game for you. This is a game developed from classic arcade game genre, old game but with a new context, more vivid graphics, more modern combat scene, fiercer, more glamorous. One day, our beautiful galaxy is under attack of the…

Spaceship game fun and full of action. You'll have to run a spaceship and destroying obstacles and enemies. There are several upgrades to advance such as bullets, the ship, the speed of bullets and ship. It has real-time multiplayer mode and also a world ranking with the best scores. Try to get the highest score and reach the maximum level!

Space Expedition is an exciting oldschool platform game with a colorful mixture of gameplay genres. This is a story of brave astronaut who is to discover what really happened on a distant space station. Discover new locations, solve puzzles, evade the traps, fight monsters, operate machines and pilot spaceships in a good old pixel-art atmosphere!…

AFC - Space Shooter : The world's most attractive monster shooting games or alien shooter game. It simulates a war in space shooter. Air Force Combat(AFC) shooting games puts you at the forefront of a battle with space intruders. You will take control of the spaceship and protect galaxy from alien swarms. In this "Air Force Combat" g… 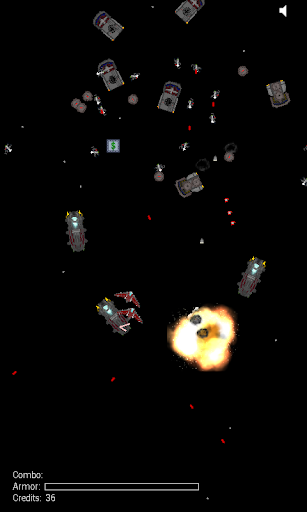 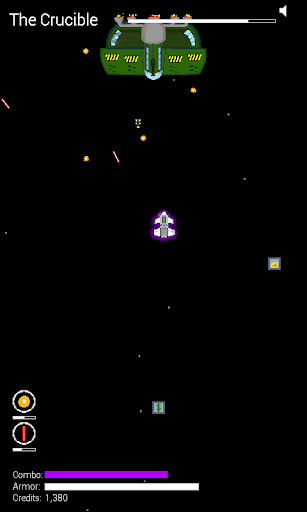 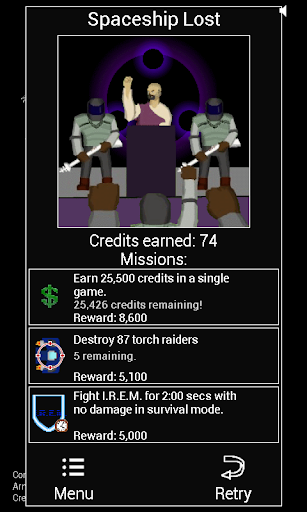 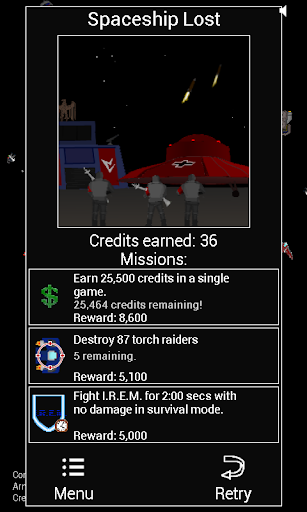 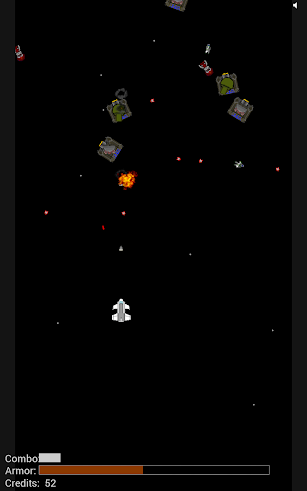 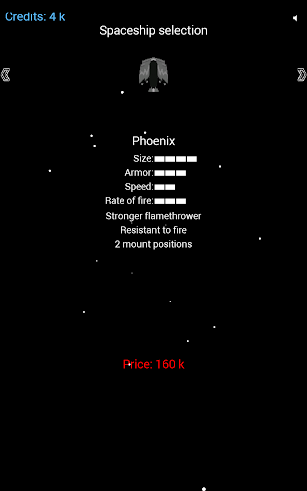 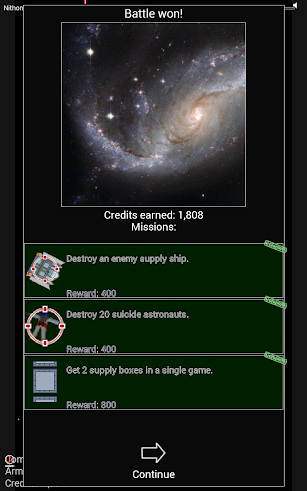