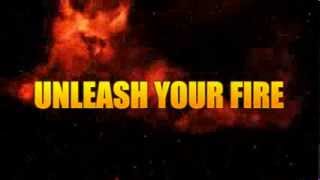 Download APK from previous versions of Sword of King : Excalibur

Can you recall Knights of the Round? Oh, heck, those were great times, when you could stretch a quarter for an hour as long as your friend was as good as you (same went for Shadows of Mystara, TMNT, Golden Axe 3...) OK, enough gratuitous nostalgia. It's 2013 now and we should stick to that.

King Uther has passed away and (weren't we in 2013?) medieval Britain needs you (and your friends!) to claim the island back amidst infighting and mayhem, chaos, death and demise. Translated to Playerish thanks to our Reviewer English-Player English dictionary, it would come to mean that this is an arcade sidecroller beat'em-up set on Arthurian times that can be played either alone or along up to three more players online. Yes, it's like an utter port of the games we loved, perfectly thought and adapted for these modern times we have to cope with.

Sword of King : Excalibur is a side-scrolling action MMORPG set in the realm of King Arthur and the Knights of the Round Table. Combining MMORPG and classic beat 'em up features, Excalibur allows players to explore the fabled world of Camelot with their fingertips.

PLEASE NOTE! Sword of King : Excalibur is completely free to play, however some game items can also be purchased for real money. If you do not want to use this feature, please set up password protection for purchases in the settings of your Google Play Store app. Also, under our Terms of Service and Privacy Policy, you must be at least 13 years of age to play or download Sword of King : Excalibur.

• The fate of medieval Britain rests in your hands.
Fight in the realm of Avalon and embark on quests to test your mettle. Jump into an adventure to reach the top and save Britain from its demise!

• Forge your path to glory from a choice of 4 diverse classes!
Shred hordes of enemies with brute strength as a Knight, deliver swift death from the shadows as an Assassin, purge the battlefield by channeling devastating magic as a Wizard, or strike foes down from afar with deadly precision as an Archer. (Archer coming soon).

• Conquer the feuding lands solo, with allies, or in a guild.
Solo adventure, team-up with others in exciting co-op quests, join a guild to seek greater glory, or ascend the ranks in explosive PvP action!

Heed the call and start your Arthurian adventure now!

Answer the hero's call. Leave the safety of the hearth behind as you fight to prevent the warriors of evil from dominating the realm. Play KingsRoad for free in the most addicting Action RPG! CHOOSE YOUR CLASS • Knight - Noble warrior. Sword and board tank. Defender of the Kingdom. • Archer - Sniper. Rogue. Bow and arrow expert. • Wizard -…