Download APK from previous versions of The Great Martian War

Sprint, jump, and dodge through smoky battlefields in an Earth VS Mars-themed endless runner

Take one part history, two parts space invaders, a good dash of lightning reflexes, a heaping helping of of smoke and explosions, and add heroism to taste. Sprint, jump, and dodge til it starts to smell a lot like napalm in the morning. No way to stick a toothpick into TheSecretLocation's The Great Martian War and have it come out anything less than besmirched with gunpowder and alien guts.

Fearless soldier Gus Lafonde sprints through the fields and trenches at your command, swerving round tanks and sliding beneath towering alien menaces in exceedingly close calls. Constantly falling artillery makes it seem like the world's on fire; avoid the attacks and pick up rations and living metal alien tech on your way.

The well-rendered 3D levels are randomly generated, so it's a new experience every time you hit the ground running. Constantly updated challenges plus WWI-themed power-ups keep gameplay fresh.

The near-constant blasts add realism, but are also the one complaint I have. The levels seem to be off such that the peaks of the effect get cut, causing a strange audio effect.

TheSecretLocation's The Great Martian War is an alien blast from the past.

The Martians have invaded! Can you survive long enough to save Earth from extinction?

It's 1913, and war is hell—especially when the enemy you must face are terrifying Martian warriors. You are Gus Lafonde, fearless scout and soldier—and you must survive. The future of the planet—along with every human being—depends on you.

Collect Rations and Victisite (the living metal that powers the alien machines) to unlock powerups.

Will the Martians reign supreme and destroy the world as we know it? Or will the Human Race find a way to defeat the alien invaders?

'You owe it to yourself and your Android to grab it' - Android Shock
http://www.androidshock.com/reviews/the-great-martian-war-trench-foot/

• Visceral combat: Immersive 3D visuals and sound effects place you in the middle of the Martian War.

• Massive scale: Escape through vast environments and exciting set pieces as you progress through 18 player levels.

• Achieve the impossible: In-game achievements challenge you to finish your mission and collect rewards.

A 3D endless runner. Well, it was pretty obvious that a game called "Alien Apocalypse" would catch our attention, no matter it was a yet-another endless runner. Yes, can I say it? It's like T*mpl* Run with aliens, and an additional outstanding feature: you can shoot back, so your main incentive will be to get all the weapons and upgrades. In additi….

Load up your weapons and supplies! Let's kill some aliens! Alien War Survivors is an awesome free defense shooting game. Survive the alien invasion with thousands of other players. Sick of killing the zombie? it's time to try something NEW!! Civilization is on the brink of apocalypse, and you are a beacon of hope. Save the remnants of huma…

Welcome to the official game of LEGION GAMES : Robot X - 3D Killer War Machine: REAL IRON STEEL fights vs dead machines. For limited time, get 80% of FREE ATTACK OF DRONE MISSILES from Robot X and Free Special ARMORs In 2050 on EARTH, when the HEAVY REAL STEEL Machines have attacked in, the ROBOT X NEO, a loving human robot is up in the line of d…

Addictive, endless, minimalist jumping platformer. Somewhere deep in the bowels of Vietnam, Flappy Bird lies awake at night wishing it were slicker, sleeker. If only it could shed its flappiness, its birdocity, and morph into something more legit and just as addictive. Birdbrain, meet XperimentalZ Games Inc.'s Platforms, an incredibly difficult min….

Ready to disrupt waves of invading aliens about to take over Earth? In this exciting new tower defense game, you must quickly tap each slimy Gus, Goor and Giz to splatter them before they invade your home. But be careful -- your fellow humans are seeking refuge from the extraterrestrial horde! You must avoid killing them as they flee the aliens a…

ZOMBIE FIGHTING AT ITS BEST Shaq returns in ShaqDown 2. Time to get your hands dirty on a real fight. This time it is a massive 3D action/fighting episodic game experience. Shaq has made the decision he can no longer in good conscience, protect what remains of the human race on his own. Download ShaqDown 2 for FREE and enter a dark world where t… 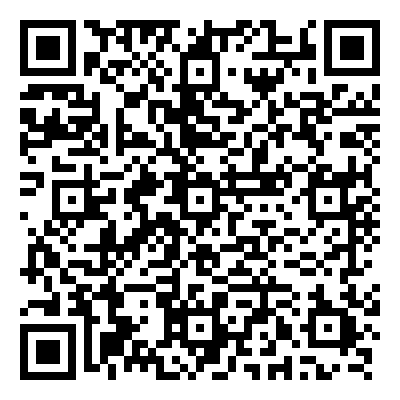