Download APK from previous versions of Zombies Escape The Humans

Zombies are mindless creatures but they can be smart enough to wipe out humans.
Though there are slowest and dumbest zombie class and some are fast and tricky. However, they tend to group together, where their absolute numbers can be just as overwhelming as speed and adaptability. They can outnumber humans; these monsters wander around aimlessly, waiting for victims to fall into their clutches.

STORY
Dead humans can't come back to life; certain viruses can provoke such aggressive, zombie-like behavior, a deadly virus that is spread rapidly through direct human contact.
The infected became hungry humans and driven by a greedy appetite to consume human flesh. One by one, more humans fall victim to the disease, triggering an epidemic that generates a horde of starving zombies.

The zombie group grows and spreads quickly as they bite humans and turns into a mindless monsters with cannibalistic tendencies.
This is the start of the zombie revenge!
Let's find out with this endless shooting game-Zombies escape the Humans.

Zombie Gameplay
The game objective is to destroy the human race to produce a race of monsters by turning humans into a mass of zombies!
Would you like to be one of them?

Take down enemy humans to increase the number of zombie hordes. Take out many humans as fast as you can.
Use your high powered sniper to fend off humans, then work your way through the base fixing barricades and upgrades to last longer in the game and increase your fire power.
You can start off with a handgun to shoot and work your way up to a sniper or an assault rifle.
Most importantly, reload your weapon.
Quickly draw your weapon against other gunslingers before they gun you down.
Play this challenging shooting game and take on humans.
Collect coins to upgrade to powerful weapons; guns, boosters, grenades, missiles.
Make use of zombie bites, zombie sniper and zombie attack.
Produce more zombie hordes to advance further.

These undead can stalk their prey so secretively that the victim won't even know they've been followed, hordes of undead will simply follow their human victims, moving at a steady walking pace, until the zombies teeth are buried in their neck.
Zombie will embrace its intended victim, and take a single bite from the target’s body.

The Zombies win when all humans have been bitten and turned into zombies while the humans win by surviving long enough for all of the zombies to starve.

Zombies Escape the Humans is a non stop shooting game. This is not the frequent and accustomed zombie shooter game app. Experience a new concept of Zombie vs. Human continuos shooting game and witness the dangerous types of undead as they defend their clan!
Download and Play Now!

NOTE: In order to use this app, version 2.0 of the firmware needs to be downloaded to your Sensordrone. You can get the new firmware at http://developer.sensordrone.com/downloads/ This app uses the Sensordrone to log data using any of its sensors. www.sensorcon.com/sensordrone/ With this app you can tell the Sensordrone exactly what sensors you w…

Balgowlah Preschool is a small child care centre located in New South Wales. Our focus is on nurturing children in smaller groups, providing a more flexible routine and better catering towards the individual children. We also encourage parents to become involved in our program and events which helps us to continually improve our centre. Download o…

Dan Viet is a bi-weekly Vietnamese newspaper produced in Cabramatta, NSW on Tuesdays and Fridays. We cover a wide variety of topics, including local and international news, family and lifestyle advice, and community information. Download our free App to access our website, read and leave reviews, and send us enquiries, send us your favourite phot…

The Settlement is a community organisation committed to supporting and empowering our local community of Darlington and surrounding suburbs. We offer a wide range services such as, after school activities, vacation care, youth work, general community engagement and hall hire. Download our free App and become a part of The Settlement community! Eve…

A complete arcade with wonderful graphics. LINE Party Run is a classic arcade Tap to jump and double tap to jump higher and avoid the obstacles at all costs. Watch out for the HP level and drink water whenever it decreases but make sure never to fall off a cliff, otherwise the game will be effectively over. Collect candy and coins to increase your….

THYME - Fine dining needs fine timing. Thyme is the perfect utility for successful home cooking. It's an easy-to-use multitimer for tracking several cooking times simultaneously. The intuitive user interface let's you focus on your cooking with control and perfect timing: - Touch and swipe to set time - Cancel timers with long press - No… 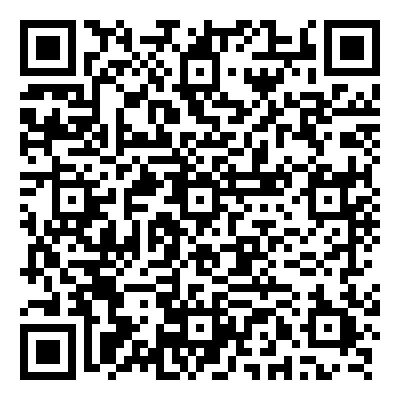