Escape from the planet of the robot aliens

"Where no one has ever dared to go"

Fatal Frontier, developed by Gameview studios and distributed by Mobage, is the sci-fi sibling of Blood Brothers, so if you liked that you can spare the effort of reading this review and click on the 'download' tab instead.

For those of you who haven't played it yet, Fatal Frontier is halfway a tactics game and a RPG adventure. Your party moves along the board facing different enemies and finding treasure boxes. By the way, you can recruit new crew members (there are 50 or more), though sometimes it's be better if you keep the old ones in line because they are already leveled up. Between stages there are a brief yet nice comic-like cutscenes to keep you in the story.

Flaws can be summarized in: little if any control over fights, and average graphics that might be improved just by giving the option to zoom in on them. Likewise, character artwork is great, though game could brag more about it and let us to enjoy more character pics, bios, any customization option or whatever. Although there's an arena mode, the overall feeling is that it's too linear, both in character upgrade as story itself as well. On the other hand, music is awesome, and we appreciate when a developer pays attention to this.

Rated a 3 almost a 4 out of 5. It's fun, it isn't particularly difficult and it's an enjoyable and recommendable game which doesn't abuse of in-app purchases or annoying ads.

Space can be a dangerous place. Are you ready to traverse the Fatal Frontier?

Fatal Frontier takes place on a war-torn alien planet. Your task? Only to survive. But you’ll need to gather resources, and make any friends you can make. This space-western RPG from Dakota Interactive is easy to learn and play, and will provide hours of entertainment for FREE.

As a ship-wrecked mercenary, stranded in the middle of no-where, you’ll have to use alien technologies to fuse the power of your prisoners to make yourself stronger. Gain powerful allies such as Bandits, Mercenaries, Aliens, Cultists, Mutants, Military Organizations, even the local alien wildlife.

FEATURES
Battle and capture hundreds of enemies!
Customize your squad to add some strategy to your fights.
Explore dangerous areas, from deserted wastelands to fields of acid.
Discover Alien technology, and use it to your advantage!

Leave your mark on the Fatal Frontier!

Have questions about the permissions Mobage-powered games require?
Visit: http://moba.ge/app-permissions

Space... the final pigly frontier! Pigs from all places, all colours, even blue pigs! Happy pigs, angry pigs, magic pigs, even most distinguished pigs! All falling into the great pigsty in the sky, kidnapped by evil aliens... You have to group identical pigs to send them off before the all place blows up and you become fried bacon... You have limit…

Space... the final pigly frontier! Pigs from all places, all colours, even blue pigs! Happy pigs, angry pigs, magic pigs, even most distinguished pigs! All falling into the great pigsty in the sky, kidnapped by evil aliens... You have to group identical pigs to send them off before the all place blows up and you become fried bacon... You have limit…

"When the top down shooter gets together with the roguelike genre begins ... Crazy action game!» (C) grandmother, who got to know the key idea of the game. In the distant future, retired Space Marine hunts in the dungeons to find the results of genetic experiments of aliens. Level up your hero, buy new types of weapons and ammunition, live th…

Leave your mark among millions of players in a persistent galaxy that constantly grows and evolves. Hades’ Star is a unique online space strategy game. You are in control of a growing Empire, starting with a single planet in your own corner of space. Over time, you’ll expand to own multiple outposts, command a formidable fleet, research advanced t…

A mash up of Tower defense and RPG. Be warned: when you first download this game, be prepared for a fiendish extra download (200Mb+). It has its reward, though. The first that will catch your eye are SNES retro graphics while actively playing and gorgeous card like character artwork. Likewise, music is awesome, so we can advance that this game woul…. 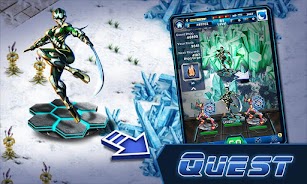 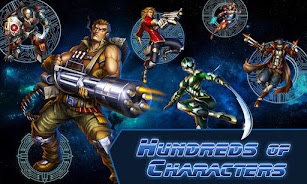 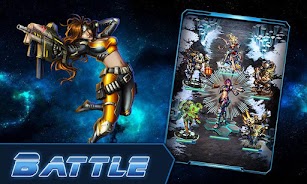 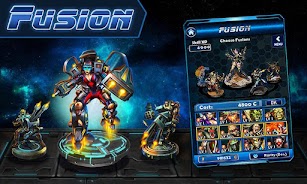 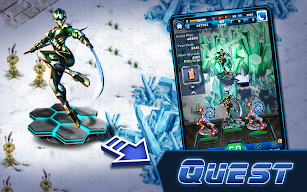 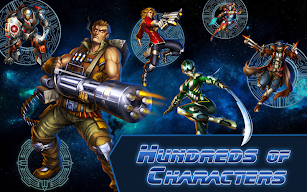 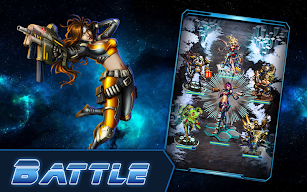 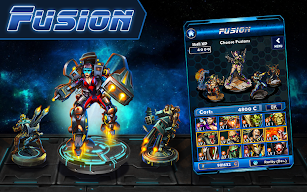