1.1.5
Collision Update: Fixes a bug, where your character fell through platforms or into the ground/walls.
Several Ad Fixes

1.1.4.5
Fixes a Touch Control bug, where you punched instead of running right

Run, jump and attack to finish off those beavers and get back your wood

Joe is a Lumber Jacked who's fed up of Bustin Beaver's lackeys stealing his wood. He's been involved in a crusade to get back his wood and finish with such bribery once and for all.

Classic platformer gameplay: run, jump and kill enemies. Collect t-shirts and finish the level before the time's up to get the maximum score (3-star scoring system). Up to 60 levels and 90 stars to earned through two different environments.

Everplay Interactive's Lumber Jacked is set in retro 8-bit cartoony graphics. Controls are handy and responsive. You can customize at your whim where buttons are placed on the screen.

The main flaw of the game are its intrusive ads: interstitial and even videos popping up way too often. More levels would also enhance's user engagement to the game.

Regardless, a well-crafted platformer inspired by the classics.

Take on the role of Joe the Lumber Jack in his quest for justice against the notorious Bustin Beaver and his battalion of beaver bandits! Explore multiple worlds and clash together with dangerous monsters!

Bustin Beaver has stolen the lumber that Joe worked so hard to collect and those bandits seek to build their own dam nation. This cannot be allowed! Be the brave hero to save the land from those tiny thiefs!

Lumber Jacked is an exciting and fast paced Speed Runner Platformer where you must race through the levels collecting items, defeating enemies, and solving puzzles before the clock runs out! Run, Jump and Dash at the right time to avoid your death!

The Beavers have been training for this day to come. You must smash through their angry grunts, outsmart their mad Ninja Beavers, and hold your ground against the evil Beaver Brutes. Thankfully, years of lumber jacking has given you fists of steel. Join the bloody war to take down the beaver empire!

Do you have what it takes to outsmart these pesky rodents? You must avoid their spike traps, dodge their arrows, outrun the falling stoneheads, move nimbly across falling boxes a rush through your enemies in this action filled platform game!

Angry Joe is a jump&run platformer game in the style of classic platformer games. It contains 5 worlds with 10 levels, what gives you 50 levels of great fun. Joe was going home from his farm when he tripped over a stone, fell through some strange portal and somehow travelled to the prehistoric time. To get back home he needs to find the portal…

Guide Jack the alcoholic to avoid his Fatal Fall. STORY After a regular Friday night drinking with friends, Jack decides to leave the bar to sober up. The walk quickly turns into an adventure when he realizes he is lost. Looking for the way back home he meets a strange sign on the side of a narrow road that leads to a long bridge, intrigued by…

The game combines action and puzzle elements. It shows little danger-escaping mouse who faces his deadly smart robotic dust buster enemies. Can this little mouse outsmart those dangerous robots and their entrapments is directly linked to your efforts. You must help guide our mouse hero through endless rooms on each floor only to reach his loved one…

Joe Vs Banker! Side scrolling platform pursuit game. Help Joe as he desperately tries to evade his banker, bailiff and nasty dog as they try to repossess Joe's house. Run through ghost estates, filthy hospitals and teacher-less schools avoiding many obstacles and enemies. Help Joe through the levels and he gets the chance to get his own ba…

Famous Ciley Cyrus Obstacle Run - Fun Addicting Twerking Dash This game app is hitting the market like a wrecking ball craze! Wanna know why? Get Ciley Cyrus running and twerking like a lunatic for miles through the streets of Hollywood as she tries to dodge and escape Bustin Bieber in his chase car! This star studded app will launch your laugh m…

Dive into action with Drop Zone 3D! Get the adrenaline flowing as you blast your way through free fall. You'll need quick reflexes to avoid obstacles and take out dangerous enemy forces! Your mission is to sky dive at high speed through the enemy defenses and deliver vital supplies. Pick up weapons, ammo and bonuses, and feel the thrill of blas… 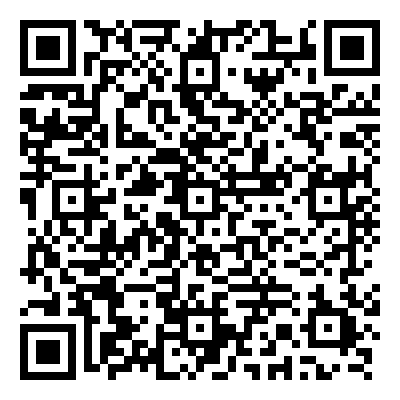