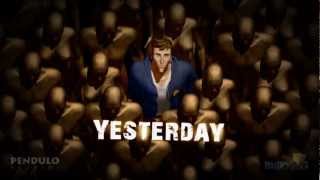 While we were wondering why mobile gaming isn't as fertile soil for classical adventure games as it would seem, here it comes Yesterday, created by Spanish developer Pendulo Studios and distributed worldwide by Bulkypix. If Yesterday reminds you of that lovely PC game called Runaway, it's because Pendulo is behind both titles.

Yesterday brings a native interface -especially suitable for tablets- to make gaming experience more enjoyable. However, its best virtue is how deep and rich its storyline is, a truly noir novel in which you actually want to find everything to advance to further stages and how what's going on and why (and who's the assassin by the way). In addition, it's well worthy to have your earphones at hand, because soundtrack is absolutely above average regarding this kind of point-and-click games. The hint system has been delicately designed to let players safely tightrope walk between spoilers and insanity.

You will play alternatively one of the three player characters to unwind the story. Everything around this game has a careful, high quality yet indie touch, from several brush strokes paying homage to the genre to an overall atmosphere of intrigue and mystery. Although there are no gore or nude scenes, there's blood and guts here and there, so this game may not be suitable for children. We'd like a system to choose between a bloody and a milky version of the game, if it isn't much to ask.

This is the complete version of the game. Know that there's a demo version, in case you want to taste it first and check how it looks like on your screen.

"With all the polish of a major, mainstream release, Yesterday is not a game to be missed." (Gamezebo)
"An experience you'll be unlikely to forget." (Joystiq)
"Yesterday will sate the needs of adventure game fans." (Destructoid)
"The game feels like a painting come to life." (Strategy Informer)
"One of the best point-and-click adventure games to come along in recent memory." (Gamezone)

The first thriller by the indie studio that created the million-selling Runaway saga!

A psycho is killing beggars alive in New York. A Y-shaped scar forms in the hands of seemingly unrelated people. The press and the media just don't care, so Henry White, a young NGO volunteer, will be the first to investigate the crimes with his friend Cooper. They are two of the three playable characters in Yesterday, the third being none other than the enigmatic John Yesterday, who is dragged into this twisted plot after his memory is completely wiped.
How far will you go to find out who John Yesterday is?

An adult, noir thriller full of unexpected twists and turns.
A magnificient visual style that mixes videogames, movies and comics.
An innovative interface based on innumerable blow-ups. A perfect game for your tablet!
Useful and well-designed help for players, via a hotspot marker and text hints.
A rich musical score that not only fits but also enhances the story.
A storyline full of discrete references and tributes to movies, series, games, music and novels.

ONE OF THE BEST DETECTIVE GAMES FOR GIRLS AND BOYS IN GENRE "HIDDEN OBJECT" AND "I FIND"!! The curtain closes on the Weird Park saga, plunging players into a mystical world full of hidden object locations, secrets, and mysteries, as well as quests and interesting funny puzzles for adults, adolescents and children in this shocki…

A new third part of the famous Shooting Club is coming. It has already won the recognition of millions of players and now it’s time for it to be continued. If you were looking forward to the next part of the sniper’s story, or if you have not experienced the magic of realistic shooting yet - you just can’t miss this game! Now it’s full of more exci…

Free Full Movies is an app designed for all Movies Lover and well categorized, In this App you will get Best collection of Hollywood,Bollywood,Punjabi,Tamil,Telugu,Malyalam that you wish to watch,Now no Need to move out to watch Movies, You can watch Old & New Time Super Hit Films on your Mobile device and Also Movies Of Other in this Applicati…

MOST POPULAR FREE GAME IN "HIDDEN OBJECT", "DETECTIVE", "I FIND" GENRES IS ALREADY HERE AND REPRESENT TO YOU A UNIQUE EXCITING STORY, BASED ON A FAMOUS FAIRY TALE! Take on the role of an innocent woman, trapped in a twisted game with a known murderous psychopath and stalker. Due to your attire, he dubs you Red Riding…

MOST POPULAR GAME IN "HIDDEN OBJECT", "DETECTIVE", "I FIND" GENRES IS ALREADY HERE AND REPRESENT TO YOU A UNIQUE EXCITING STORY, BASED ON A FAMOUS FAIRY TALE! Take on the role of an innocent woman, trapped in a twisted game with a known murderous psychopath and stalker. Due to your attire, he dubs you Red Riding Hood.…

You will enter a world of mystery and unusual events with the main character, Charlie. He is very careless and clumsy. He can easily break something or spill coffee on his shirt – all in just one hour! In general, he is considered a "lucky man." He's a graduate student and is sent to a scientific expedition to the beautiful Argentina.… 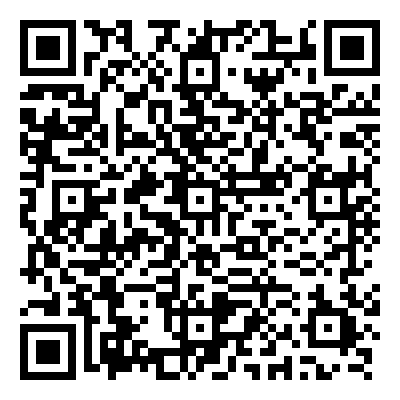 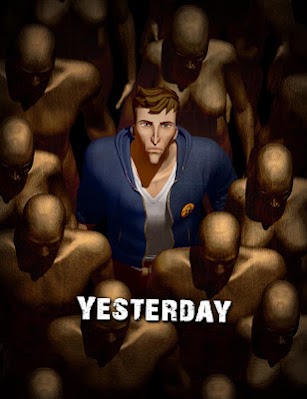 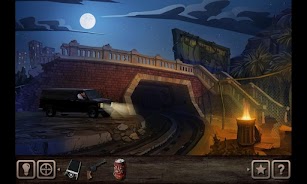 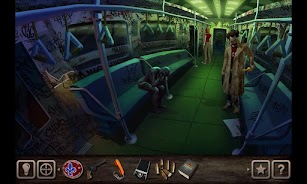 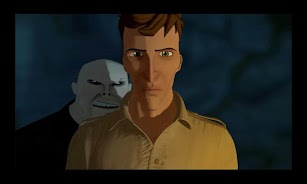 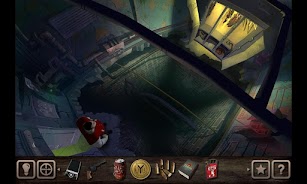 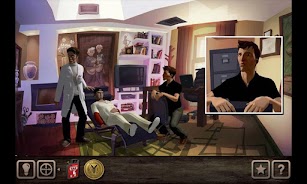