1. Other UI functions have been fixed.

Although I usually distrust developer's descriptions starting with "fight for your destiny" or any other similar cliche, I was quite intrigued to review this Gamevil's Asura Cross. Firstly because I hoped it was a 2D fighting game because mobile gaming is too short of them, secondly because it seemed to get away from Gamevil's usual design. Fortunately, I guessed both right.

Therefore, here's what we were looking for: a classical 2D fighting game, two characters clobbering each other and as much button mashing or surgical combo making as you wish. Super attacks, button combinations, an on-screen pad and a few tweaks to fit fighting into mobile devices, mainly the chance to hold a button instead of tapping it three times.

The best part comes when you can unlock new characters and assign them moves and techniques, which I don't know what you have on mind, but for me it looks like a dream come true. Characters aren't as charismatic as you'd expect, but it doesn't matter because they're pretty original, there's even a judoka girl, something we didn't see since World Heroes. Only a few flaws, though: tutorial is slow and heavy, texts are too long even if you tap on the fast forward button, and everything can be absolutely discouraging for players not used to it. Indeed, some facets of the game might be discouraging even for cutthroat gamers.

Fight for Your Destiny
Play the most exciting adventure fighting game for mobile!

After serving in the army for two years, Jin returns home only to find himself in the middle of an ancient conspiracy. As he delves deeper into the secret world of Asura Cross, Jin meets a cast of strange men and women. He must fight them to save a friend and uncover the mysteries that surround him. Be the decision maker as you fight against enemies and alter Jin’s fate!

CHOOSE YOUR OWN ADVENTURE IN STORY MODE
The choice is yours in Story Mode as your decide how your hero will play out his destiny. Strengthen your character with skill building and training options. With multiple endings, the combinations are endless as you determine your fate.

PLAY WITH A FRIEND IN VERSUS MODE
Challenge a friend or a stranger as you go head to head in split screen action or through Bluetooth!

BATTLE YOUR WAY TO THE TOP IN ARCADE MODE
Defeat the rankings of all the characters as you achieve special skills and moves in Arcade Mode!

HONE YOUR SKILLS AND UNLOCK CHARACTERS IN PRACTICE MODE
Sharpen your moves in Practice Mode as you work to unlock new characters and perfect your hand-to-hand combat moves!

Learn how to play this retro platform game and try do your best every time. KAMI RETRO is, as its name says, a retro platform game with lots of colors and enjoyable worlds and scenes, with a really addictive gameplay. The controls are great, just use the touch screen: flick the man upwards to jump, drga your finger to make him move. The goal is to….

A sci-fi collectible card game. Steel Commanders, which would have been a great title for a strategy game, is indeed a collectible card game where your goal is to make the best possible deck and fulfill missions in the context of a never-ending war against aliens in a similar way to Starship Troopers or whatsoever. Thence, it works as any other kno….

Kiwis and more kiwis make the cutest lil' endless runner you ever did see. I'm all about kiwis. Did you know you can eat the skin too, and that it's incredibly rich in antioxidants? For those of you picturing me munching a fuzzy brown bird as opposed to a fuzzy brown fruit, shame upon thee. GAMEVIL USA, Inc's Kiwi Dash has both varieties of the K t….

Slice all the needed ingredients and progress through the levels. Pizza Ninja is a fast-paced thrilling game set in a kitchen, where slicing is the only thing which will help you. Help the chef and begin to slice all the ingredients in order to complete each task. In every level, you will be asked to slice some ingredients, so you must try to avoid…. 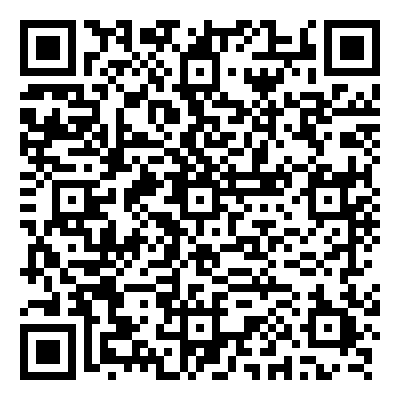