Download APK from previous versions of Battle for Rebirth

"Live for the gang or survive the gang"

Battle for Rebirth is, just to say it in a soft way, unexpected. Yes, I meant unexpected, because it landed on Market without big PR shows or large budget advertisement campaigns. Although it's true that it's a game that may look somehow incomplete, it can perfectly be the beginning of something far bigger. Indeed, 3D games have had a windy road among Android devices because of Android intrinsic fragmentation and wide array of screen resolutions

In this game, you play the role of Gin, a cliche martial artist who has to leave his cliche gang after some cliche misunderstanding to seek out some sort of cliche vengeance, saving his kidnapped cliche girlfriend by the cliche way.

Gin can chain three or four strike combos. As nearly all combinations are feasible because there's only a punch and a kick button, it'd be better if you memorize your two or three favorite strings (I'd recommend punch twice, kick twice; and kick four times or any other which ends with a knocking down hit) and then mash the buttons at your whim. Lastly, key to survival is linking the soft punch Gin throws when she stops running with any of the aforementioned knocking down combos. There's a button to block incoming attacks, and if you master the art of blocking with an exact timing you will counterattack your foe.

Weapons, including ninja stars, molotov cocktails and steel bats are quite useful as you will figure out soon.

There are some spelling mistakes here and there, and some graphic glitches there and here. We'd also like there were more customization options or even more characters. However, the worst part is regarding gameplay. Those combos and techniques you learnt back in the training mode reveal themselves clumsy and untimed, and even a single thug can beat you up if you don't pay due attention to what's happening on screen.

Anyway, it's free yet ad-supported, and there aren't in-app purchases, so there's no harm in checking it out. The worst you can experience is that sad feeling of having played something that could or can be something great but still needs to be honed, when not overhauled.

Battle for Rebirth is an action packed 3D martial arts game. You are Gin,a Kung Fu fighter, and desperately want to leave your gang, but your gang has other ideas. You need to fight for your life; which could end very soon if you make the wrong moves.

With Battle for Rebirth on your device, you'll battle the evil forces of the Savage-Tiger Gang and attempt to rescue your fair love, Shan. You are given many different defenses and attack techniques to help you fend off these attackers who want you dead. Ringleaders are the most deadly opponents that you'll come up against; so keep a safe distance, and use your punches and kicks wisely. If you keep punching at the air, it only makes them attack you more ferociously. The controls are easy to use and offer a wide selection of combat options. Take advantage of your ability to move around the fighting area and the flexibility of the different controls which allow you to easily walk and maneuver Gin. Hitting the controls continuously allows you to make repeated strikes against your opponent; however your best defense is a well thought-out combination of punches and rapid kicks to disable your enemy. The longer you fight, the more you will find out which available combinations work best against your attacker; but rapid kicks are always going to produce the strongest results.

Iron Snout is a fun brawling game, where you control a ninja piglet to fight off army of wolves! Swipe and tap to punch, kick or slam your enemies, steal and use their weapons or knock them out of the arena in an attempt to survive as long as possible in this endless fight between one little piggy and army of wolves! Features: mortal combat be…

A 3D fighting beat'em-up. In this game, as it was on Battle for Rebirth, you play the role of Gin, a cliche martial artist who has to leave his cliche gang after some cliche misunderstanding to seek out some sort of cliche vengeance, saving his kidnapped cliche girlfriend by the cliche way. In short, it adds very few to its twin brother game, to th…. 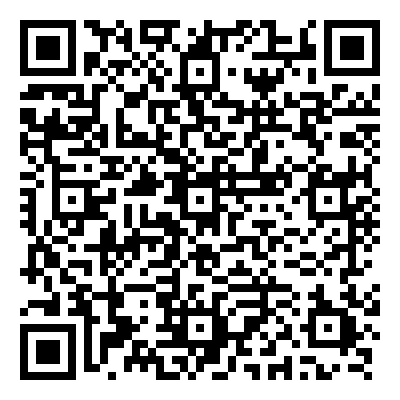