Here is the story. The brutal frogs are a bit angry, the frogs have decided to exact their revenge on the dumb birds. Evolution stacked the odds in favor of the birds but as we all know the evolutionary cycle has its perks and these frogs have evolved into very efficient bird hunters… In this action packed IOS game you will take the side of the frogs and wreak havoc, mayhem and destruction on the dumb birds habitats destroying as many birds as possible along the way. The day of the frog has arrived!

The Angry Frog will explode when you tap the screen, it’s up to you to have him close the birds.

The Parachute Frog releases his parachute when you tap the screen. Then he can slowly getting close to the birds and waiting for your command to explode.

The Lady Frog, places a bomb carpet over the birds nest, very impressive.

The Tongue Frog has a long tongue that he use as a lasso to swing close the dumb birds. Just tap and he shoot out his tongue and swing around.

The birds are hiding in there nests made of wood, stone and steel. To complete a level you have to get rid of all birds in the scene. It is not easy. Brutal Frogs consists of three environments with 15 scenes in each.

Have fun with the Brutal Frogs.

Brutal Frogs is a new game. It's very addictive and so much fun to play.

You are a administrator, operator, software developer or IT expert and need a quick excuse, no problem. This app give you all best practice excuses from the Bastard operator from hell (BOFH) series. Even if you not know the series this app should help you to find a solution. ;)

This App provides you with important UK Tax rate information and dates for the current and previous year, get this app and you'll never be hunting for that tax card you've put in a 'safe place'. A nice tax tips area gives you categorised tips and ideas on how to reduce your tax bill and the app also includes handy tax calculators,…

Filtux is a small and lightweight (under 1 MB) and simple photo effect app. But despite the file size, it's a powerful editing tool, so there are many filters and designs to choose from. The effects are stack-able, which means you can use any amount of filters on an image to give it a fresh new look. It's a fun editor and easy to use for be…

This app generates each time a new movie title with its own genre and rating. I thought it is a nice little concept, so I've created a first version. It is still under development, so please be not too harsh with the ratings. For suggestions, ideas or if something does not work, please use the e-mail that is listed below to contact me. The la…

Displays a random quote from famed poet, mystic and luminary Jalal ad-Din Muhammad Rumi, better known simply as Rumi. These quotes and poems form the basis for living a blessed and peaceful life through the divine light. New quotes are constantly added If you have installed the previous version, I apologize that I could not submit this as an upg…

Do you like BOOK ? Books that you're reading now. Books that you wish to read You can make your own bookshelf to manage your own book list with "LIBRO+" This app will help your reading ! If you're not korean, you have to change search provider to google in search page (menu on top) [Features] * Leave comment and quotation * M… 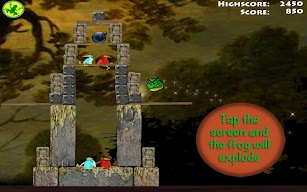 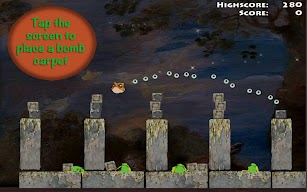 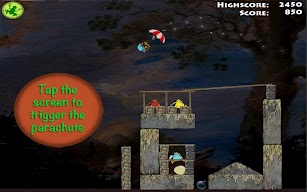 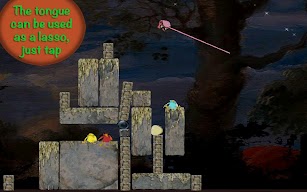