From the same who created Cartoon Wars and Cartoon Gunner, here lands Cartoon: Blade, which is more similar to the latter instead of the former. If "Wars" was an active-defense game, Gunner and Blade are sidescrolling beat'em-ups, this is, you have to advance by defeating all enemies on screen. Of course, don't let you fool yourself by the doodle nature of the game, it's an old school arcade in proper order with a lot of more modern features as upgrades and experience points. Indeed, we'd like to know how awesome this game would be if it had an actual graphic design and disown doodle-ism, because it's really a piece of game with a gameplay that companies with far more budget should envy.

Perhaps its weak point are controls, however this is issue has been pretty managed and, though there's a lot to improve here, game's highly playable once you get the hang of it.

If you are unsure whether to give it a go, here's the last argument: it's free. Yes, there are in-app purchases and so, but they aren't needed if you are patient or skilled enough.

Get a Slice of the Action!

10 years after the history making Cartoon Wars, a brave warrior of the kingdom seeks distant lands in search of adventure. He bids his old leisurely life farewell and embarks into unknown territories…

Challenge yourself as the adventure continues in this addicting and immensely fun action adventure!

Simplicity at its finest! One directional control and one attack control creates a game that’s easy to pick up, hard to master and even harder to put down!

Deck your warrior in a wide variety of short swords, long swords and wacky (yet functional) helmets!

Remember that upbeat tune that helped you destroy your enemies? It’s back! Get in the fighting mood as you stab, slice and shoot monsters to this hip beat! 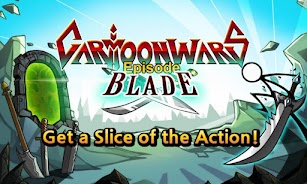 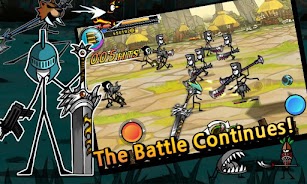 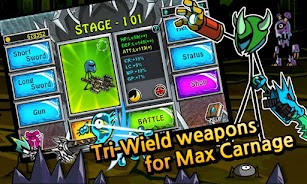 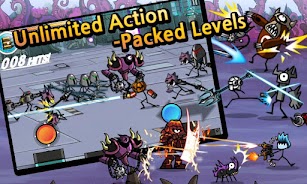 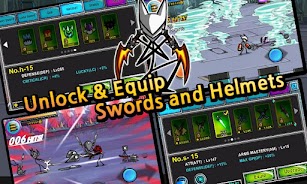 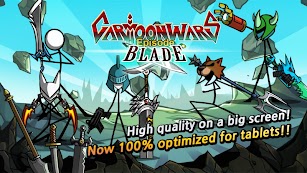