Since the Nintendo console, when not earlier, first person boxing games have always been very popular, and this Super KO Fighting has all the necessary to it. Presented in cartoon graphics, you have to defend and attack your opponent as if you were, well, the boxing. It's quite self-explanatory, isn't it.

Your first rival will be a punching bag so you can learn the basics, which aren't far from other similar games. Tap left to launch a left jab, swipe to throw a hook and tap with two fingers to block or the dodge buttons to dodge sidewards. Although you learn combos as jab, jab, hook, we miss many more different strikes such as uppercuts, cross punches, low blows or charged attacks.

Anyway, it's an interesting boxing game, closer to casual gaming rather than an actual boxing simulator, but enjoyable anyway. The adequate difficulty curve makes of it something that can be played for days before getting bored.

The hottest first person fighting game! ! !
The most realistic hitting effects and smoothest game control! ! !
This is the real battle between males! ! !
Only the strongest man can be the King of Fighters! ! !
Control the hero to fight against the enemy! ! !
You can beat everyone even the robot! ! !
You will be the King of Fighters! ! !
Super KO Fighting is a side-scrolling first person fighting game. You beat your enemy in the game to get rewards. The higher the rate you get after game, the more rewards you will get! Make more perfect combos and KO to get more rewards. There are 8 stages in this game. Different stage will give you different game experience. Some enemies are more aggressive in some stages, while some enemies are more defensive. So you should select correct battle methods to make your fight easier!
Boxing is a rhythmed game. Throwing punches will cost players’ energy, while combos will restore energy. So use combos reasonably to make your fight easier!
Use power-ups and skills to make your fight easier!
Game Play: Tap the left side of the screen to throw straight left; tap the right side of the screen to throw straight right!
Slide the screen from left to right to throw left hook; slide the screen from right to left to throw right hook!
Slide the screen from lower left to upper right to throw left uppercut; slide the screen from lower right to upper left to throw right uppercut!
Tap the L and R on the bottom of your screen to dodge leftwards and rightwards.
Double tap the screen to defend!
Use skills to restore the energy.
Features
★★★★★ Magnificent visual effect
★★★★★ Smooth game control
★★★★★ Realistic movements simulation
★★★★★ Pleasant background music and sound effect
★★★★★ Huge system of power-ups and skills

Your mission is to defeat the alien invaders and protect the Earth. With the choice of Fighter planes and weapons you will be well equipped to fight the enemy. Full touch screen game play but may also be played using D-Pad keys. Note: The plane can be controlled with the touch screen either by using the arrow images at the bottom panel, or by to…

If you like fighting games and professional boxing, enjoy this incredible top of action games, competitive fighting in both street fighting and world championship fights, from different categories. Make incredible punch combos and show who the real King of boxing punches, that all your rivals scare you, perform a real foot dance and knock them out…

Take on the role of a space fighter pilot and save the Earth from the invading Aliens. You'll get to battle against five different types of enemy ships before reaching the Mother Ship. Do you have what it takes to save your friends and family from certain doom? You control your ship by tilting your device in the direction you want your ship…

A next-gen boxing game. Real Boxing is one of those games able to make you forget that you're playing on a mobile device and not in a PC or a console, mainly because it has a lot of elements traditionally omitted from mobile gaming such as introductory cutscenes and additional minigames and goals. It also features motion captured animations, which….

A 2D clobbering sidescroller. Flat truth in the first instance: Punch Quest looks like an overdosed game made in the nineties, when early 16bit graphics melt our retinas and sampler music dig deep into your hypothalamus every day. Likewise, Punch Quest brings back that old tradition of being a game apparently simple and reaching insane quotes of co….

A restless fish swims around to find food. In order to get a lot of food, the fish must have good swimming skills to get through obstacles How to play? - touch the left side, right side, upper side and lower side to control the direction of movement (left, right, up and down)

A defense game. Death Battle is a defense game with very simple premises. You are the front and only line of defense and you have to shoot down waves of enemies before they overrun you. Action is set in the future, in case you care about that, but your main weapon will be a machine gun. Enemies are aliens, so let's hope we are not fighting each oth…. 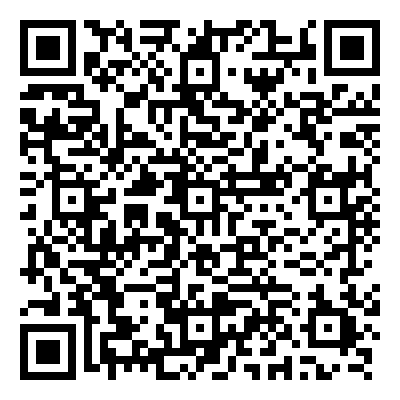