A 2D side scroller playable with 3D glasses.

"Anya has come to save mankind"

First at all, Dark Incursion is a side scroller, much in the like of Green Beret and all its heirs. However, this game tries to give a patina of freshness to the genre thanks to a intriguing plot based on an alternate history set in a steampunk scenario at the end of the 19th century whilst a world war is about to start and evil forces conspire to build frightening biological weapons.

You embody Anya, a super secret agent who must stop the incoming utter destruction of the world thanks to her upgradeable biopowers. In her path she will find fearful bio-oddities and über-soldiers who won't hesitate to use their proto-rifles and empty their magazines upon her. By the way, she will have to find out some switches and items and talk with friends and foes. Everything well wrapped up in the red ribbon of remarkable artwork, though HD support would be pleasantly appreciated.

In the end, a more than right title. Perhaps you may feel it's a little bit too short, though there's a certain degree of replayability as Anya's bioweapons can be customized in different ways. In addition, it seems that you can play Dark Incursion wearing the blue and red 3D glasses, but we haven't checked what happens out.

Dark Incursion is a side scrolling, hack and slash game that combines the old school pixel art with the stereoscopic 3D experience. It takes place in an alternate reality in the late 1800’s, amidst an industrial revolution and a world war. The player is the character, Anya, who is one of the few who know about a secret military laboratory developing biological weaponry that could devastate the entire planet if it got out of control.

In Dark Incursion, players have a multitude of bio-engineered weapons at their disposal with which to eradicate the abominations from the city. Weapon and ability upgrades will get more powerful the deeper players get and the more advanced the monsters become.

Can Anya complete her mission before the allied forces enter the city and mistakenly allow these creatures to escape?

Developed by BytesInArrow.com Artwork by Quellion.com A fast 3D board game for everybody, with a friendly interface. Playing SpinCells is easy. Each player places a cube in his turn, and if enemy cubes are trapped between the cube placed and another of the same color, those are captured and change color. Cubes can be captured in several direction…

Developed by BytesInArrow.com Artwork by Quellion.com A fast 3D board game, with a friendly interface. Playing SpinCells is easy. Each player places a cube in his turn, and if enemy cubes are trapped between the cube placed and another of the same color, those are captured and change color. Cubes can be captured in several directions at once. The…

Explore the ruins of the City of Mordheim, clash with other scavenging warbands and collect Wyrdstone - valuable shards from the comet that destroyed the city. Legendary Game’s adaptation of Games Workshop’s classic table top game: Mordheim, set in the Warhammer world. Multiplayer turn-based arena strategy right at your fingertips, you’ll have th…

A multi-genre fantasy game. SEGA released Kingdom Conquest II for Android and the first impression we got of it was that it was (badly) trying to gather all known genres in a game, which isn't a bad idea per se but can be quite messy, when not a complete chaos. It goes without saying that artwork and graphics are outstanding, so we'll focus this re….

Run, jump, slide and escape from the zombies. 3D City Run is a sequel of a popular running game for Android and iOS devices. Here, you'll become Leon, the main character, whose only goal is to survive and run across the streets and the city which has been destroyed by the apocalypse. Destroy everything that you come across, avoid zombies and explos….

Gloomy Dungeons 2 is a retro-inspired FPS for Android. Fans of this genre have probably played most-known titles Doom, Duke Nukem or Wolfenstein 3D. They are all considered FPS genesis. Since then the genre has profoundly evolved but there's still some magic on playing classics, with that lovely pixelated retro graphics. Gloomy Dungeons 2: Blood Ho…. 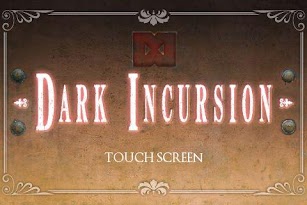 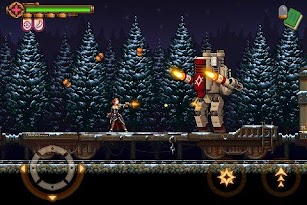 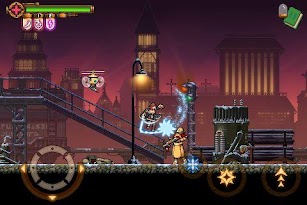 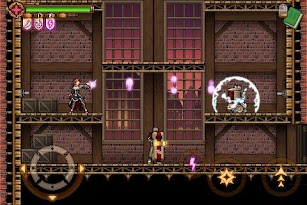