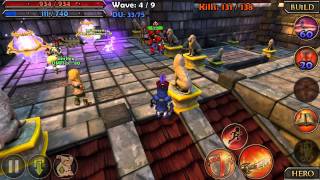 -Ability to play with all other Android Users
-New Campaign Level: "The Hall of Doom"
-Completely New User Interface
-Ability to access the shop from the forge
-Speed and Network Optimizations
-Completely new touch controls

The sequel to the Definitive Unreal-powered Next-Gen Android title (#1 game on the Android market)!

Journey through a dramatic cooperative campaign, and when you're ready to prove your Heroes' legends throughout the land, take them into the Arena, where you'll compete across a variety of territorial-combat maps, on a team or Free-For-All. Winners will be showered with Mana & Loot: the spoils of victory for the most powerful warriors!

Kotaku
"A whole lot of World of Warcraft aesthetics, plus stats. Lots of stats. Loot. Leveling. Money. Mana. Getting the picture? I kinda love Dungeon Defenders."
-

Take on the role of one of four distinct Hero classes, and battle hordes of invading creatures by strategically summoning a variety of Towers & Traps throughout your Castle. Directly partake in the action-packed combat with your hero, while leveling up, gathering tons of loot, customizing & upgrading equipment, and developing your class abilities.

All of this can be played in seamless online multiplayer, as you cooperate and compete throughout the Campaign & Challenge Missions to build the strongest heroes and achieve the highest scores in the online kingdom.

Combining the depth of strategic gaming with the satisfying action of RPG character building, in a beautifully stylized toon fantasy setting built with Epic Games' Unreal Engine 3, DD is designed to be an addictive experience for casual and veteran gamers alike!

* Strategic Defense Meets Online Action-RPG
Choose your class, customize your hero & equipment, assemble your defenses, & participate in action-packed battle to preserve your castle against the invading horde! Each Hero class has a unique balance & set of weapons, towers, & abilities, for a different style of gameplay.

* Prove your legend by battling in the PvP competitive Arenas!

* Loot & Level-Up
Grab the mounds of money & items that your defeated foes drop, sell them or store them for later use in your Item Box! Getting Kills & Winning Waves earns you XP, which can be used to upgrade each statistic, your skills, your equipment, & your Towers.

*Fight your way up through the Castle!
Each level has a different setting, layout, enemies, traps, & distinct surprises. Four difficulty settings, which adjust rarity of loot earned. Survival Mode throws infinite waves of enemies until the heroes fall. Challenge Mode allows teams to tackle any mission with uniquely altered rules!

*A Mountain of Stats
Pore over your session reports to analyze team performance.

Created in collaboration with "Wildman" Steve Brill, Becky Lerner, Christopher Nyerges, and Winterroot you can learn to identify, cultivate, and prepare over 200 plants! • Identify using up to 8 high resolution images per plant • Add your own notes • West coast specific plants from Becky Lerner and Christopher Nyerges • New cultivation i…

**One of the most Unique Drinking Games ever to hit the Appstore** **Have you ever wanted to mix up a nasty drink as a joke?** Experience a hilarious time mixing up horrid cocktails with super disgusting ingredients! Choose from three unique characters and hundreds of different ingredients. Dave is your guinea pig and has to suffer through eve…

A smart tool for learning foreign languages. Point your phone's camera at any word and Worldictionary will instantly define and translate it. No need to manually type words or take pictures. This app will be your indispensable travel tool primed to give you translation on-the-go. 1. The instant "View and Translate" feature allows yo…

Going to Devoxx '11 and the proud owner of an Android Honeycomb tablet? Then this is a must have app for you! Devoxx '11 HD gives you access to the complete Devoxx schedule, displayed in a clear one page view per day. It also lets you access all the information by speakers, tags and even through a global search. You can also keep an eye o…

This tool calculates an incidence from the combination of the symbol. Please use it with Japanese-style Slot Machine.

The best app for the WhoDatNation. Not an official app of the New Orleans Saints or the NFL. This app follows the New Orleans Saints throughout the season. It's an entirely new version from it's predecessor. Easily, the best NFL team app available. Features: - Designed for android. - FAST - Schedule now features game times. - SaintsRepor… 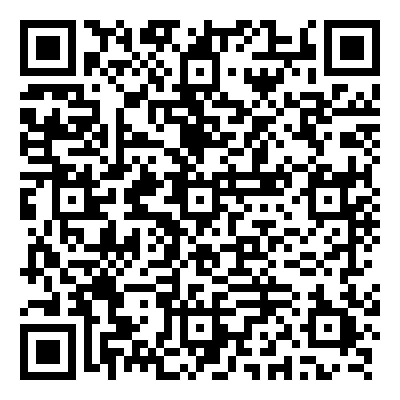 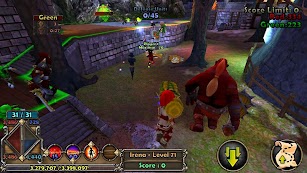 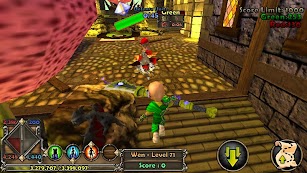 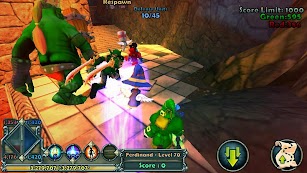 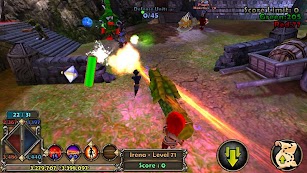