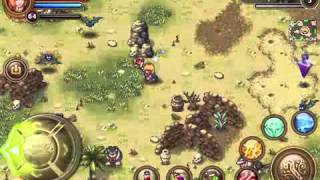 Exitium is an fantasy action RPG

In Exitium you embody one of the four saviors of Vardonia. You can choose among them, each with their own class: berserker, mage, palading and priestess. Bear in mind that each own specific skills that will affect the story somehow.

I have to admit that I'm a fan of this genre and I've already tried hundreds of RPGs on Android. Exitium is one of my favorites due to well-crafted graphics, old-style upgrading system, hours of dialogues and a hooking storyline. Likewise, it combines offline and online game features like "online flea market". That merging of real and fantasy makes the difference.

What's sure thing is that Exitium isn't boring at all: four classes, dozens of weapons, hundreds of missions and quests, skills, equipment and a huge world to explore ensures hours and hours of fun. Fast paced fights (not turn-based) using skills and magic will keep you glued to the screen.

In brief, a pure RPG as it always should be. Highly recommendable.

By far the biggest and most detailed game of its class; "Exitium: Saviors of Vardonia” is now on Android! FOUR characters to play!

Vardonia is a land in turmoil. Two rival kingdoms are at war, Arkan and Abylon. Wherever you allegiance may lie, all is not as it seems, as various plots unfold, revealing hidden agendas, and old, untameable gods and vicious monsters start to run amok.

A grand tale of intrigue, betrayal and redemption; discovery, sacrifice and glory, interlaced with fierce battles and challenging quests. Can YOU save the land of Vardonia?

BERSERKER
Close-range weapons, powerful, heaps of weapons and armor to use.

PALADIN
Close-range weapons, swift and nimble, tons of weapons and armor to try out.

4 distinct classes to play, based on melee or magic!

Online market; trade items found in the game with other players!

Huge number of quests and side missions.

Large array of weapons, armor, and garments to discover. Upgrade them at the blacksmith’s, and intensify them with magical gems.

Create your own items using things found on your journeys.

************* Free to play! A new, beautifully rendered action RPG from the makers of the highly acclaimed “Exitium: Saviors of Vardonia”. This cutely styled and wonderfully crafted RPG gives you the chance to utilize the powers of different creatures in your fight against a monstrous, re-awaking force of evil... The land has been at peace for f…

Warspear Online – the classic 2D MMORPG with millions of players from all over the world! Bestowed the award of “Best MMO RPG game” in 2015 by «BEST APP EVER AWARDS»! Download the game and all updates for free! Choose your side in the War of the Spear. Lead your army to battle in open PvP, stand shoulder to shoulder with your friends to defeat d…

A RPG-ish wonderquest in blackjack-land. Contrary to what it may appear, Sony's Suits and Swords isn't about tuxedo Hungarian fencing; but about clubs, spades, cuirasses and claymores. Oh, and magic. In a somehow distant cousin of Alice's Wonderland, the Joker has rebelled against the deck and making use of black magic has changed and controlled ev….

An amazing real-time 3D MMO Role-Playing Game you cannot miss! After centuries of peace, the darkness falls, having the land swallowed by blood and chaos. Lords of old days disappeared one after another, leaving man trembling and moaning in hopeless shadows.The Lord of evils opens his eyes in the dark, he is waking, he is waiting. … Where are the…

MOre than an action sniper game. This is the Chinese version of Contract Killer 2. For your convenience, you can read below our original review on the English version: The story repeats, in more than a sense. You play the role of a freelancer sniper with a golden heart who only accepts to kill bad guys and evil doers. You have to fulfill every miss…. 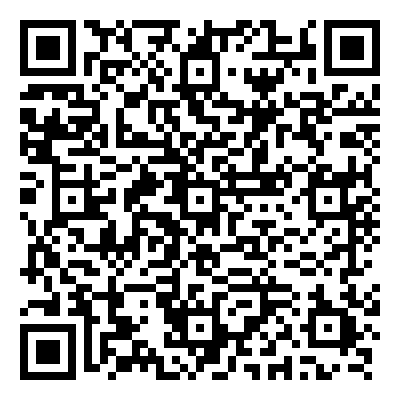 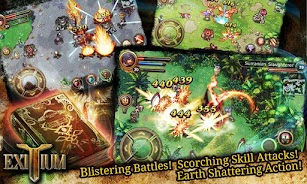 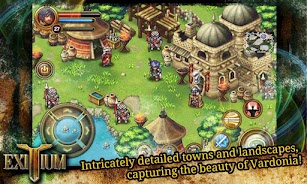 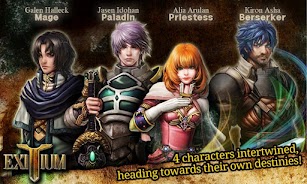 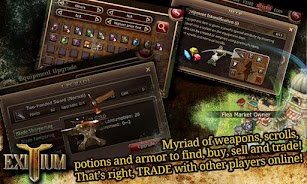