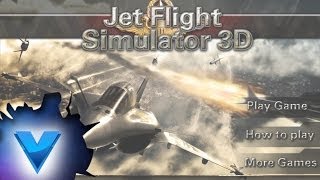 "Control tower, do you read me?"

Honestly, the first I do every time I review a flight simulator, no matter where it comes from, is to crash, the badlier the better, because there is where laws of physics must do their best. I can say in advance that planes in this game crash pretty well, especially when on sea. On land, physics work as they should, but you aren't delighted with the view of your plane in flames but a frozen screen and a sad message.

Graphics are average, which is indeed something good because it means it can run on a lot of different devices. Regarding sound, yes, there's sound if that's what you were asking, and also an option to switch it off.

Gameplay, which was why we came for, is shallow, to put it in a few words. It's closer to arcade than we would have liked, though there are some details that honor it. For example, landing gear is downed and raised accordingly, and you have to park your plane in a hangar or wherever. Missions are timed, so you'll have to struggle with the radar to get the maximum scores.

In conclusion, any of the titles in VascoGames's Flight Simulator series are worthy of be given a go by any flight enthusiast, and even non usual players of the genre may like it. However, they might not be as demanding and realistic as you would like, being sophisticated casual games in the end.

Are you looking for a game in which you can fly an advanced jet fighter trough the skies. Are you looking for a free fighter jet games that can teach you to fly like the best Navy Air force fighter plane pilots. Learn how to land and take off your F18 fighter jet plane from a carrier. So if you think you have what it takes to fly an F18 jet fighter. Here is your chance to get a taste o flying one of the most sophisticated aircrafts in the world .

If you accept this fighter plane challenge you need to clear all 20 missions successfully before you can call yourself a real fighter pilot. Your challenge is to get through your Basic fighter pilot training and put your pilot skills to the test on different mission where you will learn to push your F18 fighter jet to the limit of what it can take. 3D fighter jet simulator is a modern air combat plane simulator in which you as a fighter pilot can fly around in a F18 jet plane. During the course of the game you as pilot have the opportunity to fly 20 missions.

Main Controls:
Move the Joystick right/left, up/down to control the flight attitude of the fighter jet plane. Use the Throttle lever up/down to accelerate/decelerate (brake) the fighter plane.

Navigation:
You can read the navigation info on the radar screen to find the correct flight directions.

Change inflight view:
By tapping the cockpit icon you can change view, into the cockpit view. From the cockpit there will be an arrow that indicate the correct directions.

Game objective:
In each level you have a mission to accomplish, for example, you have to fly your plane trough the rings in the air or land your plane in the given parking point. You have to accomplish the mission with a specifies time limit. The more time left after completing the mission how bigger the medal reward.

3D Fighter jet simulator – game features
- 20 different airplane missions – landing , taking off, from airfields and carriers.
- New improved airplane physics.
- Change your view to Cockpit view .
- Fly an advanced fighter jet plane the F18
- Time challenge you could enjoy the scenery of the sky around you but time is not on your side. Bring your aircraft down before time runs out!
- Watch out for skyscrapers or else its mayday, mayday and that is not good for your flight career.
- Different airports and carriers to land your aircraft and to take off from.
- New aviation missions will follow.
- New airplanes will be added.

NOTE! Your plane will crash if it falls into the sea or crash into any building or into the ground. Also be careful with landing you need to hit the runway or else your plane will explode.

This is a new android 3D fighter jet simulator from VascoGames. Try to keep your aircraft in the sky, land your plane on different airports, take off from fighter plane carriers, and more. Have fun and if you like to know more about us like our Facebook or follow us on Twitter. So you can not only enjoy this cool new 3D fighter jet simulator be also be up-to-date about new levels other aircrafts and much more.

F18 Airplane Simulator 3D is the fun, exciting, new jet fighter plane attack mission based flight simulation. Take to the sky in super realistic army fighter jet airplanes. You have to take out your enemy's bases and vehicles situated on tropical islands! Use your fighter jet so you can take them out and return back to base safely accomplished.…

Get ready for part two of one of the most successful 3D flight simulator games on Google play! 3D Airplane flight simulator 2 has 20 new challenging levels for you as a pilot. This flight game is super cool for everyone that ever dreamed of working in the aviation industry. So if you want to have a career in aviation, let it take off with 3D Airpl…

Get ready to start up the engines, strap yourself into the cockpit. Don’t forget to check the dials and artificial horizon. If you are a big fan of free flight simulator games. Wait for the directions of flight control, then it is up, up and away with this flight game. This airplane game will give you a full feeling of the adventure of flying. Make… 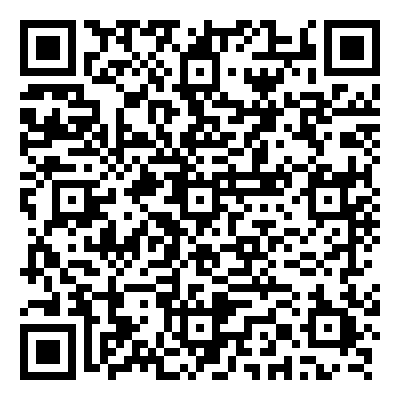 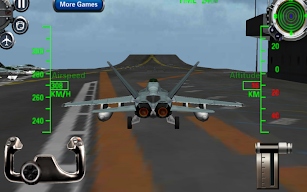 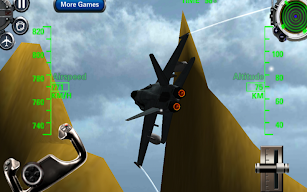 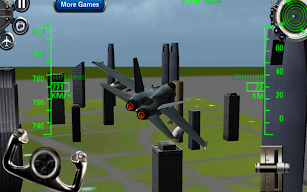 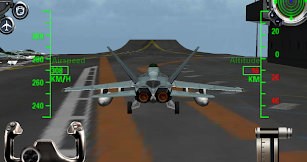 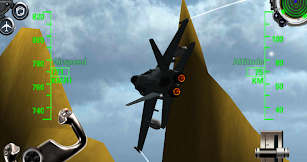 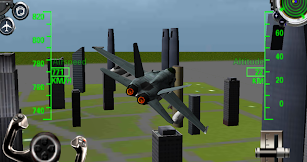 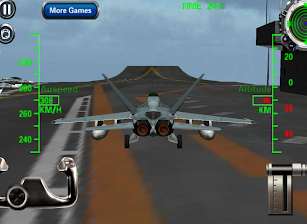 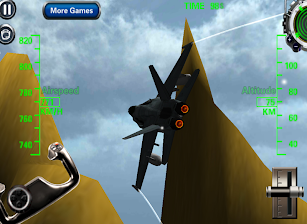 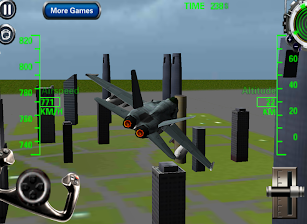