Tap on the screen whenever you come across an obstacle and be quick with the reflexes!

"Flipping gravity to save yourself"

Gravity Guy is a great arcade game for Android in which you live in a world where gravity laws are broken and Gravity Guy is the Hero, who needs to keep running in order to escape from the Gravity Troops and avoid all the obstacles by flipping the gravity, that is, tapping on the screen.

There are 30 levels and 3 worlds available but the best thing about this game is that it enables multiplaying, so you and your friends can compete together and see who is the best. The graphics are really good and the gameplay is pretty original comparing it to other similar platform games. Overall, this is a highly enjoyable game: both fun and hard and with excellent controls and many hours to play ahead.

Miniclip.com is the developer of Gravity Guy Free and full version, in case you want to play with no ads. Definitely, a great discovery for fans of action games and people who're looking for something different. We didn't find anything we didn't like, so don't forget to try it out!

THE LONG AWAITED SEQUEL TO ONE OF OUR MOST SUCCESSFUL GAMES IS FINALLY HERE! GET READY FOR GRAVITY GUY 2!

In a world where gravity laws were broken, a brave guy was held captive for rebelling and defying the rules! Being the first one ever to rise against the system, he found himself in danger, and in need to run for his life.

However, after being relentlessly chased down by the Gravity Troops, our hero was finally captured and beamed up to a space ship, only to find a terrifying truth: they were going to clone him.

As an evil plan to organize dangerous races across Gravity Guy's once free world, his DNA was collected and the cloning process began. Along with our hero, other inhabitants were also cloned, so that every time someone loses, the race can be restarted.

Our brave Guy now finds himself on top of towers running for his life, jumping from one platform to another, while avoiding many hazards placed across his path. Just tap the button on the right side of the screen to raise the lifts and on the right to perform a jump - which will definitely come in handy!

There are 7 different clones to be used, each with its own special abilities:
Neon, Troop, Girl, Slim, Beast, Mech and Beauty!

Collect coins and earn points in order to unlock new power slots, and level up to get bonuses. Choose the power up you want in your next level! You can use the coins to purchase the power supplies in the shop!

Any in-app purchase will remove the ads.

A simple arcade game with an endearing frog. Frog Jumpin is a fast-paced climbing-up game featuring a frog who just wants to get as high as possible. The gameplay is quite simple and you probably have it all figured out: tap the screen and collect all essential items while controlling the frog with the accelerometer, trying not to let the frog fall….

Gravity flip runner is a best geometry running games where physics helps as gravity switch the running track of our gravity guy runner in virtual gravity world. Grab the ultimate running games free on your device. In a world where gravity laws were broken, a brave kid was held captive for rebelling and defying the rules! Being the first one ever t…

8 Ball Pool features online games of classic 8 ball pool. Pool master in the house? Let's show it off! 8 Ball Pool by Miniclip allows users to connect with other users and play online turn-based 8 ball pool games. You can signup via Facebook Connect or Miniclip ID. By doing that you'll have your own profile and be able set avatar, view stats and ad….

Throw the mice and feed the snakes. Lazy Snakes is an Angry Bird-ish game where your goal is to feed all snakes so as to complete the level. How to play? Just pull the mouse back and release it so it can fly and get to the snake's mouth. As the game advances, there will be more snakes to feed, they will be in harder locations and you will have more….

Tower Storm is a RTS on rails. War isn't fair: winners take it all and there's nothing left for the defeated. That's the premise backing Tower Storm: conquer lands one-by-one in a massive fantasy world by dominating all the towers in the battlefield. Send your units towards the opponent's towers. Take them. Grow more units. Use special power-ups. T….

Tap on the screen whenever you come across an obstacle and be quick with the reflexes!. Gravity Guy is a great arcade game for Android in which you live in a world where gravity laws are broken and Gravity Guy is the Hero, who needs to keep running in order to escape from the Gravity Troops and avoid all the obstacles by flipping the gravity, that…. 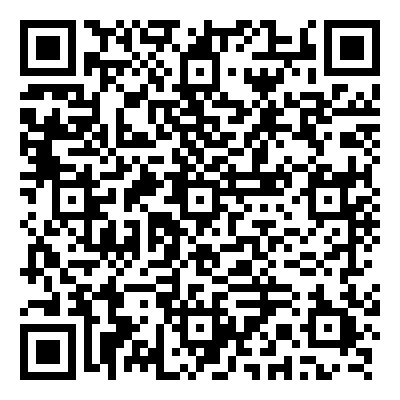