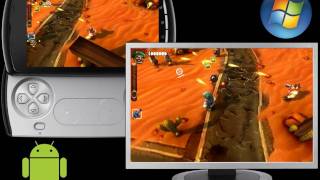 Guerrilla Bob is 3D shooter game that allows you to play single-player, CO-OP and online multipla

"Action, fun and bullets packed in a great shooter!"

Guerrilla Bob will bring the arcade times that time to your Android, no need to insert coin!

This version has been optimized for Xperia Play.

You're a guerrilla called Bob whose aim is to survive lots of enemies that want to see him dead. The only way to achieve it is by killing them using different weapons: machine gun, timed bombs, molotov cocktail, grenade launcher... and many other. You will have to collect money from the enemies and use it to buy weaponry in the store. Control Bob with a screenpad, acceptable screentouch response (not perfect). Controls lack of intuitiveness: it's a bit complicate to get the hang of it.

There are different game modes: Story Campaign, split into Arcade mode, where Bob fights for fame and Mercenary mode , where Bob fights for fortune. The Classic Survival Mode is the endless one. In the Wave Attack Mode you have to face hordes of baddies. Unlock areas and power-ups as you progress through levels. You can also choose between two difficulty levels: easy and hard.

Guerrilla Bob is set in stunning 3D graphics. It works properly in the most of the latest devices with Android 2.2 and later. Games like this one makes upgrading worth. No chance for low-end devices.

Apart from the graphics, its main strength is that Guerrilla Bob has a multiplayer and its online leaderboards (OpenFeint). There's also a CO-OP multiplayer mode using local Wi-Fi. Let's get united with your friends to to finish off enemies.

Guerrilla Bob has been developed by Angry Mob Games, an emerging developer. They've just launched two games so far, Bob Guerrilla in both iOS and Android and Predator in iOS.

Just one more thing: after the initial download there is a second much longer one. So do not expect to play immediately.

Guerrilla Bob merges great graphics, addictive gameplay and different game modes (including multiplayer). For us three ingredients that make up the recipe for success.

This version of Guerrilla Bob is especially built for the Xperia Play. If you have any other device, please download this version: https://market.android.com/details?id=com.angrymobgames.guerrillabob

"iPad Game of the Week" - January 2011, iTunes
"Achievement in Art" Finalist in International Games Festival Mobile Awards 2010
“Top 10 most anticipated iPhone games for 2010 – It's everything we've been asking for in a twin-stick shooter: depth, variety, and rewards. Guerrilla Bob finally delivers the three elements of which others in the genre have been so starved.” – PocketGamer
“John Rambo has nothing on Guerrilla Bob.” – GameTrailers
“More gunfire and explosions than a Michael Bay action trilogy.” – Cinema Blend
“The art design is phenomenal. I said oh, wow! That's something else.” – TouchArcade

KICK-A*S WEAPONRY
Bob can collect money from the enemies and use it in the shop to unlock a huge variety of weapons, each with their own upgrades:

FAST-PACED SHOOTER COMBAT VERSUS DEADLY ENEMIES
Face an army of fearsome foes wielding weapons of every variety. This is a challenge not for the faint of heart!

EPIC BOSS FIGHTS
The gateway to each new level is guarded by imposing boss enemies with uniquely powerful weapons and tactics. You will even have to face John Gore himself!

A VARIETY OF GAMEPLAY MODES
Dive into the Story Campaign where Guerilla Bob fights through dangerous canyons, steep deserts and dreadful towns. The story mode is split into Arcade mode, where Bob fights for fame, and Mercenary mode, where Bob fights for fortune. Alternatively, engage in Classic Survival Mode where endless enemies come at Bob from all directions in a closed arena environment. In Wave Attack Mode you fight waves of baddies and access the shop to purchase new arsenal. Extra difficulty modes are for players who think they’re experts!

ORIGINAL SOUNDTRACK AND PROFESSIONAL VOICES
Immerse yourself into this humorous military shooter with an original soundtrack and professionally scripted voice-overs.

OPENFEINT LEADERBOARDS AND ACHIEVEMENTS
Players can see how they compare to the best digital soldiers in the world via a comprehensive scoring system, online leaderboards and achievements through OpenFeint!

CROSS-PLATFORM MULTIPLAYER
Guerrilla Bob features CO-OP Multiplayer using local Wi-Fi. Players can join forces to overcome the toughest bosses, balance their equipped weapons and help each other out when in trouble.
Using Cross-Platform Multiplayer, players will be able to connect a Mac, iPhone, iPod touch, iPad, PC and Android device.

If you like games like Ikari Warriors, Gun Bros, MiniGore, Pew Pew, Meteor Blitz, Commando or iDracula, this game is for you.

Meltdown is a tactical arcade shooter featuring both singleplayer and intense online multiplayer. Become the most skilled soldier, choose your weapons, get the best upgrades, buckle up and start your mission. Be careful, each enemy has it’s own combat style, special AI and gear. Adapt to them to survive! FEATURES 30 Random Generated Levels 10 Upg…

Epic Evil Twins is an beat'em up inspired by the classic with a revamped scenery. If you enjoyed arcade beat'em such as Streets of Rage and Double Dragon, you'll have a blast with Epic Evil Twins. Yet another Zombie invasion. The storyline isn't original, it's true. But it works, doesn't it? We love killing zombies. Advance through the streets blow….

Plot:  Mankind is at war and under attack from aliens, robots and cyborgs! Manage combat unit “Cyber-sphere”  to defend the base amongst the stars from the advancing enemy across the planets. Use armoury such as missiles, energy weapons, support drones, camouflage and explosions to destruct the enemy. You can fight alone or join forces with other p… 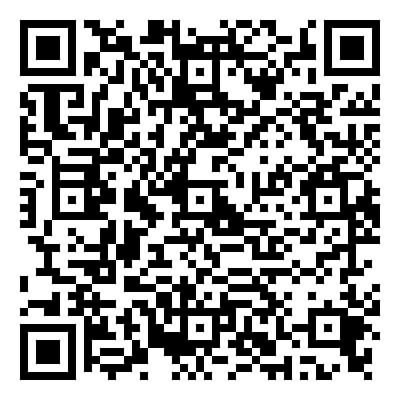 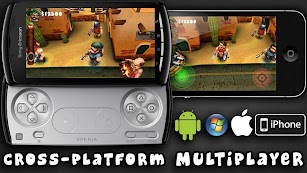 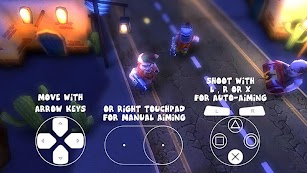 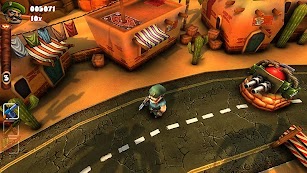 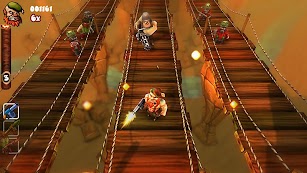 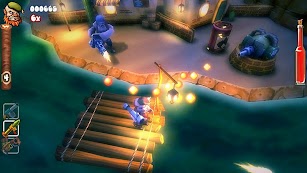 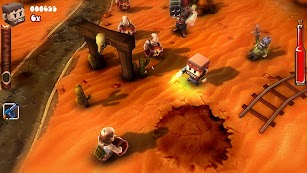