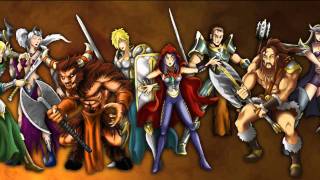 A tactical game based on a fantasy world

"What kind of dicecraft is this?"

Half a tactical game and half a RPG, Hero Mages would come to be, if we had to sum it up in a sentence, like a Heroquest game multiplied by a thousand, which focuses in tabletop-like battles as well as other elements characteristic of trading card games. There are thousands of possible combinations and it can be enjoyed online along friends and not-so-friends alike.

It's obvious that there's been a lot of work regarding gameplay, as the amount of in-game rules bear can witness to, all of them working behind the curtain. Players only have to point and click and let the AI decide the result of your action. As you get the grasp of it, you will start to strategize what you do and optimize your turns.

It falters somehow when we have to talk about design. It isn't bad at all, even though the top-down view doesn't favor it, but we are too used to RPG and fantasy games meaning outstanding artwork, which is not the case.

This "gold" version allows to create your own maps and other several options which were locked in the free"silver" version.

Hero Mages is a turn-based tactical strategy fantasy game that combines the fun of role playing games (RPGs) with competitive and cooperative cross-platform multiplayer gameplay. Designed and developed by a single individual driven to share his passion for gaming with the world, Hero Mages also blends the best elements of tabletop miniature and collectible card games.

Hero Mages is played from a top-down perspective allowing the player full visibility over the battlefield. Each player commands a party of three fantasy heroes, including a powerful mage. Equipped with a set of dice and a hand of cards representing magical spells, players take turns commanding their party of heroes. With the power to unleash the wrath of the elements, summon heinous creatures, and manipulate the world itself, the player's mage is their ultimate hero as they leverage skill, politics, and luck to eliminate their enemies and emerge victorious!

>Multiplayer: Cross-platform, real-time, and asynchronous turn-based multiplayer are supported! Play free for all, team, and cooperative games with up to 8 players or computer opponents per game from all over the world via web, Android, and iOS!
>Six tutorial campaign missions entertain your sense of fantasy RPG humor as the precocious characters of Papillion teach you how to play this simple yet compelling game
>Over 80 diverse spells and abilities offer limitless opportunities for creative strategies and intense, climatic struggles
>6 unique playable character classes to build your offline and multiplayer battle party (Sorceress, Fighter Mage, Warrior, Paladin, Rogue, & Bard)
>Expand your playable character roster and create custom levels via In-App purchases
>Play on any screen! Hero Mages will automatically adapt to fill the screen of your phone, tablet, or computer window, including Sony dual screen tablets!
>Robust multiplayer statistics tracking and leaderboards
>Rejoin Live Games – Spectate live games or rejoin a game if you lose your connection

Hex Commander: Fantasy Heroes is a turn-based strategy game that will put you right in the middle of war between Humans, Orcs, Goblins, Elves, Dwarves and the undead. Build a mighty army and lead your troops into victory using the unique skills of your heroes and units. Make use of terrain covers and buildings to boost your statistics and outwit yo…

A PvP puzle game. The first that catches your attention is that this multiplayer puzzle game asks for Google sing in, something that we see more and more frequently and shortly will become a standard. Hero Forge also jump onto the bandwagon of mixing genres and styles, in this case combining a sort of 3D Mahjong and typical fantasy characters such….

A tactical game based on a fantasy world. Half a tactical game and half a RPG, Hero Mages would come to be, if we had to sum it up in a sentence, like a Heroquest game multiplied by a thousand, which focuses in tabletop-like battles as well as other elements characteristic of trading card games. There are thousands of possible combinations and it c….

A RPG simulator. Welcome to the last RPG and the last simulator game left to be done, a game that combines all the stuff we love best: we have retro graphics, MIDI-like music, multiple saving slots, true RPG chatter and, overall, a free ticket to ride a Delorean and go back to our beloved early nineties, when Larry Elmore drew what Gary Gygax dream…. 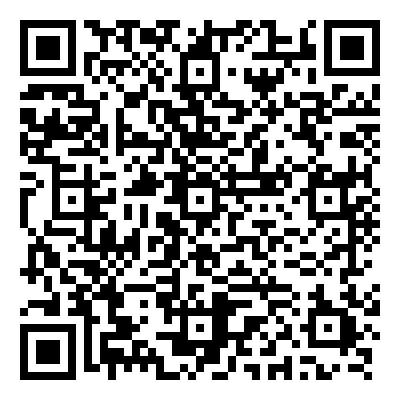 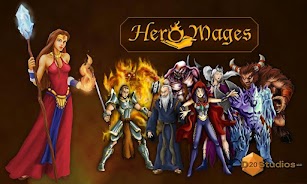 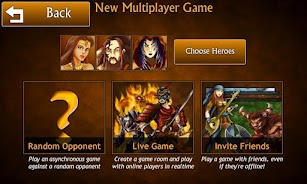 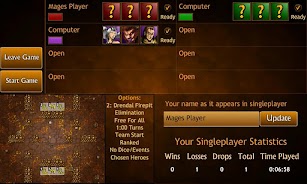 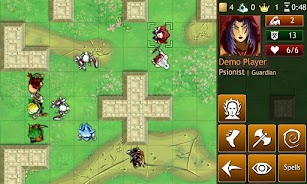 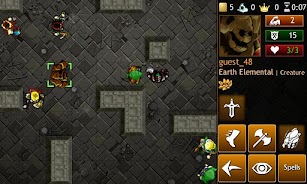 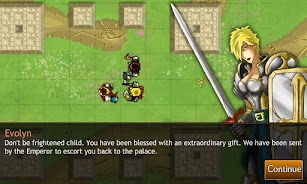 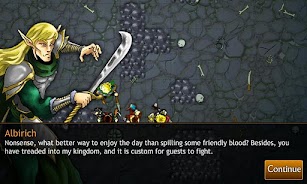 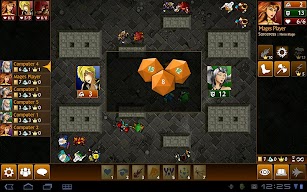